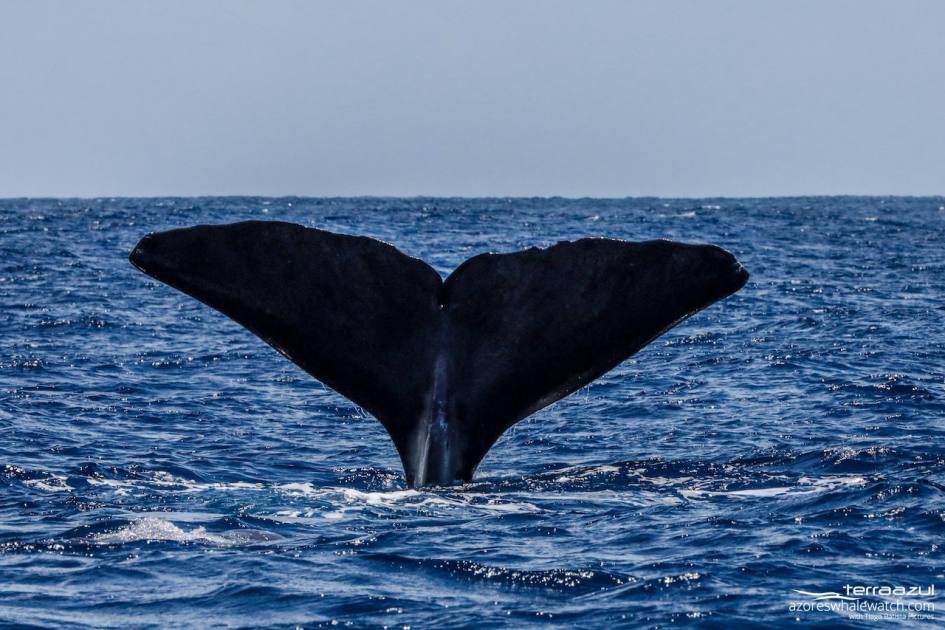 Today we had perfect weather conditions for whale watching. The ocean was flat, the visibility was good and there was a looot of life :-).

We started our morning tour with the sighting of a group of Common Dolphins (Delphinus delphis). They were close by the coast, swimming calmly around our boat.

Cruising to the west, a couple of miles out we saw some bird activity ahead of us. Dolphin alert! A large pod of Atlantic Spotted Dolphins (Stenella frontalis) was hunting on fish. We were also able to see some calves. 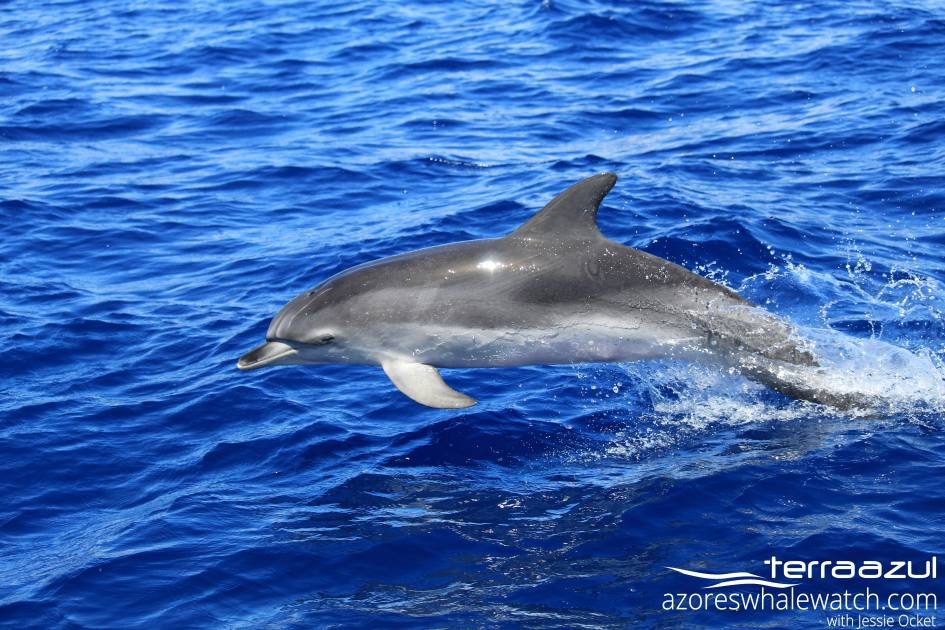 Later on we received a call from our lookout. He’d been watching a Sperm Whale (Physeter macrocephalus) for a while, but the whale was diving. By experience we know that deep dives from Sperm Whales in our area last about 40 to 45 minutes. He was already down for 40 minutes when we arrived in the whale zone, so we knew he would appear soon. Indeed he did, a couple of minutes later the massive bull showed up. What a giant, definitely about 18 – 19 meters long, which is the maximum size of a male Sperm Whale, and which is a lot bigger than our boat 🙂

Not so much later followed ‘le moment suprême’: the whale lifted its majestic fluke to go for a deep dive! 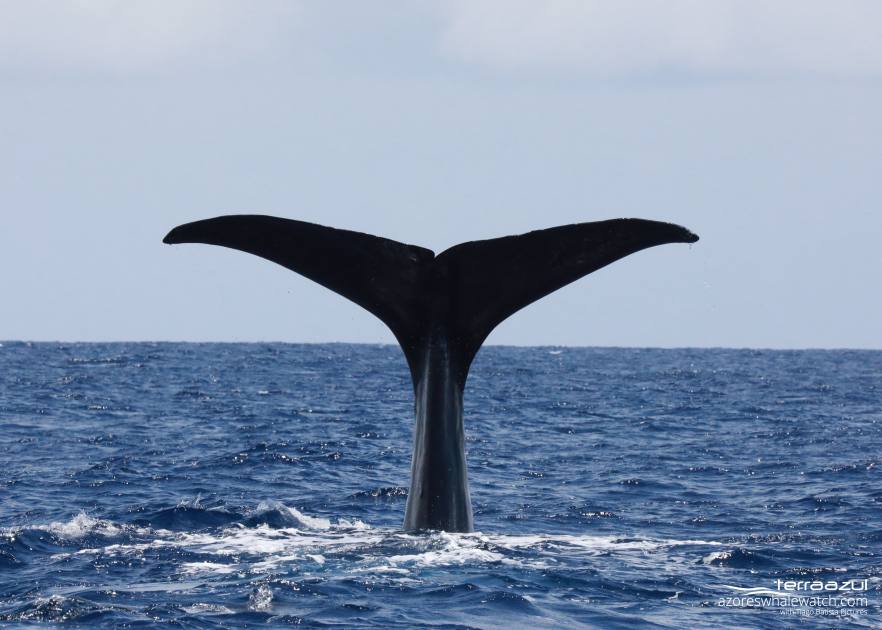 As if this wasn’t enough, in the afternoon tour our guests also got to meet an other ocean giant. A Sei Whale (Balaenoptera borealis) was wandering around about 12 miles out to the west in order to find some food. Sei Whales are the third longest whale, reaching a maximum length of almost 20m. 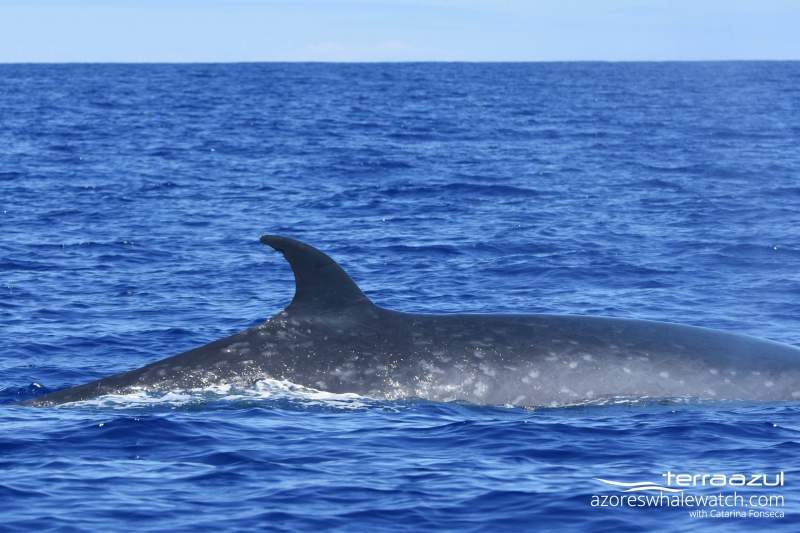