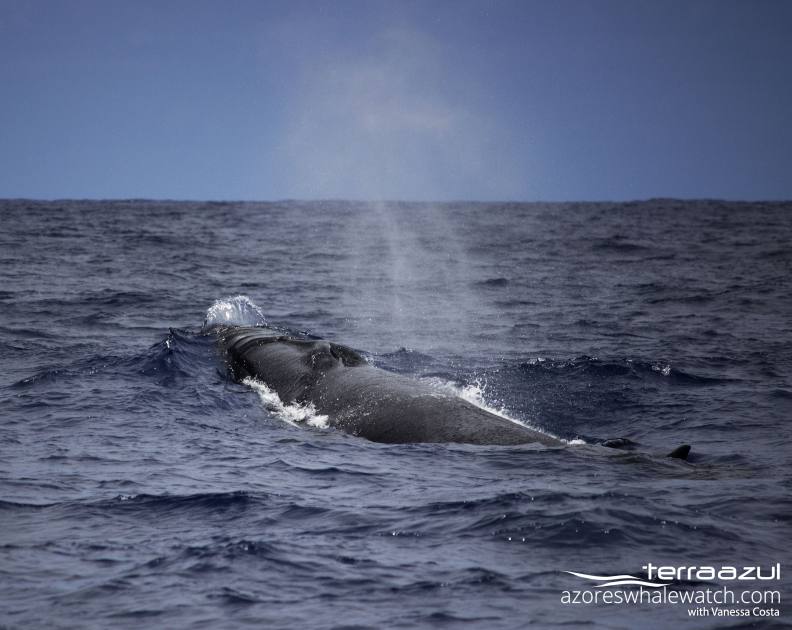 Whale watching has to remain a mystery? How fun is it not knowing what you will find and then just enjoying nature.

This morning while leaving the harbour and extraordinary encounter with two Sei Whales (Balaenoptera borealis) occurred. Sei whales have been classified as endangered, so how lovely is it to find not one but two animals swimming in front of our beloved town following their migration route up to the Northern Atlantic parts.  According to a recent survey there are only 80,000 individuals worldwide.

We navigated and continued our course sighting a massive pod of Short-finned Pilot Whales (Globicephala macrorhynchus) these resident populations of the Canary islands and Madeira often visit the Azores, and when sighted it just breathtaking to see them totally synchronised and “logging” (Remaining at the surface like a log) in the water. 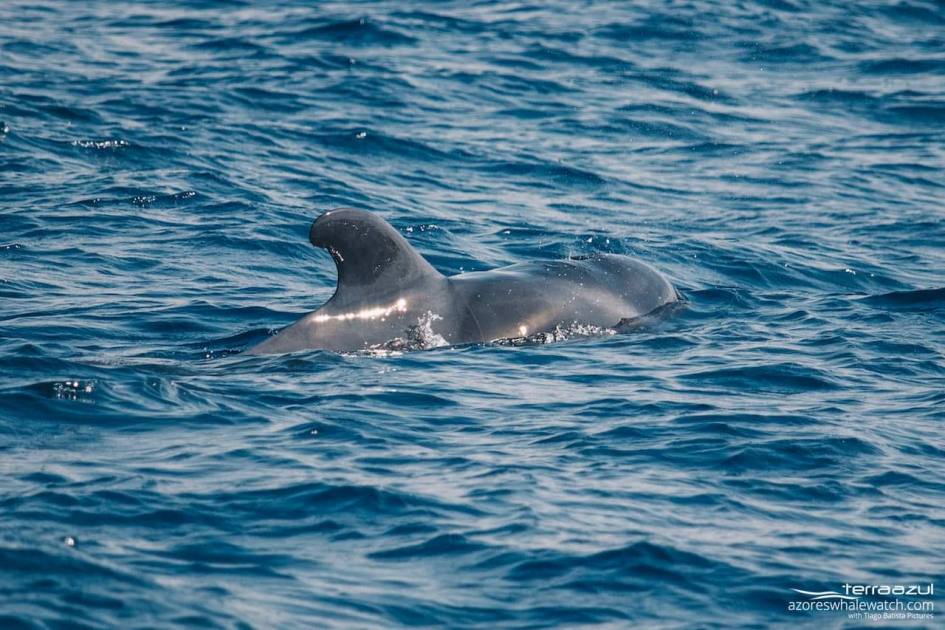 Not only we have sighted four female Sperm Whales (Physeter macrocephalus) that have stayed together the entire day meaning we have sighted them in both our morning and afternoon tour. We can’t get enough of these queens of the ocean.

But to be honest there has been a little star stealing the spotlight this past few days. The curiousness these dolphins display just make it clearer that it is a crime not to protect our beautiful waters around the world for big and small creatures that inhabit them. 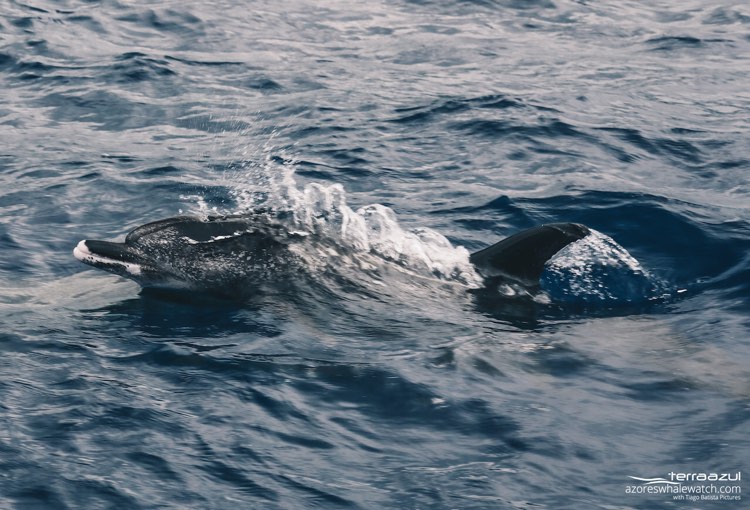 Atlantic Spotted Dolphin surfacing with a white coloration on its snout

So an exciting day where a lot of life was thriving in the Ocean.  😉 What a lovely thing to say <3