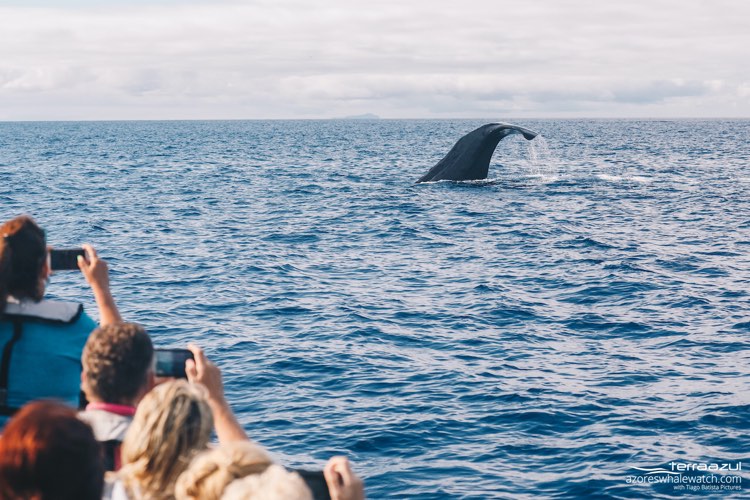 During our recent trips, Terra Azul guests and crew had some BIG surprises out on the Atlantic Ocean…and no, I am not referring to the several individuals of baleen whales sighted off the coast of São Miguel 😉

I am talking about some extra large Sperm Whale (Physeter macrocephalus) males that come to visit us, probably looking for chances to mate. One in particular, looked even larger than our most sighted male, also known by the island ‘vigias’ with the nickname of “Mr Liable”. Actually, HE has been spotted approaching some matriarchal pods in the Azores central group just a few days ago and HIS absence from São Miguel waters might have prompted the arrival of competitors. 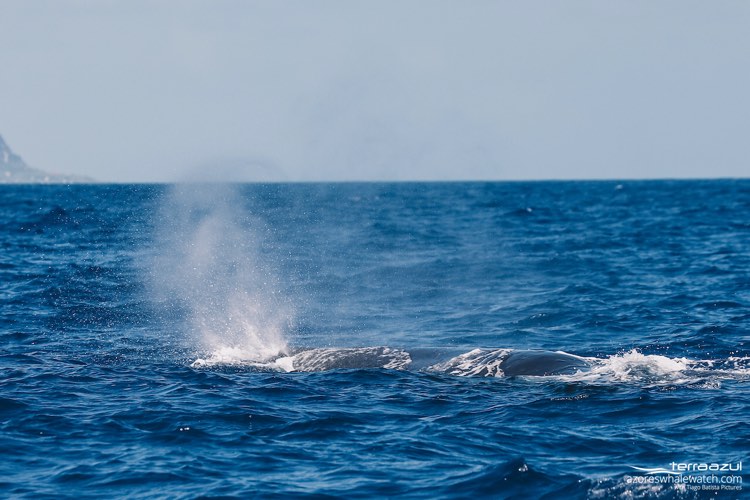 Large Sperm Whale males were highly priced kills for the whalers as their heads contained hundreds of liters of spermaceti oil, the main reason why these majestic creatures were hunted in first place. Whalers aimed to fill the holds of their tall ships with barrels full of the precious liquid before to head back home from each high sea expedition. This task became harder and harder as sperm whale population was getting decimated in the North Atlantic, to the point that North-Eastern American expeditions had to venture to the South Atlantic and then even to the Pacific Ocean. As consequence, the sex bias of Sperm Whale populations grew larger and larger, and the selective removal of sexually mature males likely complicated the recovery of the species after the end of commercial whaling.