Souls of the Ocean 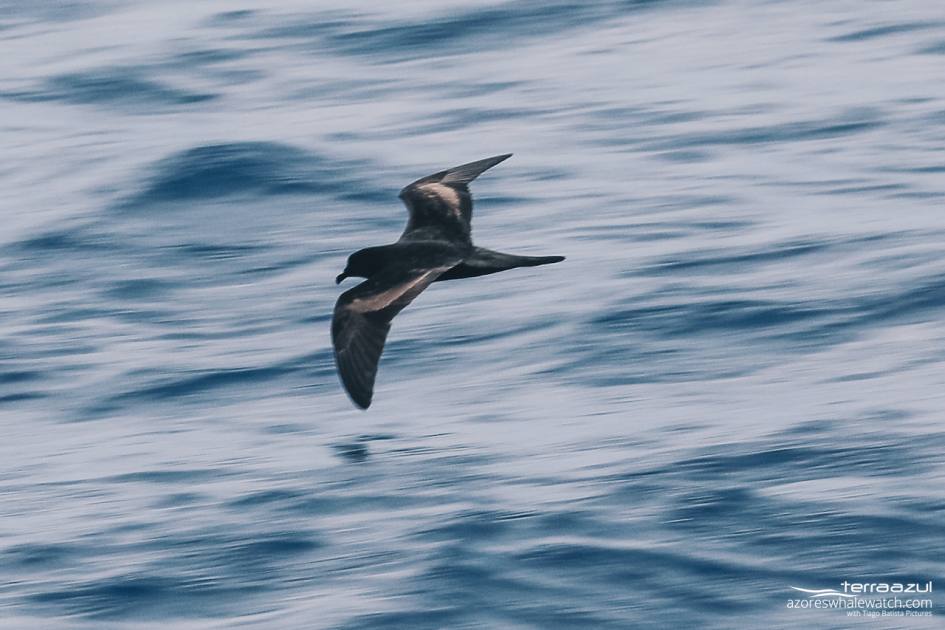 Another day out on the Ocean, another mix of amazing sightings!

After a brief morning encounter with Striped Dolphins (Stenella coeruleoalba) we got literally surrounded by a Sperm Whale (Physeter macrocephalus) family pod! It was really amazing to have a glimpse into their daily routine: Adults foraging and filling the depths with their echolocation clicks, mothers nursing their calves, juveniles socializing with their unmistakable codas. If you want to hear how they sound, put your earphones on and enjoy this underwater recording from Terra Azul Team! 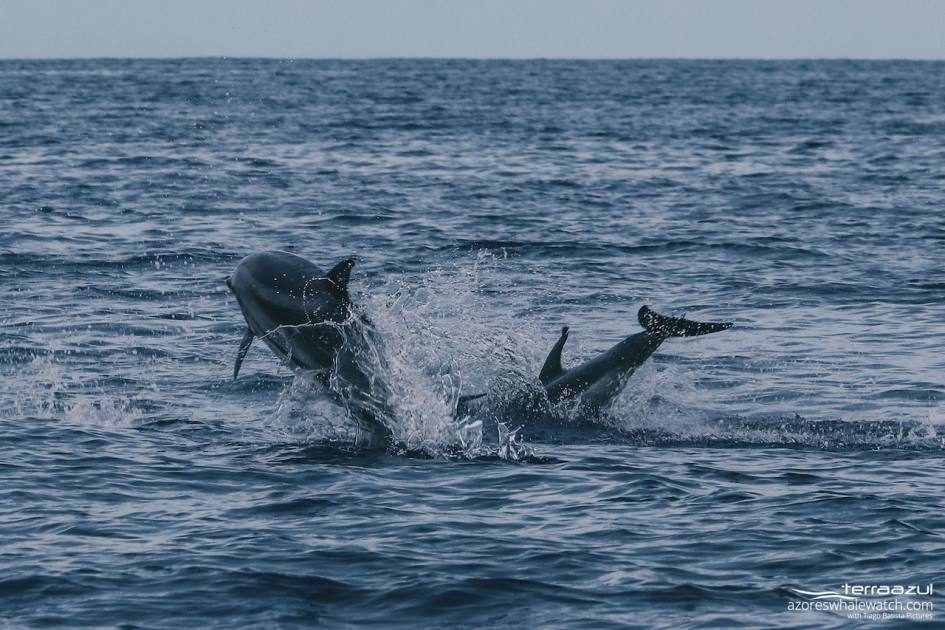 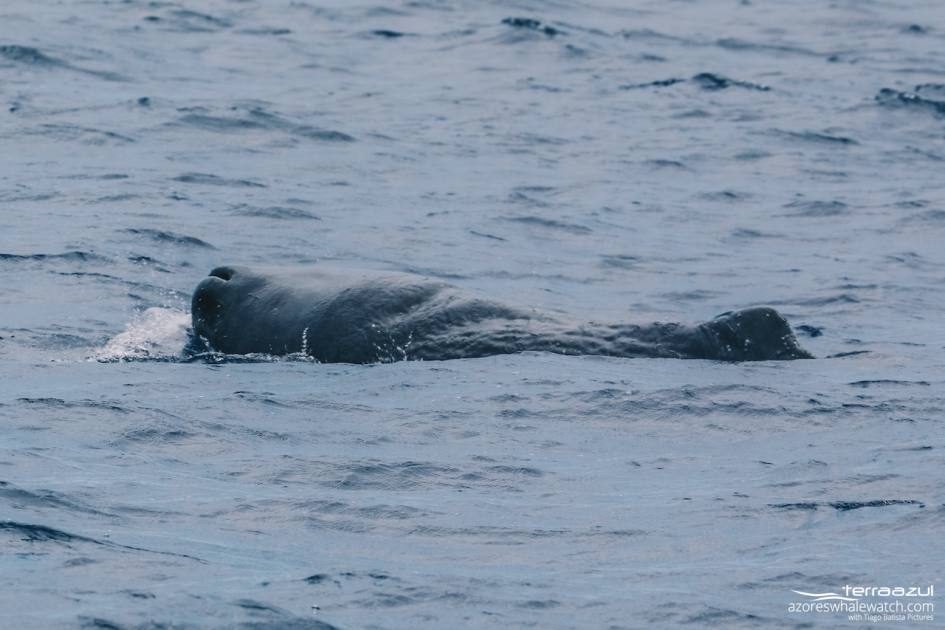 In the afternoon, we followed the Sperm Whale matriarchal pod until we almost reached the Easternmost tip of São Miguel, helped in the search by the exuberant jumps of two calves! Futhemore, some very special seabirds appeared soaring over the waves: Bulwer’s Petrels (Bulweria bulwerii)! Their black silhouette well explain their Portuguese name “Alma Negra”, “Black Soul” in English. As they approached the boats, our skipper Tiago was even able to take a picture of one of these superfast birds! 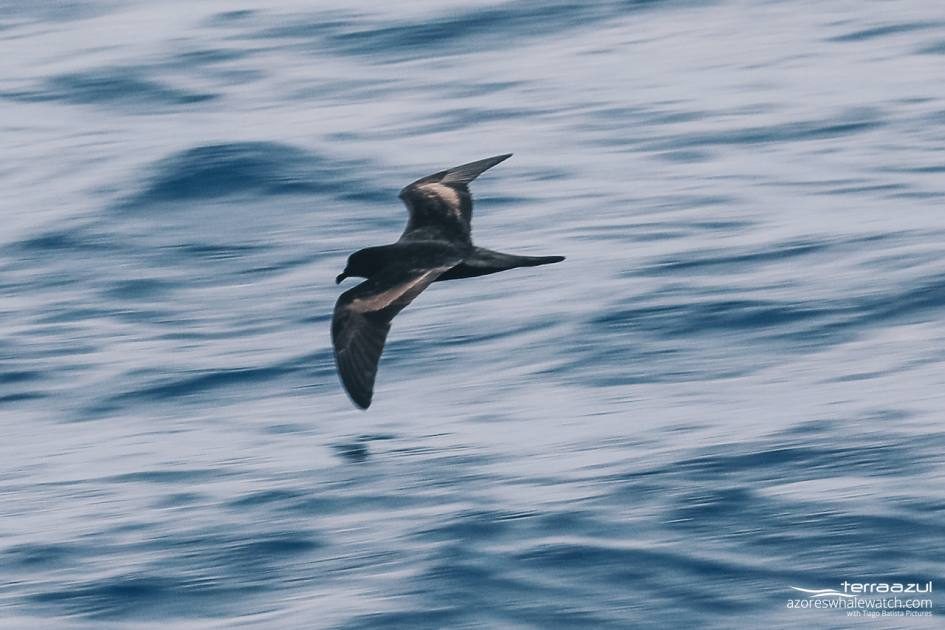