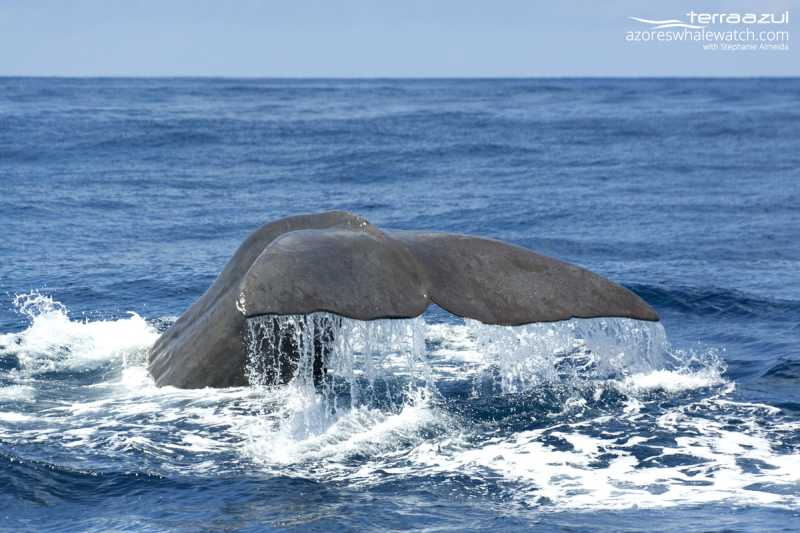 On the picture above, we can see a Sperm Whale tail as it is diving. These whales can dive up to 3 km in depth and the dives  can last in between 45 minutes and 2 hours.

They dive to these depth to feed, since they mostly feed on squids. And when they start a dive, they show their fluke like seen in the previous picture. It is one of the most anticipated moments when we sight Sperm Whales.

But how can Sperm Whales make such deep dives? Their body is prepared for it!

They have a flexible ribcage that colapses compressing their lungs. This prevents the lungs to burst on their way up to the surface after they feed. Their heart rhythm slows down to spend less oxygen and they also store it differently that we do. They keep most of the oxygen in their blood as we keep it mostly in our lungs.

It’s thought that the spermaceti organ may also be involved in buoyancy.

The Spermaceti is an organ on the Sperm Whale head that is composed of wax. It is used for echolocation and buoyancy ike mentioned before. And it was one of the main reasons why they were hunted. it was used to make candles, cosmetics, pharmaceuticals, oils and others.