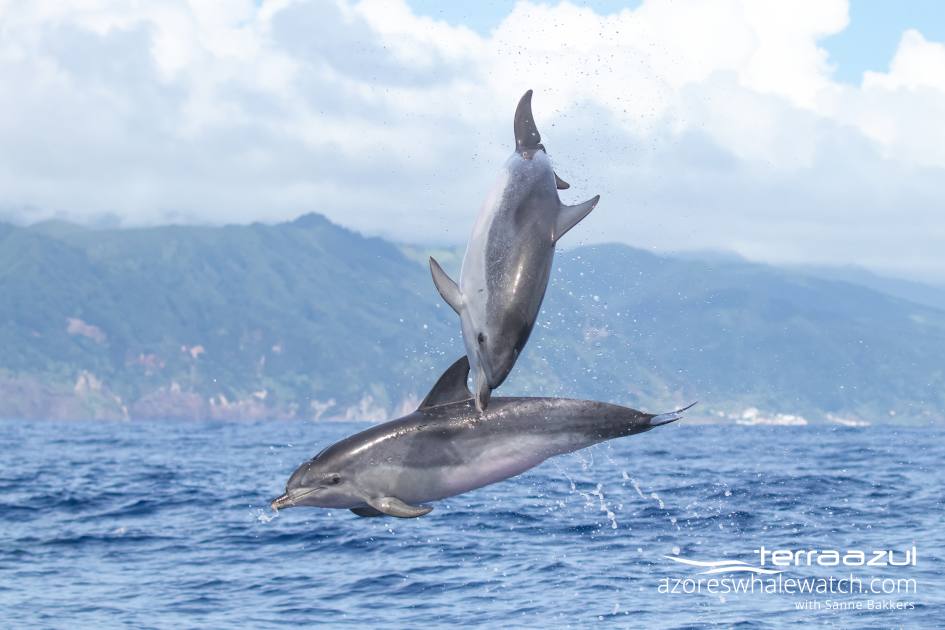 Don’t forget your sunblock, because summer isn’t over yet here in the Azores! The third day of September brought us very calm sea conditions and a whole lot of sunshine. Out at sea we usually find ourselves in a different environment. Exposed to the elements, it’s often colder and more windy than on land, so it’s generally wise to come prepared with appropriate clothing. However, today the sun was shining strong and there was absolutely no need for warm jackets or rain coats.

Our day started with a sighting of Risso’s Dolphins (Grampus griseus). The group was widespread and contained many mother-calf pairs. Some of the calves were very young. One was perhaps not more than a day old; a tiny baby with a floppy dorsal fin and very clear fetal folds! After a short observation that made our hearts melt (one small calf decided to initiate a mini breaching spree!), we left the area to see other species. 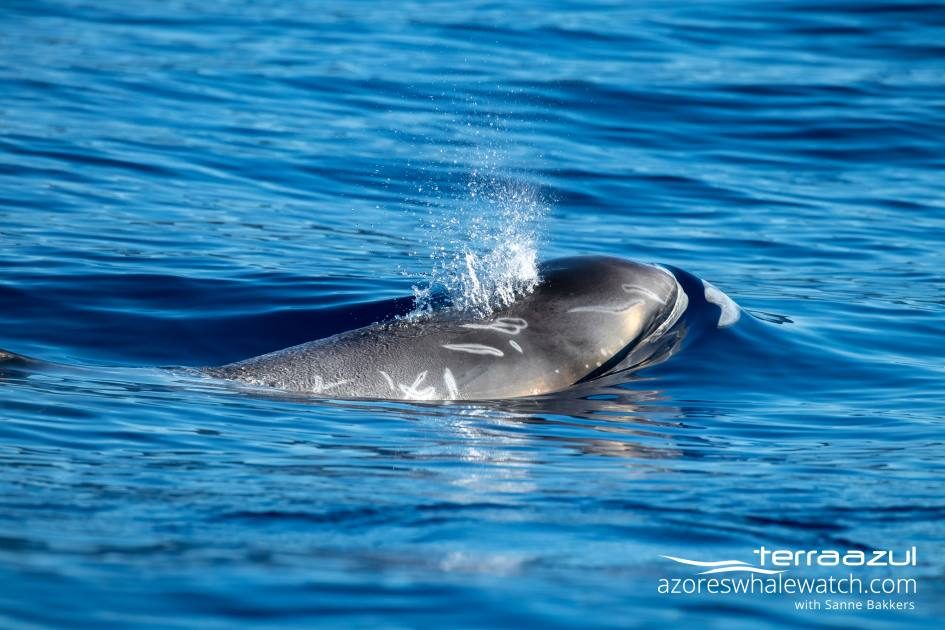 The next species we encountered were the Atlantic Spotted Dolphins (Stenella frontalis). It was an active group of at least 100 dolphins, including many calves. They were everything but shy, and even some mother-calf pairs were seen leaping alongside the zodiac. 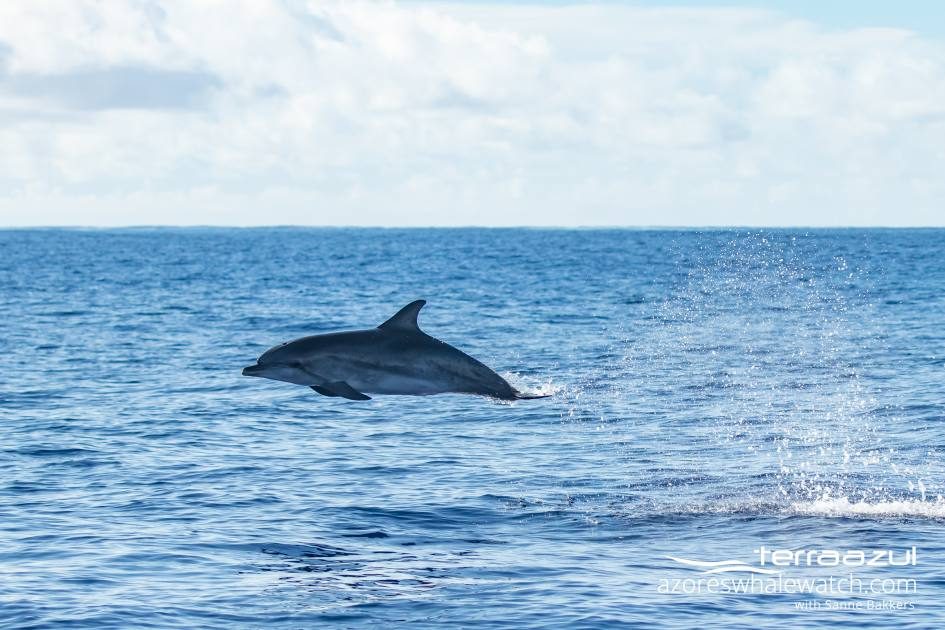 Atlantic spotted dolphin zooming out of the water like superman in flight!

For sure, all these dolphins and babies set a happy mood aboard our zodiacs, and the trip wasn’t even over yet. We finished our morning tour with a family of Sperm Whales (Physeter macrocephalus). The first pair we observed were a female with a calf. Shortly after we watched another sperm whale resting at the surface. We got to see it fluking up as if she were to go on a deep dive. However, it did not! It turned around and came back, sending a long series of rapid clicks in our direction. The whale was investigating our zodiac! The whale wasn’t visible on the surface for a while, but we could hear the whale clicking underwater thanks to our hydrophone…UNTIL it swam right underneath the boat and stuck her “nose” out of the water several times after distancing herself a little bit from the boat. 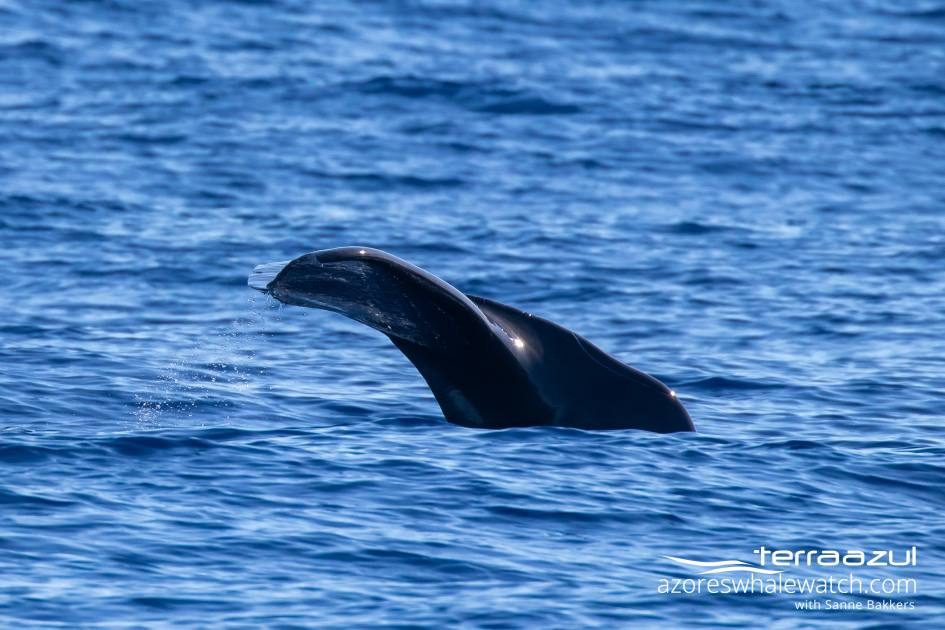 Sperm whale fluking up before a NON feeding dive.

It was an exciting morning for us all. May the new generation of sperm whales and dolphins that we met today grow up healthy and strong. Now let’s see what the rest of the day will bring us!