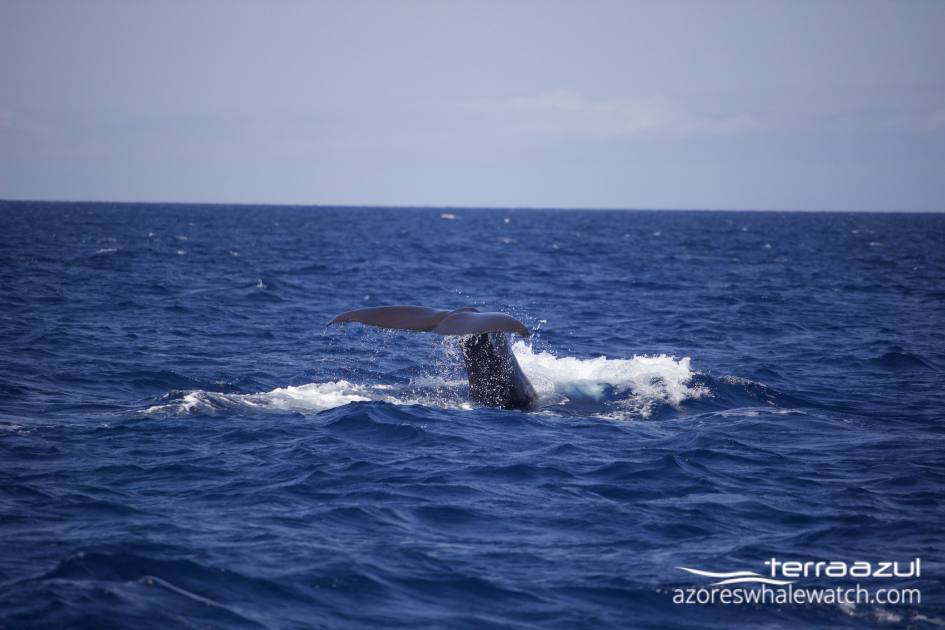 Mornings are all about being active !

Getting up early, having that great healthy breakfast and enjoying a nice running spree. Well I guess today the male Sperm Whale (Physeter macrocephalus) that was sighted was feeling quite energetic.

While Marylou our guide was explaining the anatomy of the biggest toothed whale, just behind her a massive male decided to breach. Everybody saw it but her, trades of the field 😉 !

Usually adult Sperm whales do not engage in breaching displays yet we have seen a couple of times this type of behaviour. The true nature of a breach is unknown, it can be sighted as aggression, male dominance, rubbing off parasites, having fun… Yet one thing is for sure the splash was seen from the coast, and boy it was impressive.

A 17-18 meter male weighing 30 or more tons for sure is going to make an impression.

After such a display the navigation continued in order to reach a pod of Common dolphins (Delphinus delphis), the pod had a few babies being protected by their mothers and swimming rapidly in order to locate food. Dolphins spend most of their days foraging, travelling, socialising or resting. I guess humans are not that different. 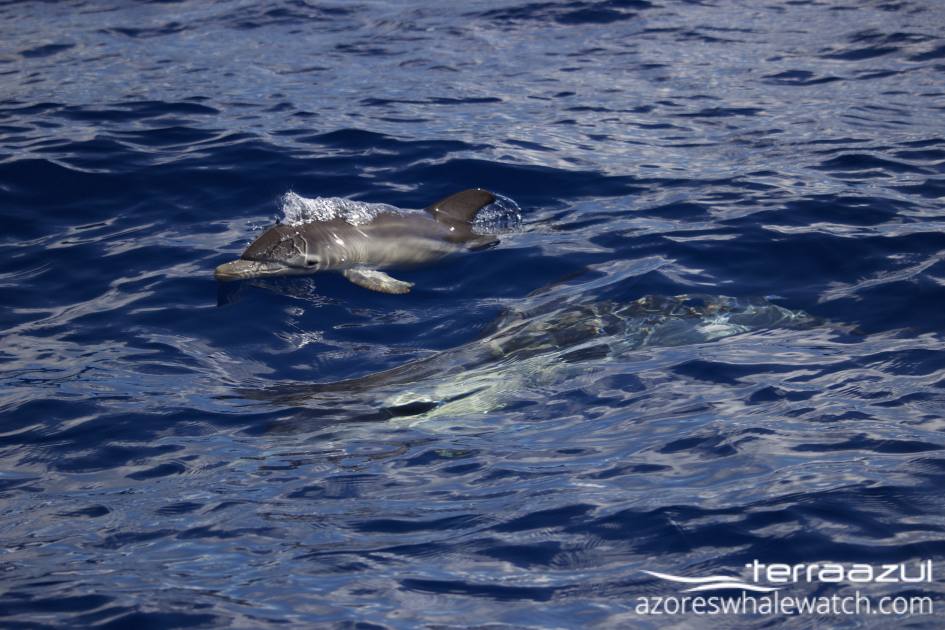 Mother and Calf swimming alongside

So today be like a Sperm Whale and enjoy a fun healthy activity, put on some tunes and jump around!