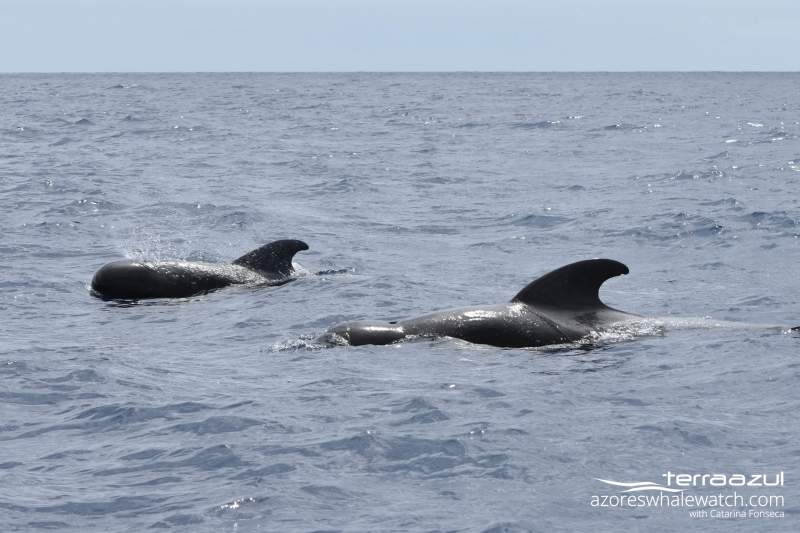 Today was a dolphin day, but a very special one! We had resident species, migratory and even occasional species 😀

To start the day we had a group of Bottlenose dolphins travelling along the South coast and we could even see them fighting! 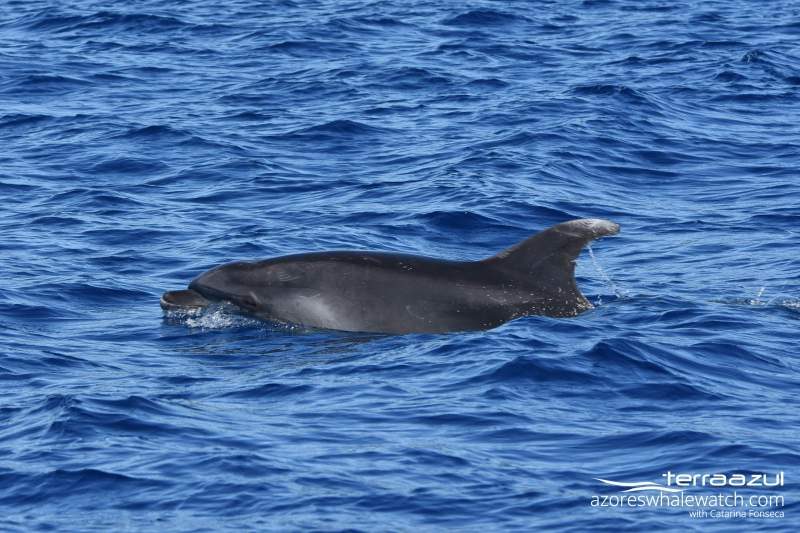 Bottlenose dolphin – doesn’t it look too sweet to fight? 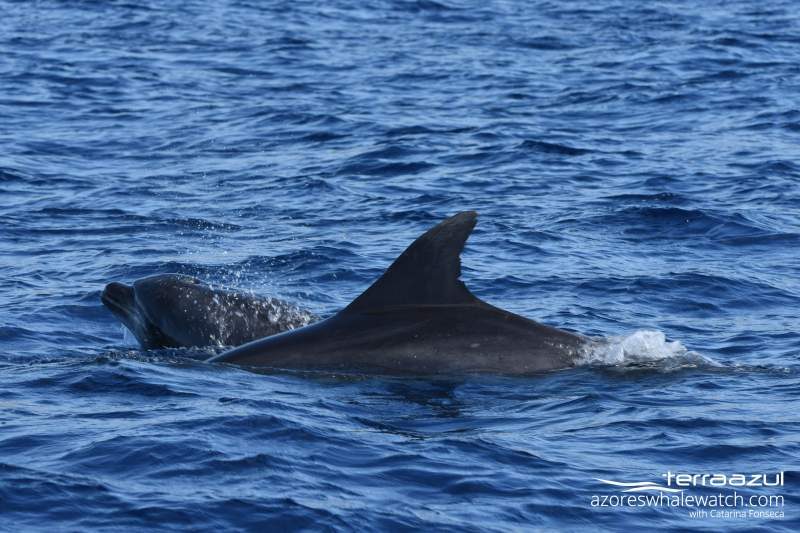 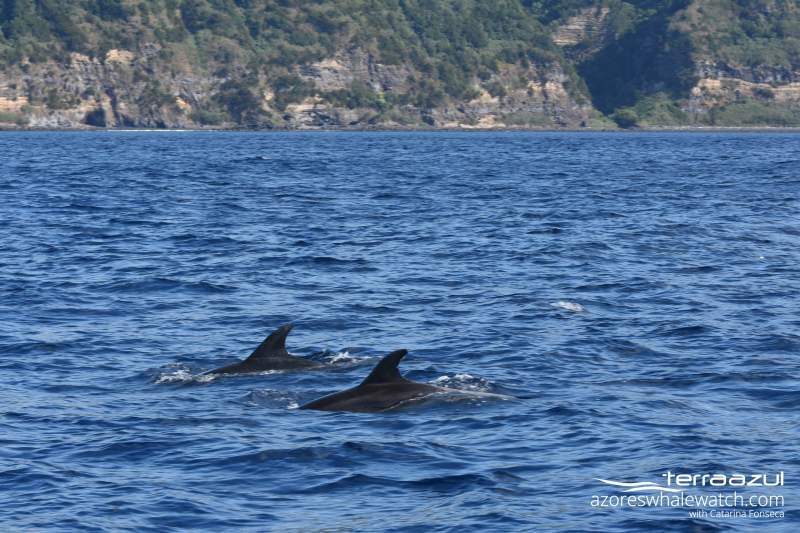 Bottlenose dolphins nearby the coast

The Common dolphins and Atlantic Spotted dolphins came along to say hi in all of our tours! They were very calm and relaxed, having breakfast with the Cory’s Shearwaters and swimming close to the boats and showing off their babies and beautiful colours and patterns. 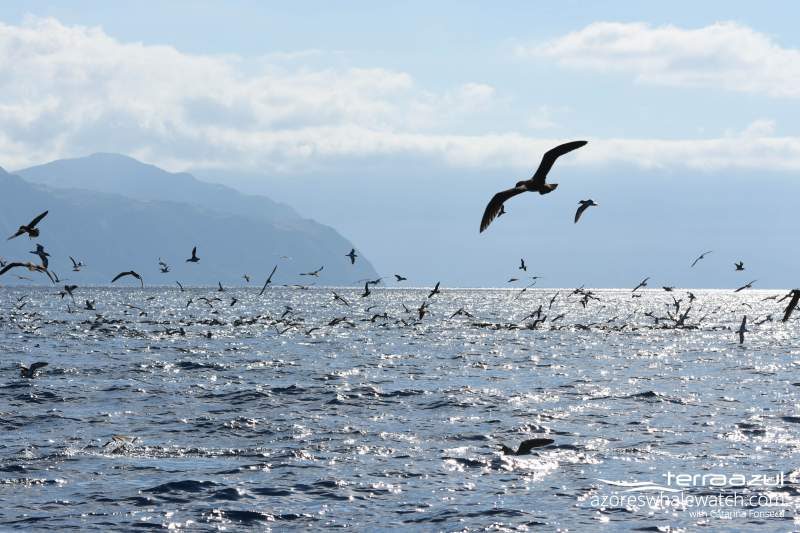 Cory’s shearwaters having some breakfast 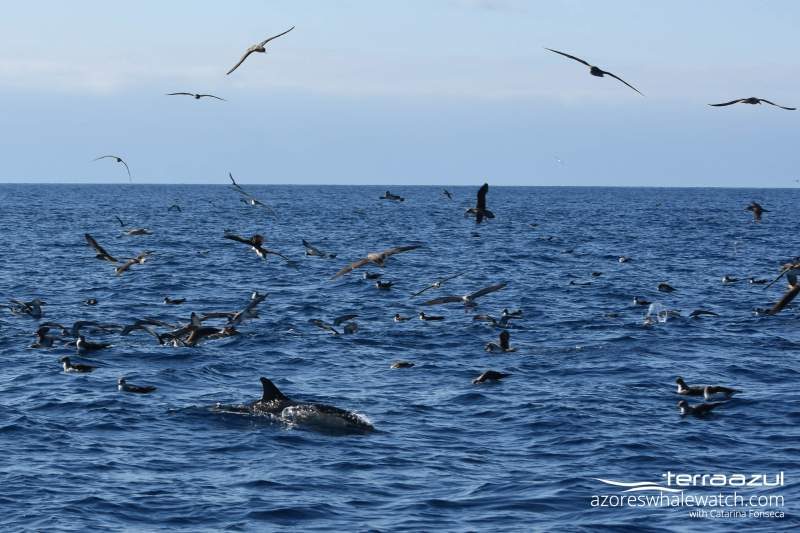 Common dolphins in a feeding frenzy with the Cory’s shearwater

The Risso’s dolphins also wanted to get the in the “Sweetest Calf of the Summer” competition and a group of females brought their babies for the public to score 🙂 It is still being debated who won… Who do you think should win? 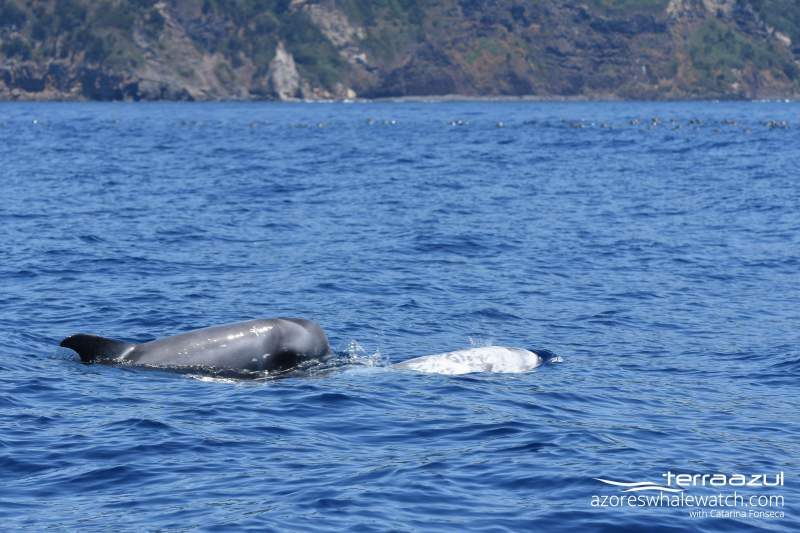 Risso’s dolphin calf – when they are born, they are completly grey and become white with age 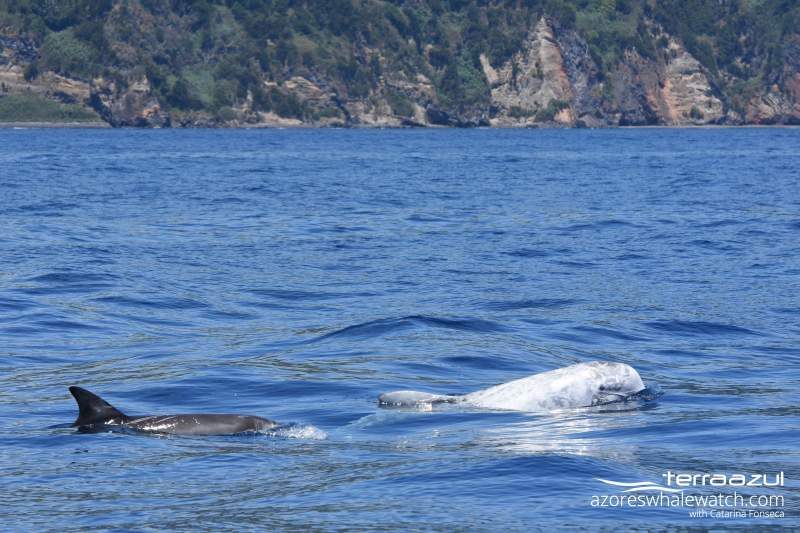 Risso’s dolphin mother with her calf

To close the day on a high note the Short-finned Pilot whales decided to make an appearance! Did you know that, with 6,5 m and after the orca, they are the second largest species of dolphin? You can read more about them here 🙂 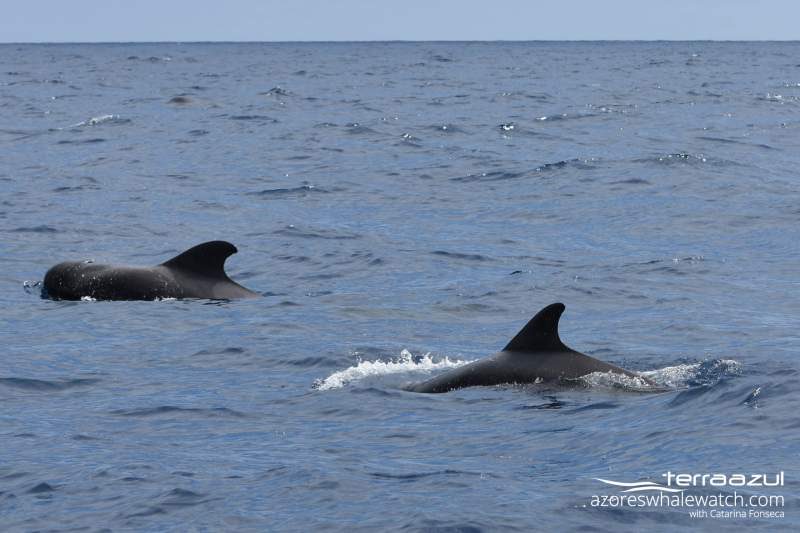 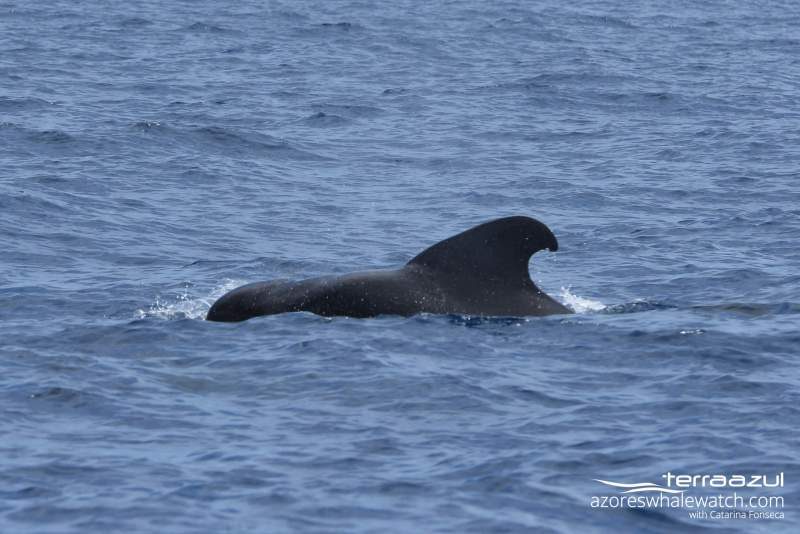