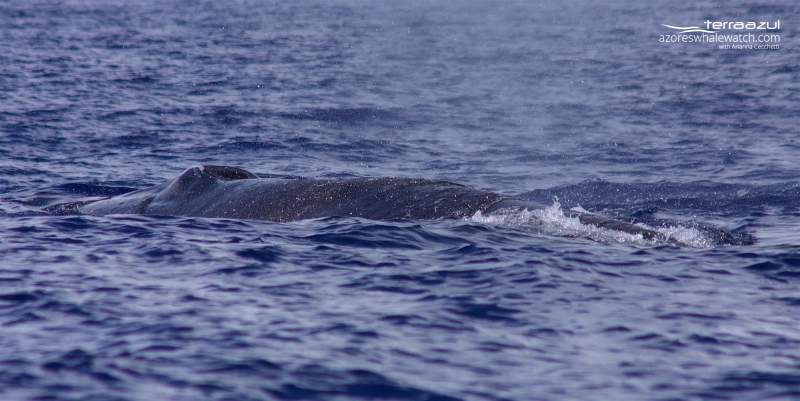 This morning it seemed like all animals were having an extended weekend rest. Oh they were there! But they were definitely on energy-saving mode and going slow. 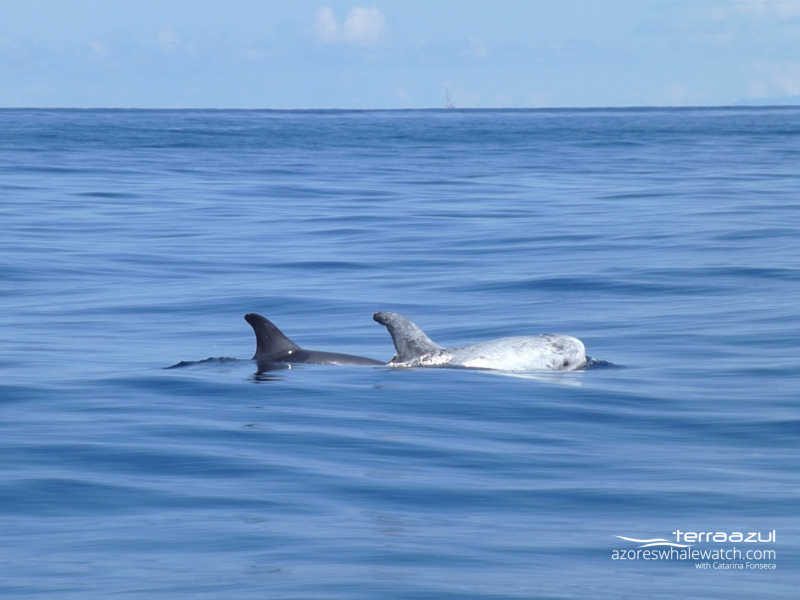 After this we went off to (hopefully) see a Sperm whale. After waiting for almost 1 hour the whale finally appeared from the far distance, but before we reached it, it already showed its tail from far away so unfortunately we didn’t get to see it. Then the whale stayed under for an undetermined period. So lots of deep diving time for Mr. or Mrs. Sperm whale today! However, in the late afternoon a male individual possibly the same one, was showing itself on all its majesty: the head was remarkably prominent and the blow powerful. After checking our boat, which was stopped, it stayed few more minutes at the surface to “recharge” itself and getting enough oxygen to take a deep dive…and there it was, the fluke sliding down the surface 🙂

Contrary to the other dolphin species, the Atlantic spotted dolphins were really active; gathered in large numbers they were jumping alone or in pairs for the joy of our whale watchers! Socializing and foraging were the two activities observed for these huge groups and because there were many and kept swimming back and forth, the swimmers could easily watch them from a different perspective 🙂

To complete the day we also saw a sei whale. It was an adult, which was travelling and eventually started foraging too. We had to go quite far out to see it and the swell was quite high so before confirming it was a sei whale and not a Bryde’s whale we had to wait few surfacings as the head was often covered by the water. 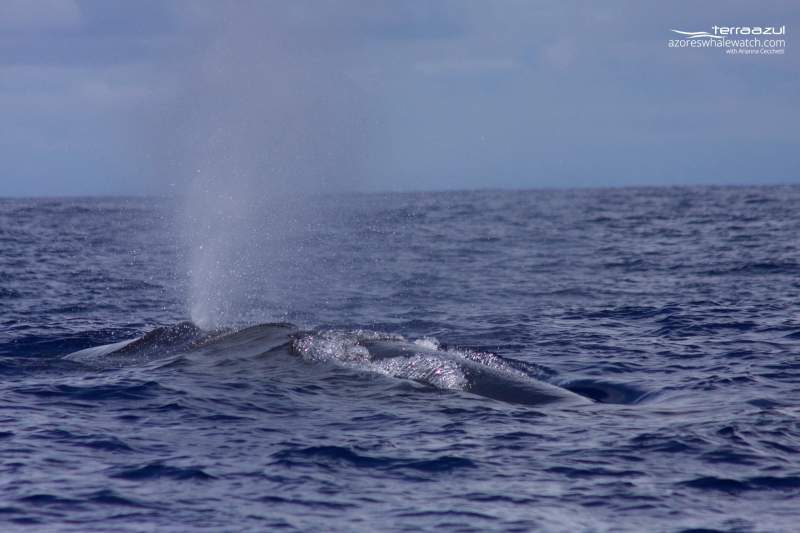 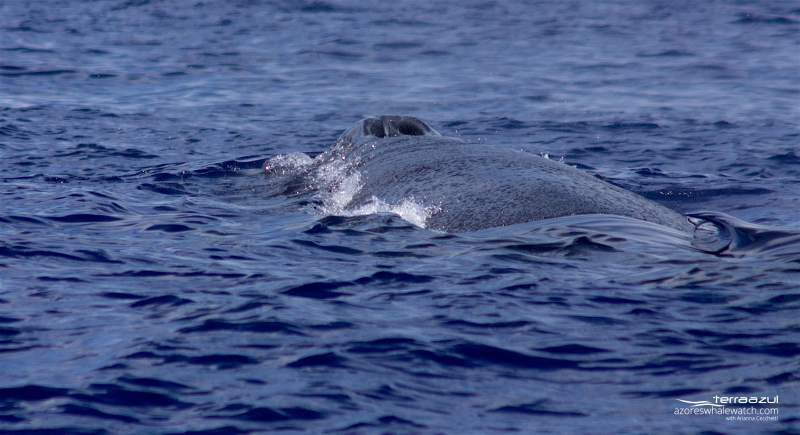