The fins are here! 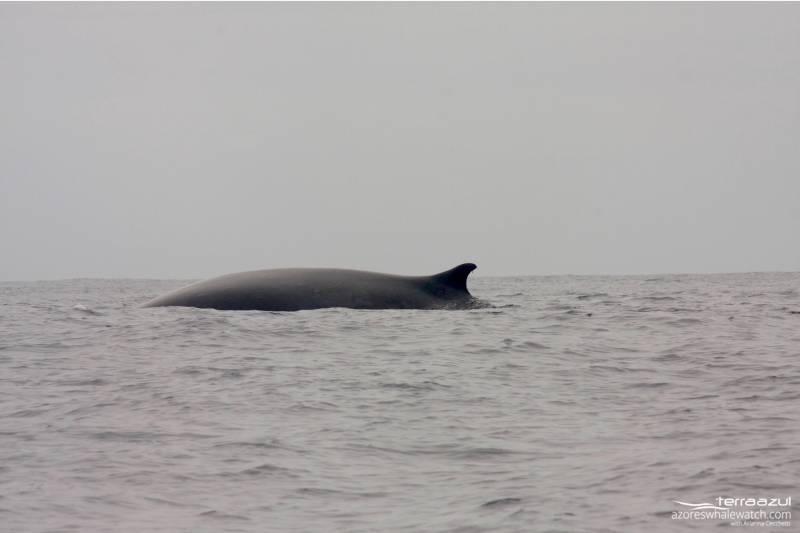 In the morning our boat left the harbour to see the whales. After a while we arrived in the area near to a fin whale. Patiently we kept looking at the sea and we were lucky. Soon we were able to observe the fin of a young fin whale.

We changed our position to see adult ones. Later on they passed our boat very close. 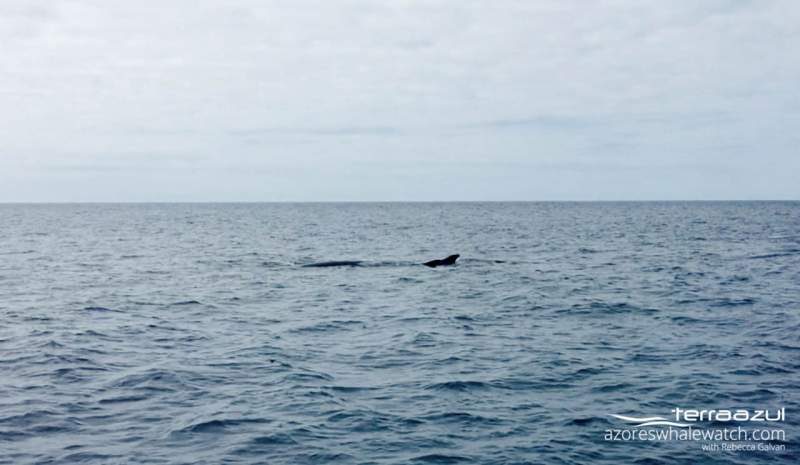 On our way back, we were able to spend some time with Common dolphins.

We also swam with a group of Common dolphins in the morning, as it was such a great day to swim! The sea was calm and the dolphins our best friends 🙂 Some curious individuals came to see what was happening around us, for the happiness of our swimmers! 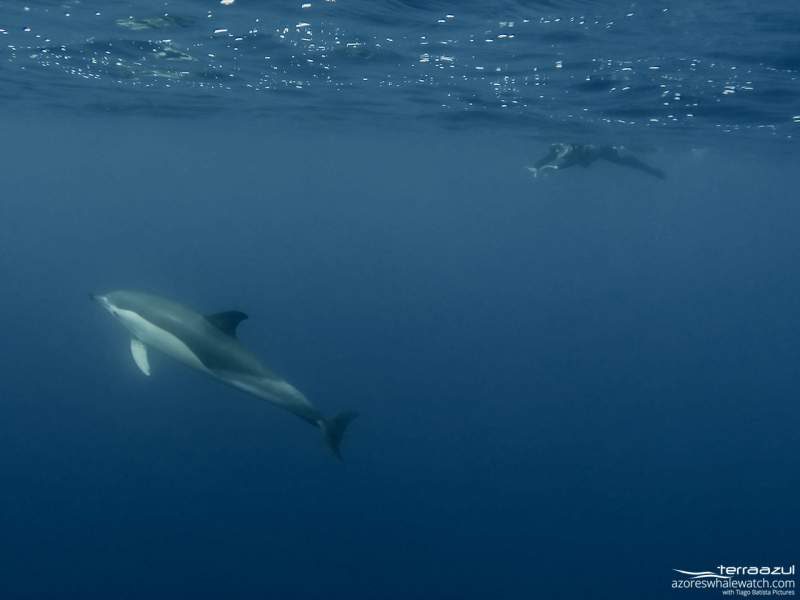 Later in the day we saw again the Fin whales. A double pair, two adults and one adult and a calf. They were foraging and quite erratic in their movements. During the encounter with the first pair we saw a storm petrel passing by. Storm petrels that breed in the Azores are the Madeiran storm petrel and Bulwer’s petrel. These species have a typical zig zag way of flying accompanied by short glides and are less commonly observed than their larger cousin the Cory’s shearwater. However, today strange enough the shearwaters were almost missing. We saw only few resting at the surface closer to the shore and none during our encounters with whales! 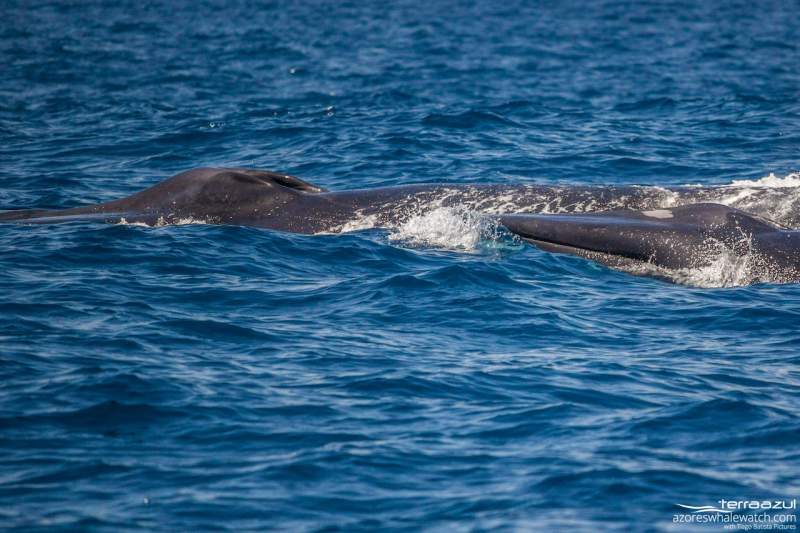 In the late afternoon swimming we had a curious group of Common dolphins that came to check out our swimmers. Since the dolphins soon decided they had enough playing, we had time for a quick visit to the Vila Franca islet. 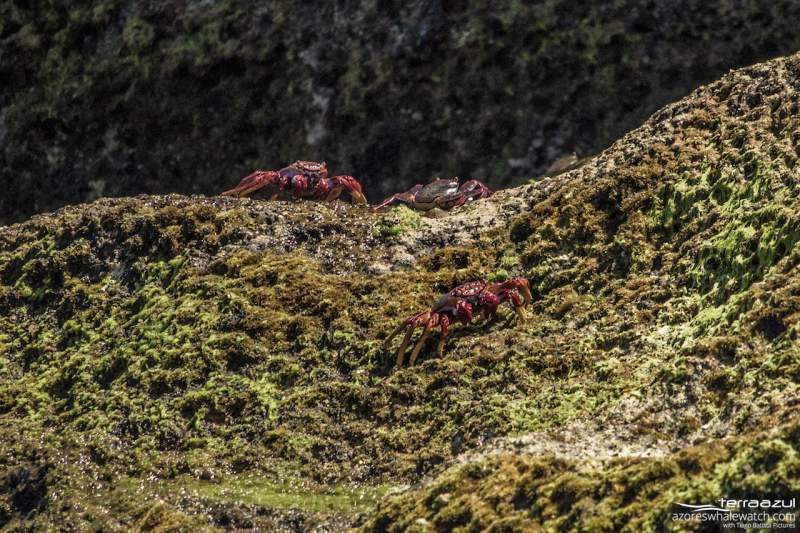 Crabs at the Vila Franca Islet 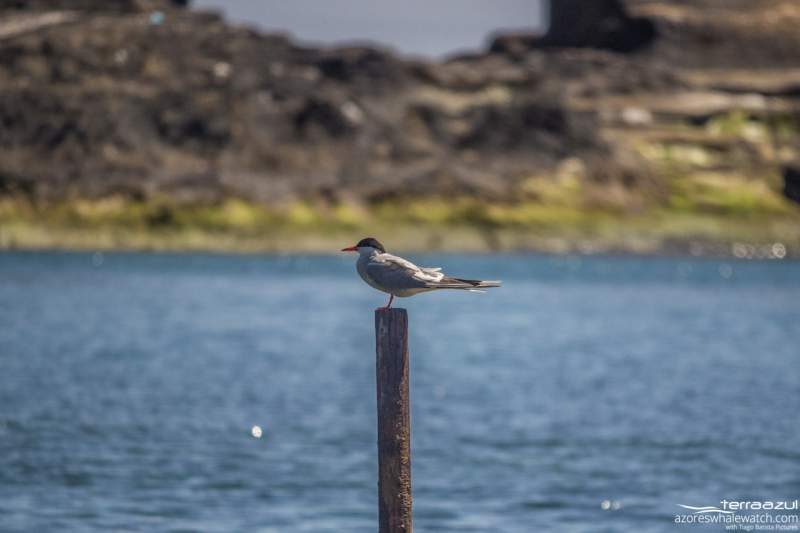 Common tern ‘guarding’ the entrance to the islet

Join us for a tour like the friendly group from today! 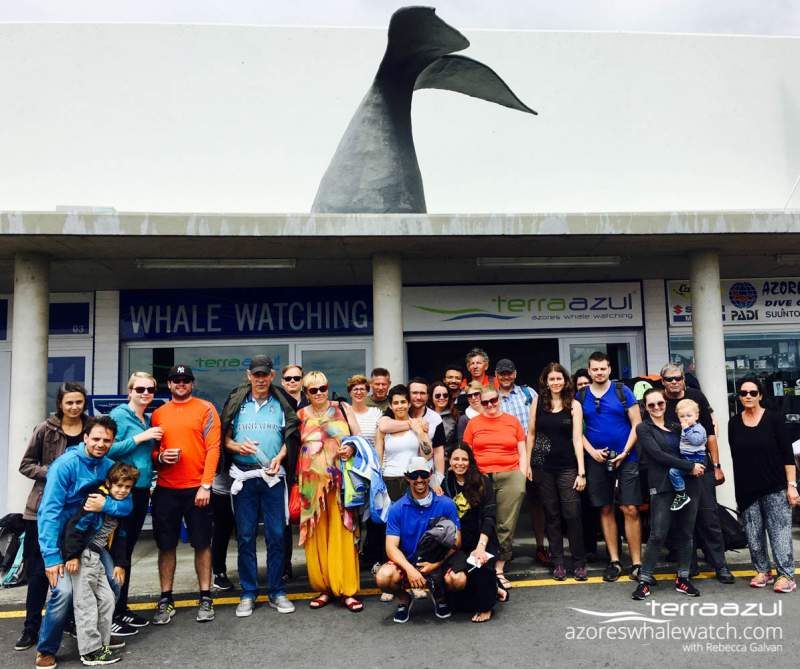