The ocean is alive! 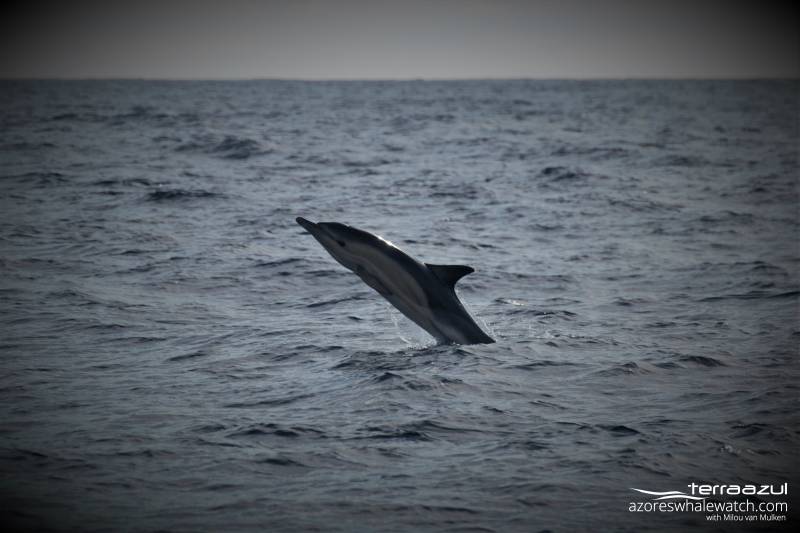 At 9h in the morning we spend time with 3 fin whales, 2 adults and 1 calf. They were not on the run for once, but behaving very relaxed and appearing close to the boat. We also encountered 2 groups of highly active common dolphins.

At 13h in the afternoon life in the ocean literally exploded. As soon as we left Vila Franca do Campo harbour we found the usual pod of false killer whales travelling eastwards. It looks like they are patrolling the south coast of São Miguel, likely looking for food.

We then went to see a sei whale and while in the area some common dolphins showed up leaping out of the water and showing their beautiful coloration. We ended the tour in the company of a blue whale. 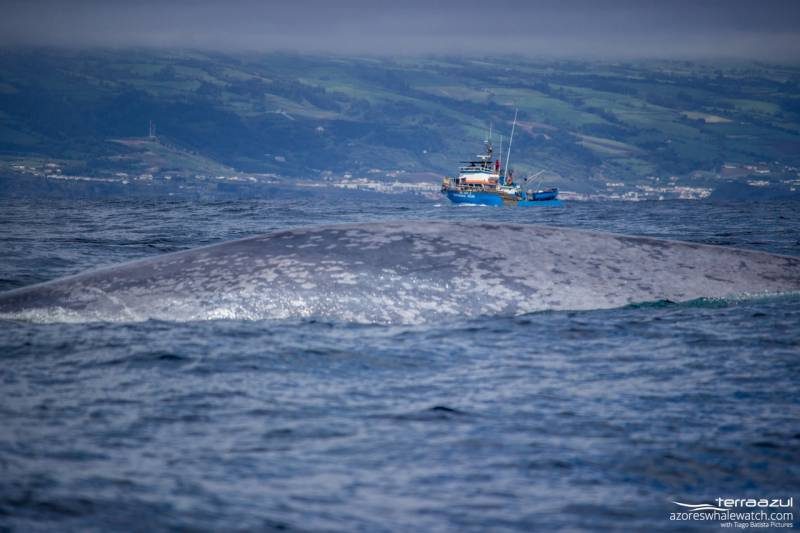 In the latest tour we saw again the blue whale and the common dolphins! 1 dolphin in particular could not stop leaping out of the water. (see feature photo) By the type of jumps we assume he was cleaning his body, getting rid of parasites. A dolphin’s way of getting a good backscratch 🙂 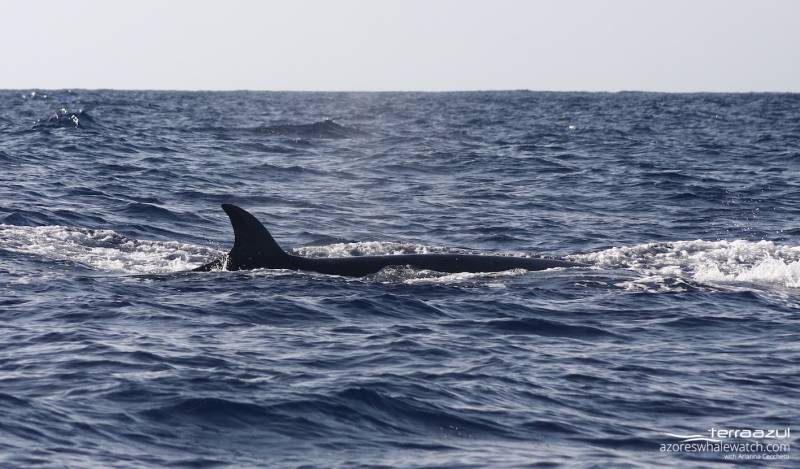 What else could we ask for? 😀