Toothed and baleen whales in the area! 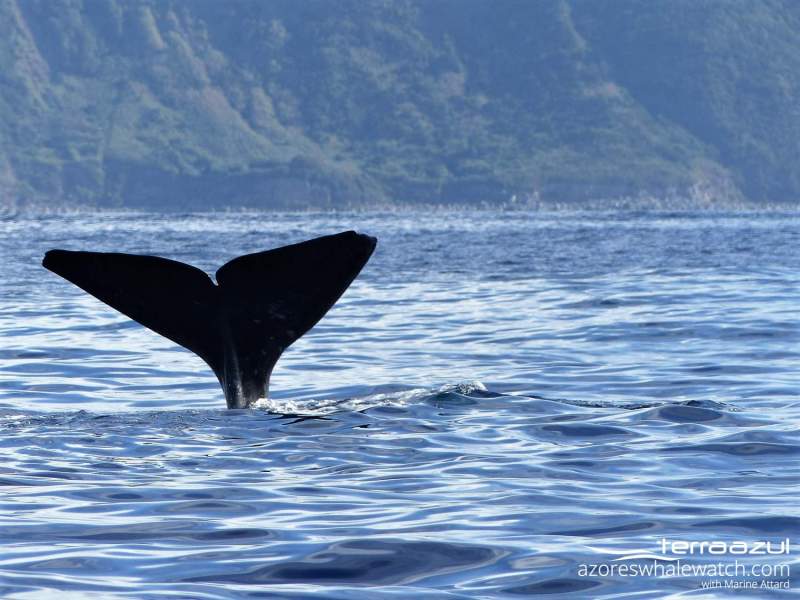 We started this morning by some drops of rain here in Vila Franca Do Campo but, when we headed out of the marina, the sun was already shining on the ocean 😀 And the sun shined all day long! We had a summer day today.

To start the day, a sperm whale was waiting us in front of Ribeira Quente, close to the shore. It was breathing and resting at the surface before taking a deep dive to catch some squid for its breakfast. Certainly it was a male as we were able to observe a hump in the middle of its head. This sperm whale stayed with us 15 min before showing its tail when it dove. At this time, the crew was able to recognize this individual, we know it already 🙂 Have a look to the picture just above. I invite you as well to go and check Monicet website, our scientist data base where you can find the photo-identification project. 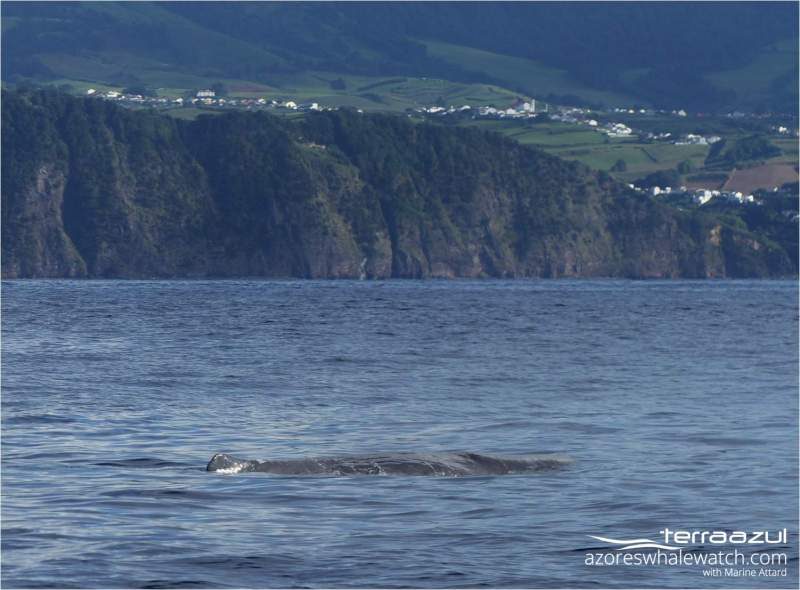 sperm whale close to the shore.

Not far from the sperm whale, what a surprise to observe a Sei whale! Having breakfast as well but it seemed like it was too busy, and it started to swim very fast to the South West part of the island. For sure it was a Sei whale, the dorsal fin was tall, falcate and erect. Even if baleen whales tend to be large, they are able to swim until 50km/h, so it can be stressful for the animals to follow them with a fast speed boat. To respect it, we chose to leave it alone 🙂 In the afternoon, it was still around, busy and fast again but around 😉 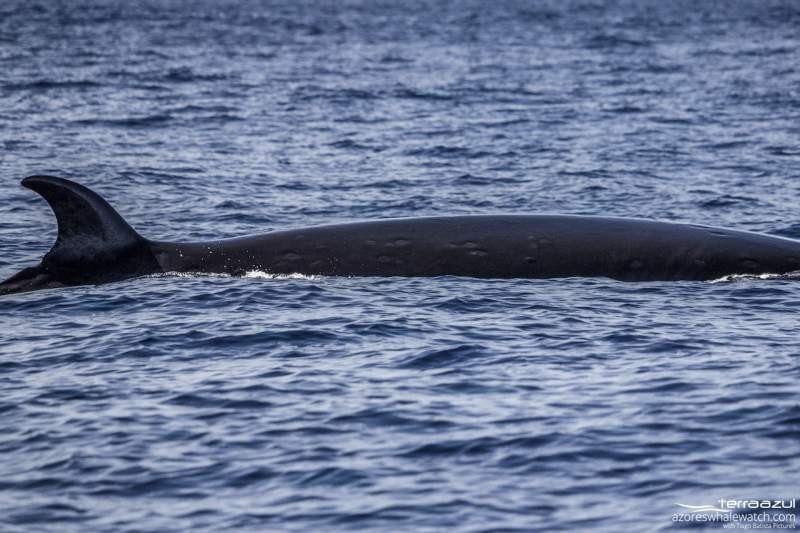 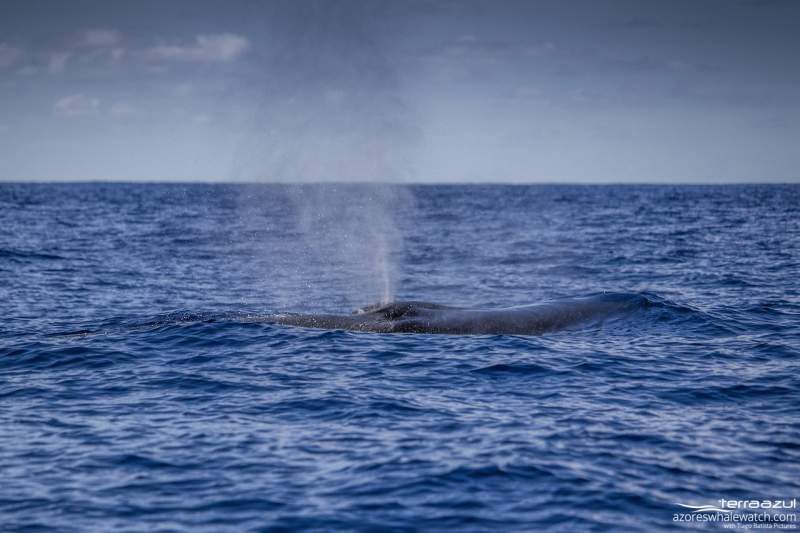 Of course dolphins were around also! Atlantic spotted dolphins 🙂 Especially at the end of the day, it looked like they were taking over the coastline! Spotted dolphins everywhere! We must enjoy them before they leave. They came to play around our boat, like usual. And the swimming with spotties went very well, dolphins were curious and playfull this morning. 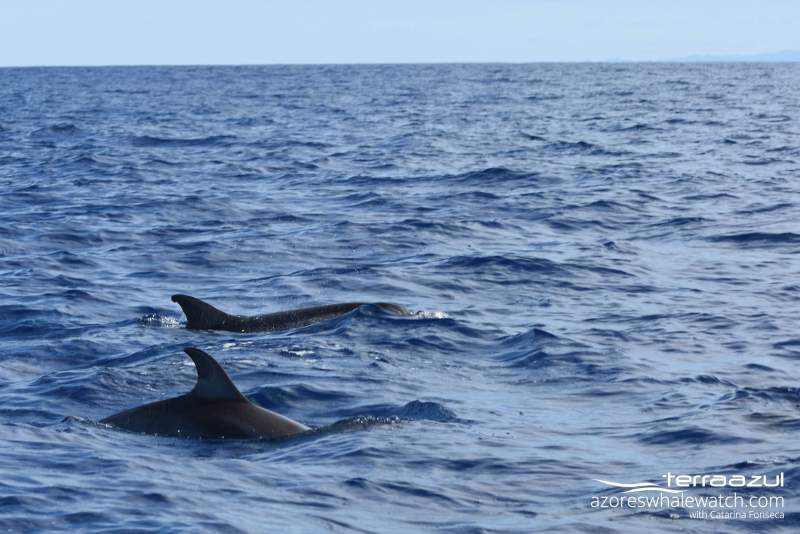 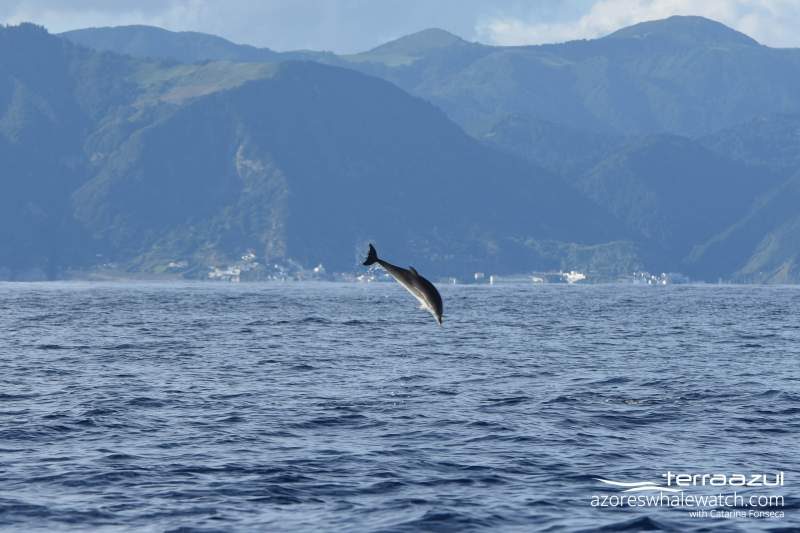 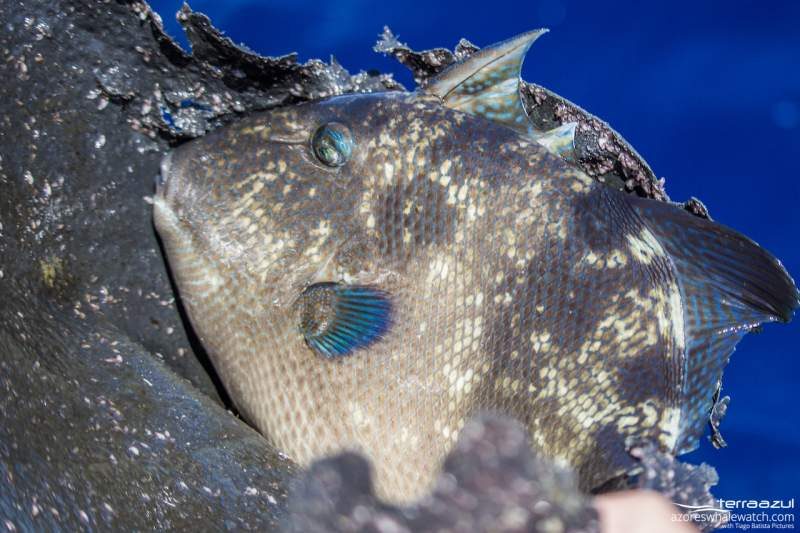 We could also count with a relaxed group of Common dolphins and a socializing group of Risso’s dolphins 😀 They were playing with each other and coming close to the boat! 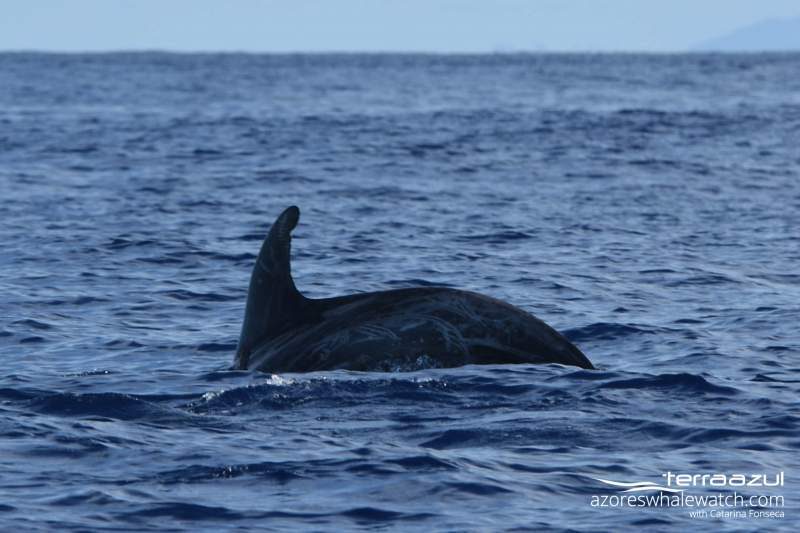 Risso’s dolphin getting ready to dive

What are you waiting to join us? 😉