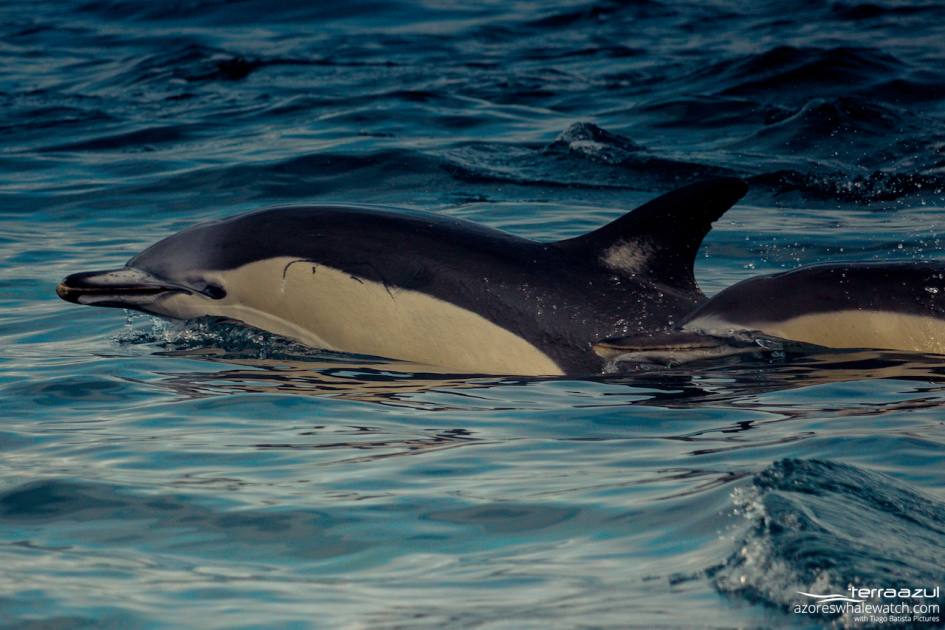 What a beautiful, unforgettable day in Sāo Miguel. The morning started off with the sighting of a pod of common dolphins (Delphinus delphis) feeding along side with a group of marine birds known as the Atlantic Cory’s shearwaters. The mystery remains on what type of fish they were eating, nevertheless the sighting was spectacular.

Our journey continued for about 12 miles offshore, our vigias had spotted something, what it was remained a secret. After arriving on site, two blows appeared out on the horizon. Two beautiful Humpbacks (Megaptera novaeangliae) were travelling. We were in shock. One of them showed us its pectoral fin, making it obvious why their scientific name means “large wings”. Our crew and guests were mesmerized when the whale jumped out of the water. Needless to say the are huge and beautiful creatures. (This photo was taken by one of our young passengers). 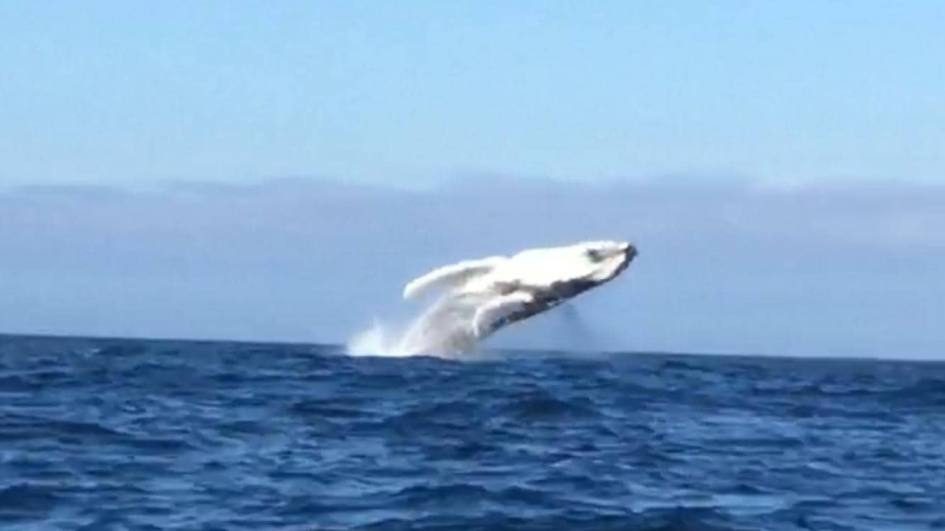 We finished our tour by being able to observe a pod of bottlenose dolphins (Tursiops truncatus), we could really observe how big they are.
So enough story writing and let the pictures talk for themselves. 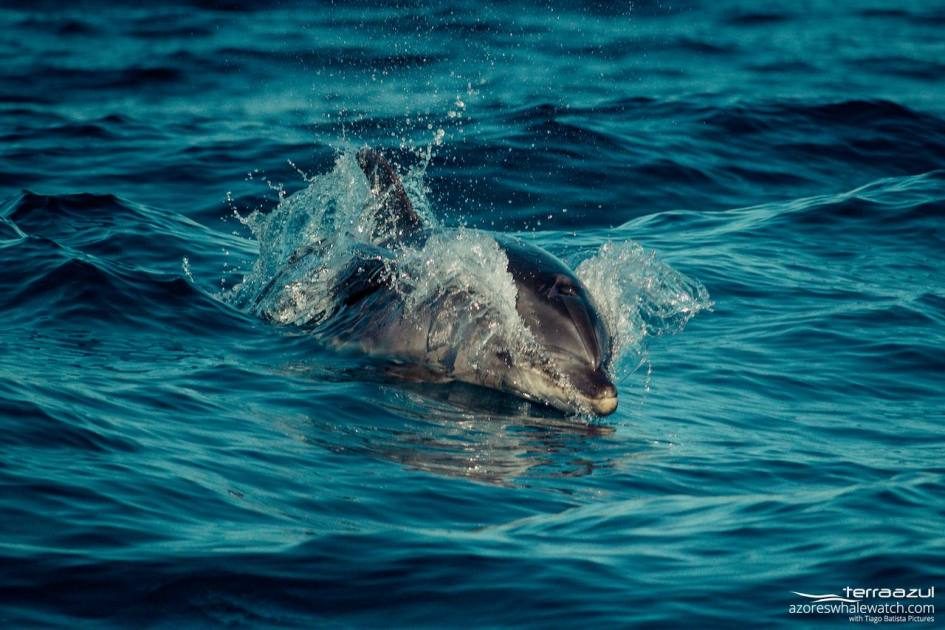