Hot summerdays and all the dolphins 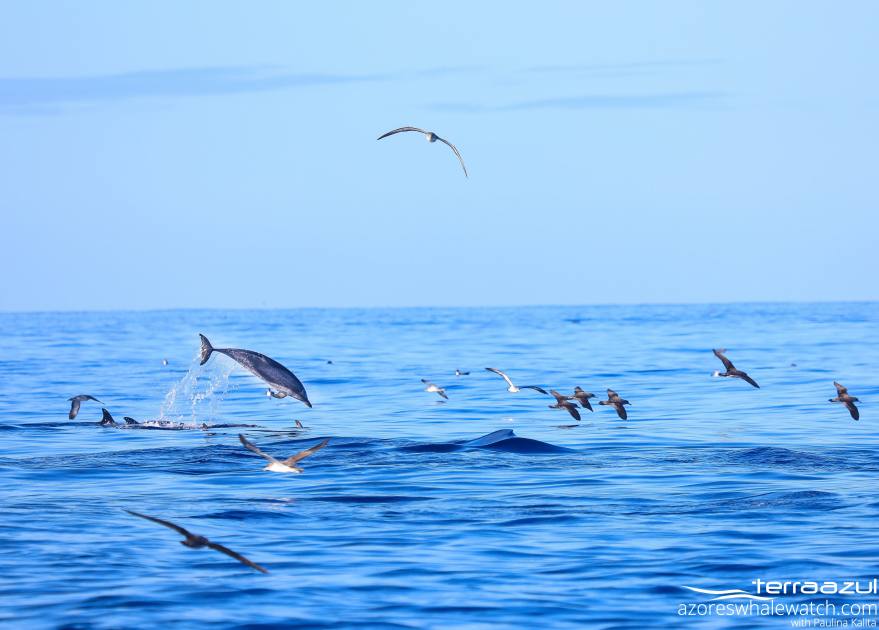 Another beautiful summerday.. the weather allowed us to go out in the morning and watch four different Dolphin species and two Loggerhead turtles (Caretta caretta).
Shortly after leaving the marina, we found a small group of Bottlenose dolphins (Tursiops truncatus), that unfortunately didn’t enjoy our company too much and just left us to go feeding and diving. So we moved on and soon we found a huge group of Atlantic Spotted dolphins (Stenella frontalis) with many calves and juveniles, that was very curious and happier about our presence.
The dolphins were feeding together with Cory’s Shearwaters (Calonectris borealis) that took advantage of the Dolphins activity and bringing their fish up to the surface.

While looking for other species, we found another big group of Common dolphins (Delphinus delphis) that are similar in size to the Spotted dolphins but very different in colouration and pattern.

On our way back to Ilheu we even stumbled across two Loggerhead turtles, we tried to take it out of the water and tag it but unfortunately it was too heavy to tag.. Lucky turtle 😉 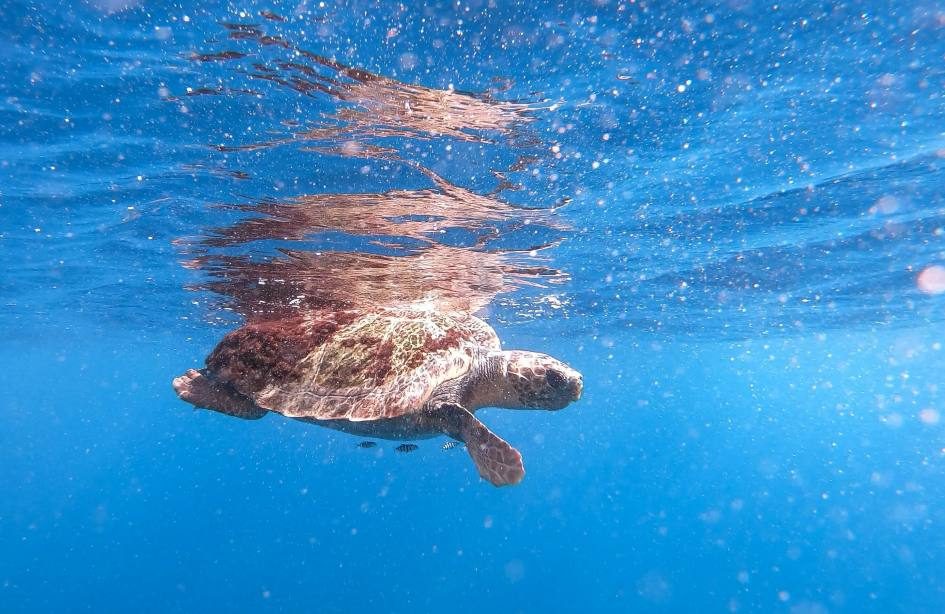