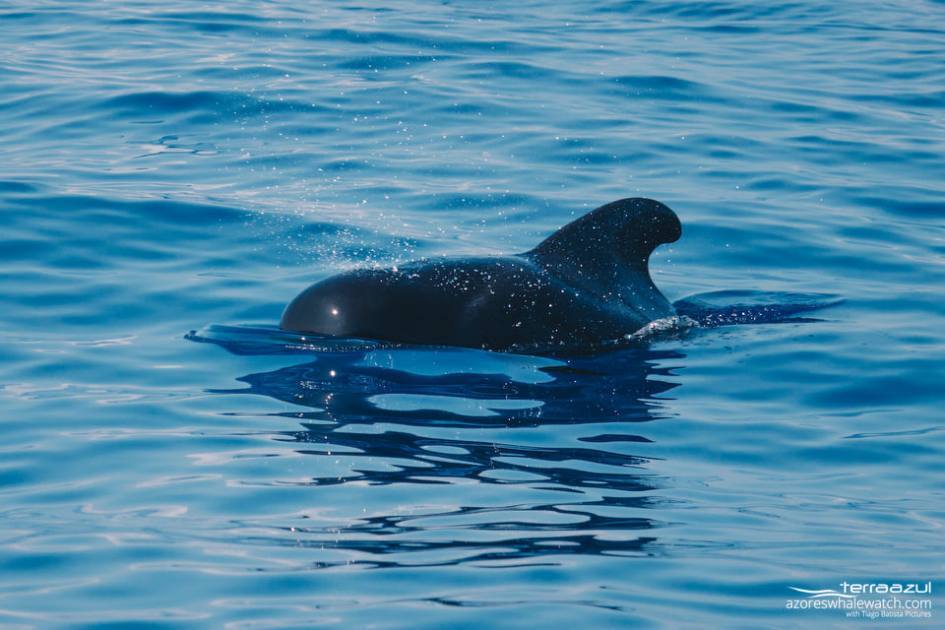 After several days of easterly winds, white-capped waves and weather-related cancellations, summer seems to have returned to Vila Franca do Campo. The minute we left the harbour, we were greeted by a cloudy but  calm ocean. In the morning we went towards the west. We encountered two species of dolphins in the area; a very large group of travelling Atlantic Spotted Dolphins (Stenella frontalis), and groups of Common Dolphins (Delphinus delphis) hunting small schooling fish at the surface. 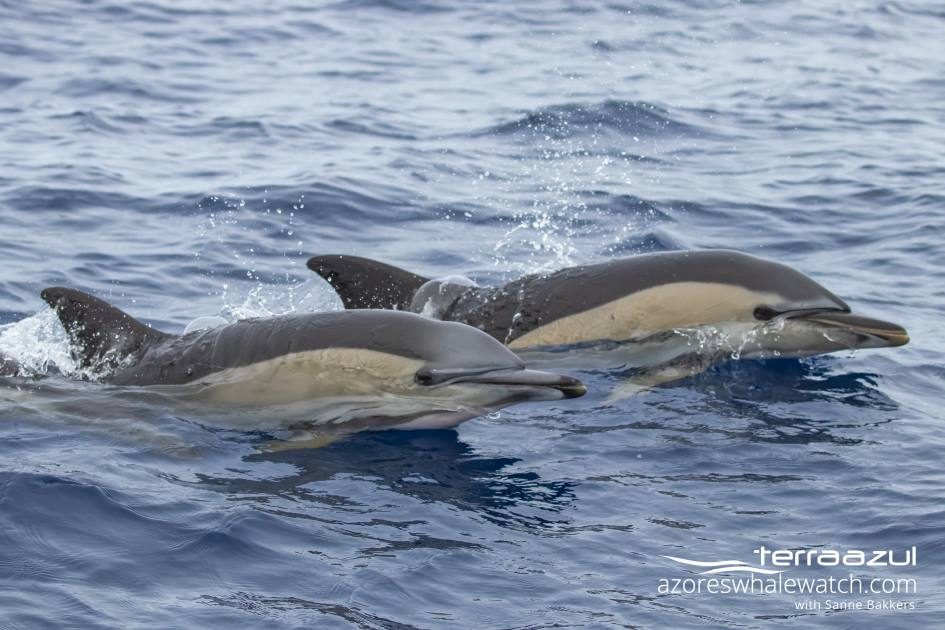 Common dolphins at the surface. The left dolphin is marked by light pigmentation on the head – a natural variation in pigmentation called a “helmet”.

When observing large groups of animals, always keep a watchful eye…you never know what might be hiding in the crowd! In our case, we found a unique-looking Atlantic spotted dolphin amidst his conspecifics; an individual with an anomalous pigmentation pattern on the dorsal fin (see picture). 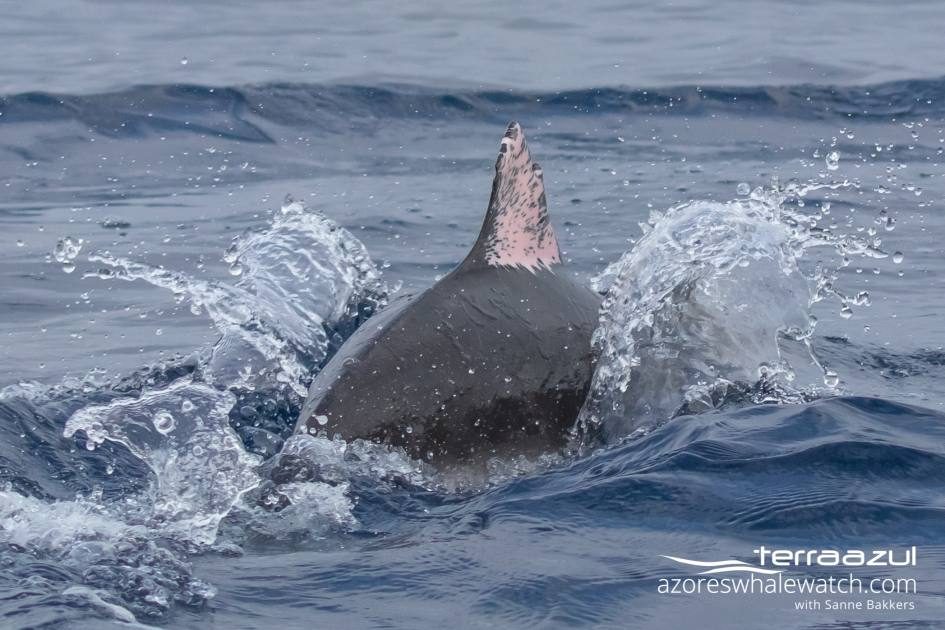 Atlantic spotted dolphin with anomalous pigmentation on the dorsal fin.

In the afternoon, it was perfect summer weather. On land we had temperatures making you crave some ice cream. On the sea we were surrounded by the beautiful blue of the Atlantic Ocean below and endless sunshine above. The ocean was full of life with encounters of Short-Finned Pilot Whales (Globicephala macrorhynchus), common dolphins and Loggerhead Sea Turtles (Caretta caretta). 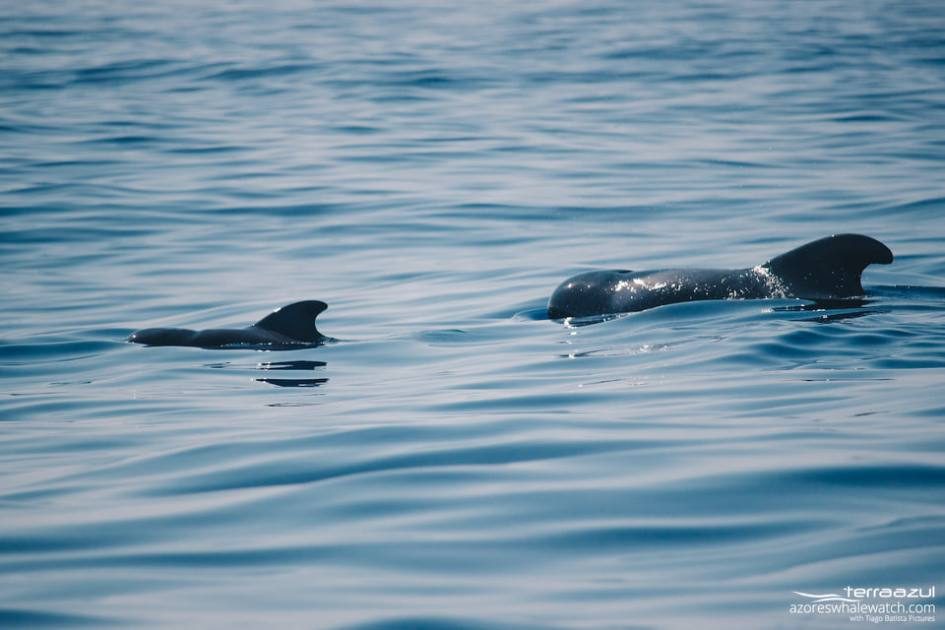 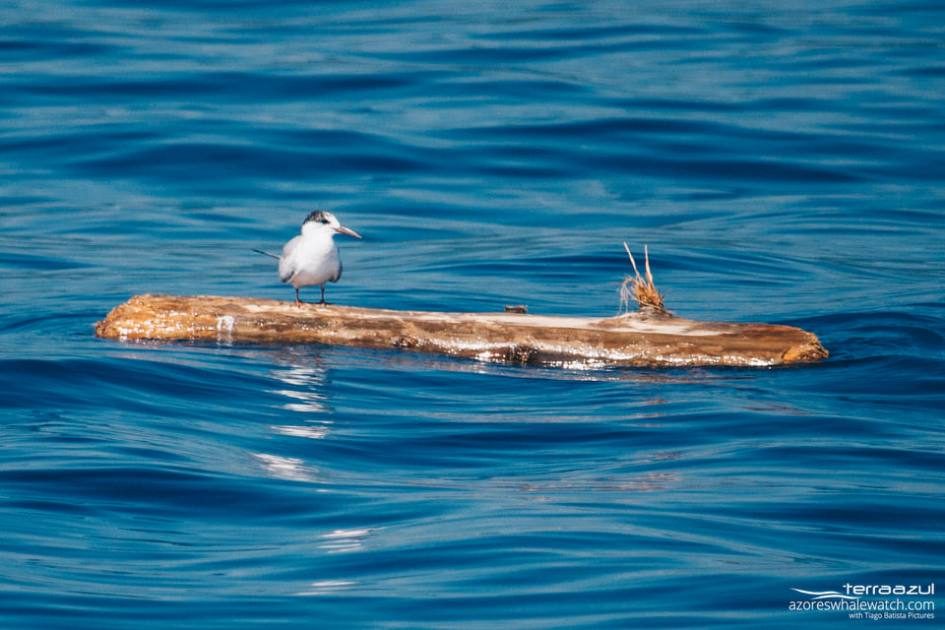 Let’s hope we can keep this beautiful weather a tad longer!