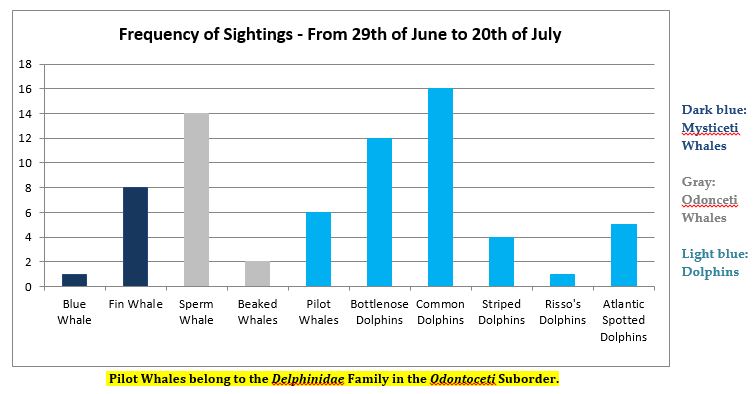 From the 29th of June to the 20th of July we sighted 10 different species of Cetaceans!

We have been having a great last few weeks, with plenty of animals, Flat seas most of the times (with the occasional rough sea days as well!)

Sperm Whales have been the main sighting at this time. A Blue Whale and Fin Whales were also sighted but they have been less and less sighted each day that it passes. Still awesome to see them at this time!

But we have mentioned this before… So today we are going a little bit into other subject… Or I might say another species! These species have been giving us quite a few acrobatic shows this past few weeks…

Take a look at the picture below!

These are Stripped Dolphins. Named Striped for the black stripe that goes from the eye to the anus, one to the pectoral fin and a third short stripe in between.

Occur in the Azores throughout the year. They reach 2,5 meters and can weigh up to 150 kg.

Being fast and agile swimmers with a taste for acrobatics, they manage to always put a smile on our faces and make our adrenaline go up… Because the only way to see Striped Dolphins is to go with them at their speed and just enjoy the show! These species can reach speeds of 20 mph. What a rush!

The size of the groups can vary from a few dozens to a few hundreds. 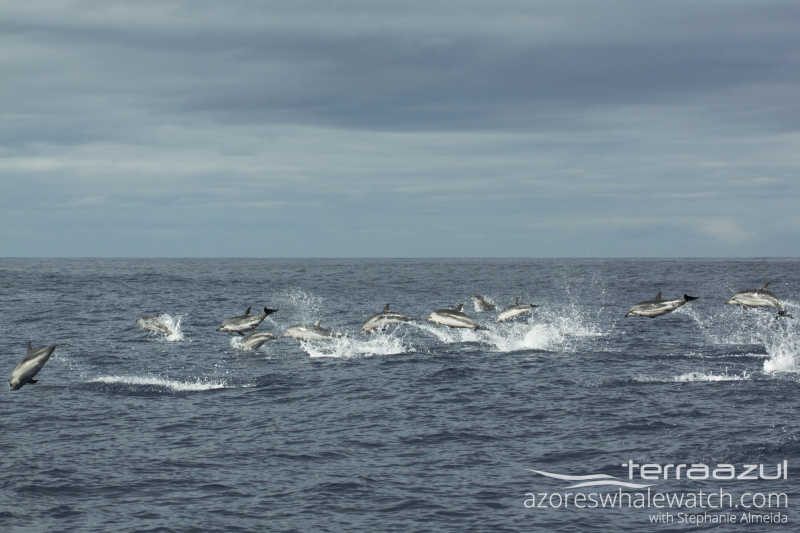 And now for a last treat… 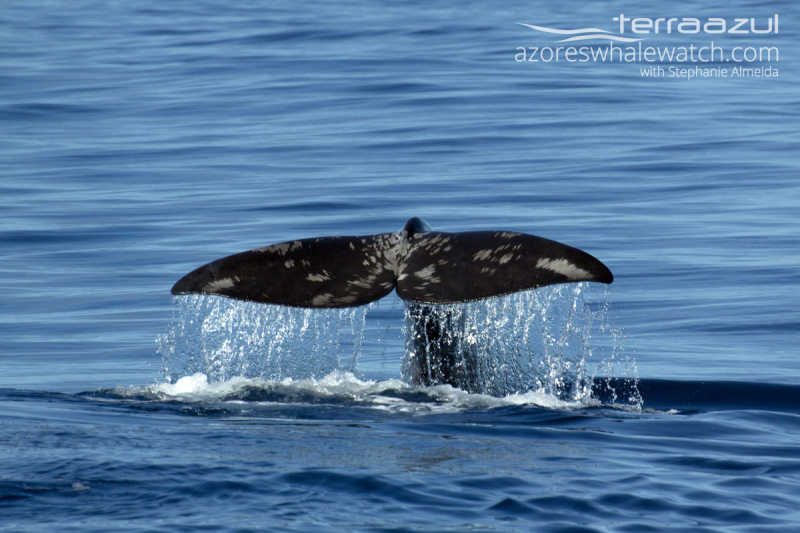 Subscribe and stay tunned for more updates on our fantastic ocean adventures!