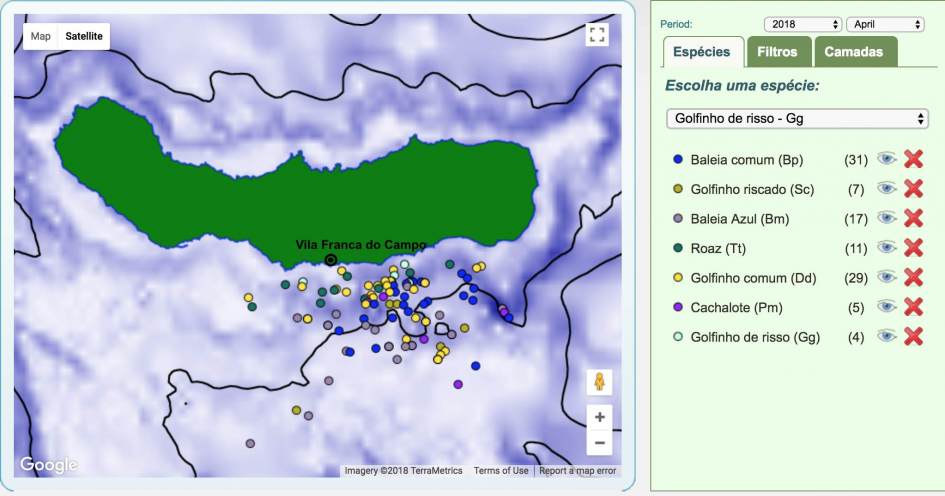 Time flies, and here we are in May already. How was the last month in terms of sightings? Pretty good I would say 😀

Seven different species of cetaceans, including 4 dolphin species, 2 baleen whales and 1 large toothed whale species were recorded together with the loggerhead turtle. 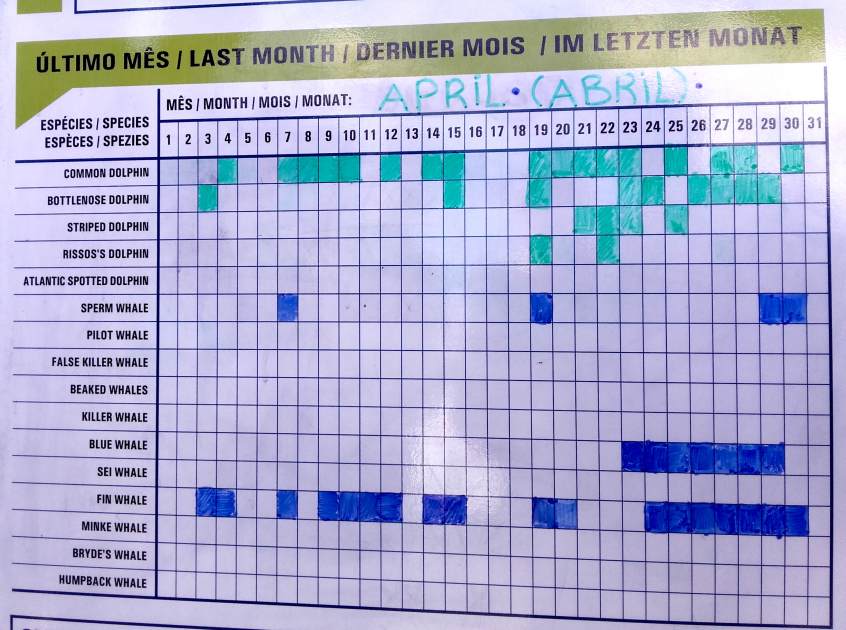 The gentle giants have been the highlight of the month. Fin whales were seen almost every day and during one week the blue whales have been the protagonist of our tours, as every day we could observe at least one individual, often associated with Fin whales.

Their tall columnar blows, reaching 10m, could be seen from distance, anticipating their massive size. Their movements, though, were gentle and fluid when breaking the surface leaving everyone fascinated before their long silhouettes disappeared into the deep blue. In few occasions we could see the fluke, 4 to 5 m wide, which compared to body length is relatively small, roughly the 25% of it. blue whales not always raise their tail out of the water, and when they do is a special sighting. 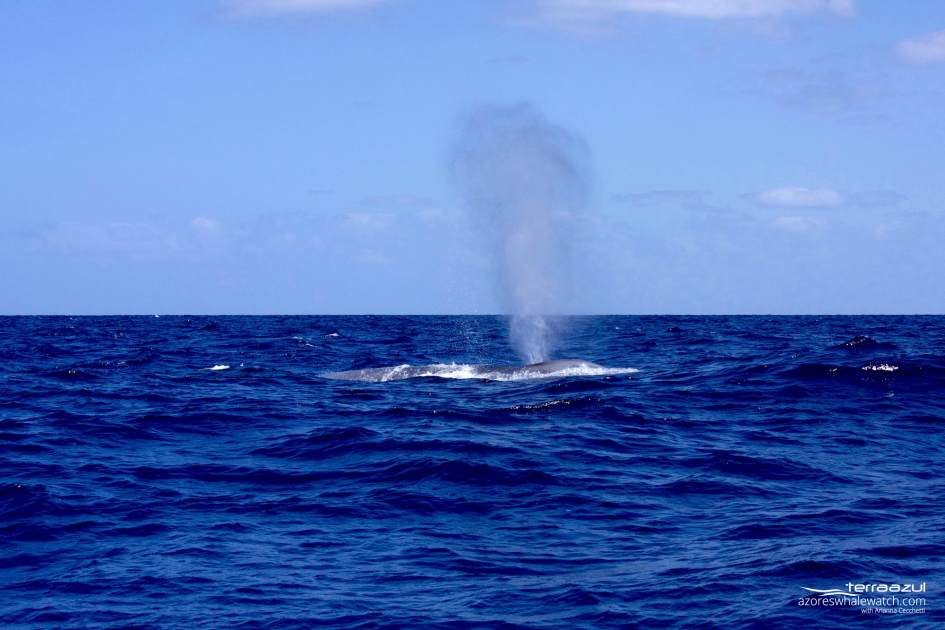 The other large whale species was the sperm whale, a resident species which during this period is seen with less frequency than baleen whales. The dolphin species included common, bottlenose, Risso’s and striped dolphins. Groups were on average large, especially those of bottlenose dolphins, which included at least 80 individuals, not that usual for a species ranging between 10 and 20 individuals. Their encounters involved active surface behaviour with dolphins leaping very high out of the water and fast swimming like torpedos. 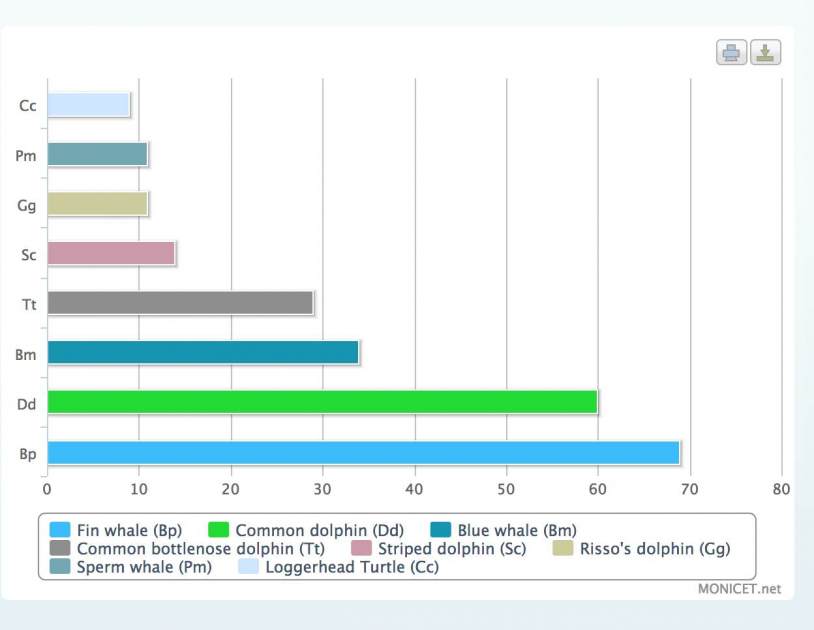 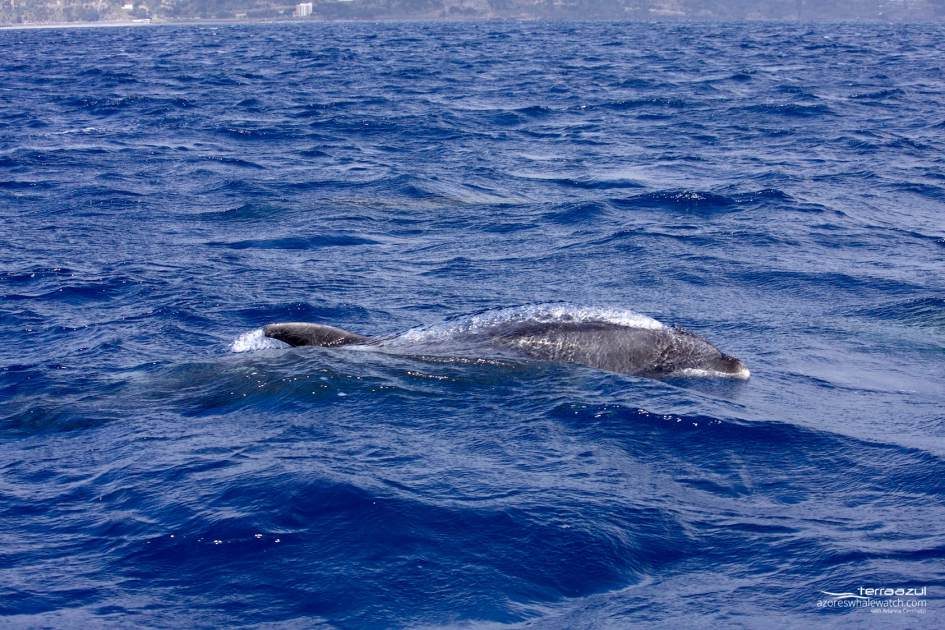 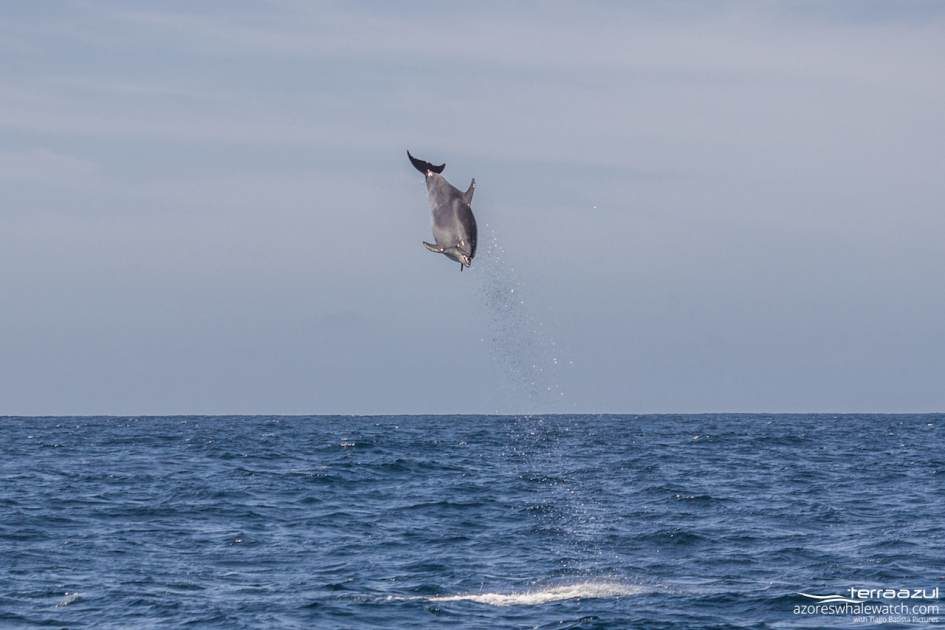 This month was also special as it marked the event of the first tagged loggerhead turtle. We have seen loggerhead turtles on various occasions during our tours, but it is not always easy and possible to tag them, as they may dive before they are approached. The tag series numbers together with GPS and body measurements data are registered on a log book and they will be sent to the Archie Carr Sea Turtle Research Center through the local COSTA project.

What a great month! Looking forward for more flippers and fins sightings! 😉