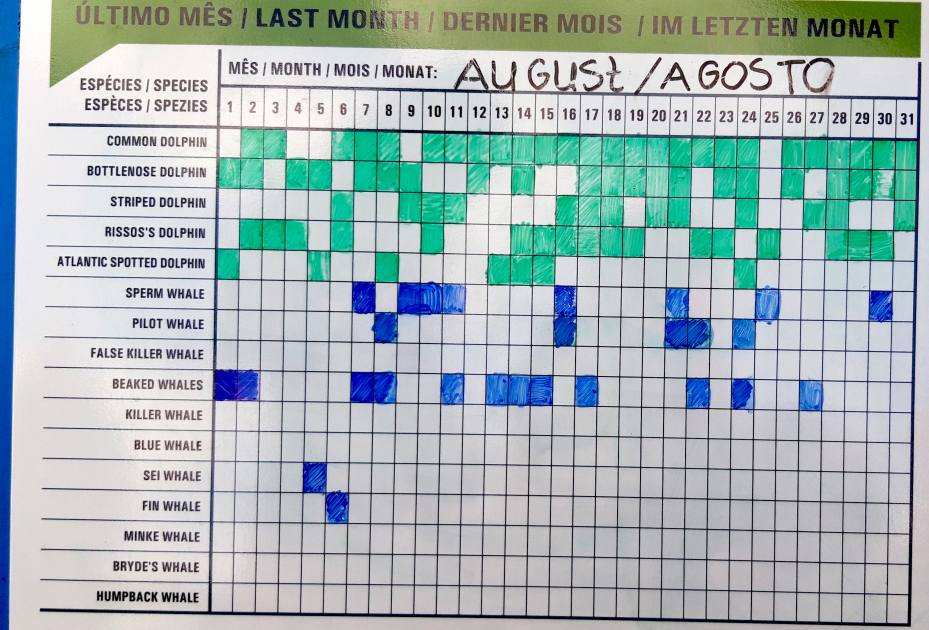 and so we are leaving behind another month…

August is usually seen as the summer month per excellence, however here in the Azores the instability of the weather is often experienced during this month. This year, though, we were really lucky and could enjoy the good weather for the whole month. This is also the reason why the island of São Miguel, known as the green island, is actually not that green, but rather dry and yellow. Hopefully, during the next weeks the rain will bring some relief to the thirsty soil brighting up the vegetation. 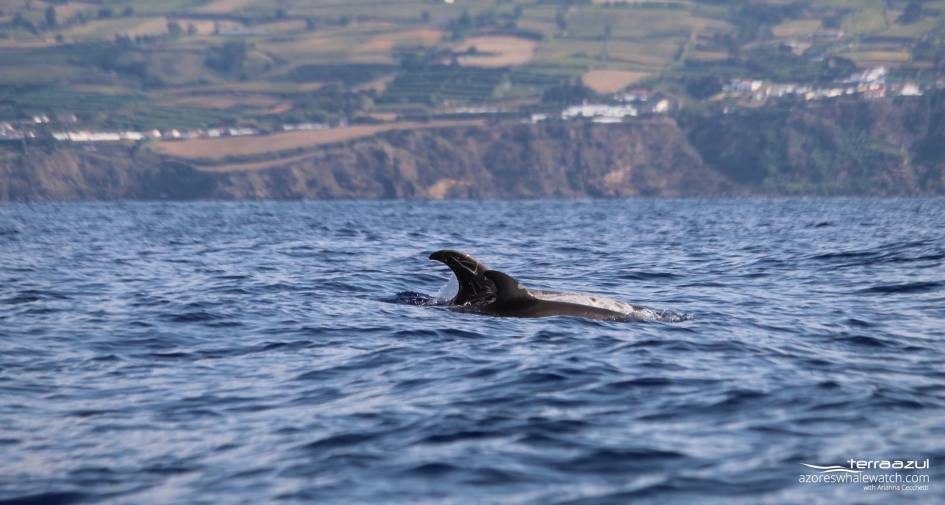 Adult and young Risso’s dolphins (Grampus griseus) and in the background the predominancy of yellow tones of the dry landscape.

It was mostly a dolphin month as the great variety of dolphin species dominated our tours, often also mixing with each others: common dolphins with striped and Atlantic spotted dolphins, and Risso’s with bottlenose dolphins.

The short-finned pilot whales have been quite active this month, as we are used to see them logging in most of our encounters, this time they were travelling or socialising.

As for whales the beaked whales were the second more frequently seen after the sperm whales. In few occasion they could be identified as Northern bottlenose whale and Sowerby’s beaked whale. Beaked whales are usually underestimated due to their “low profile” behaviour and reduced size. They are not gigantic like baleen whales or powerful like sperm whales. They are not even that active at the surface like the dolphins, so people usually find beaked whale, let be honest… a bit boring! They are though fascinating animals, of which we know very little and the fact that they are rarely seen should make every sighting really appreciated! Very simply put if you see them on a whale watching tour you should consider yourself really lucky, more than if you see a sperm whale! 🙂 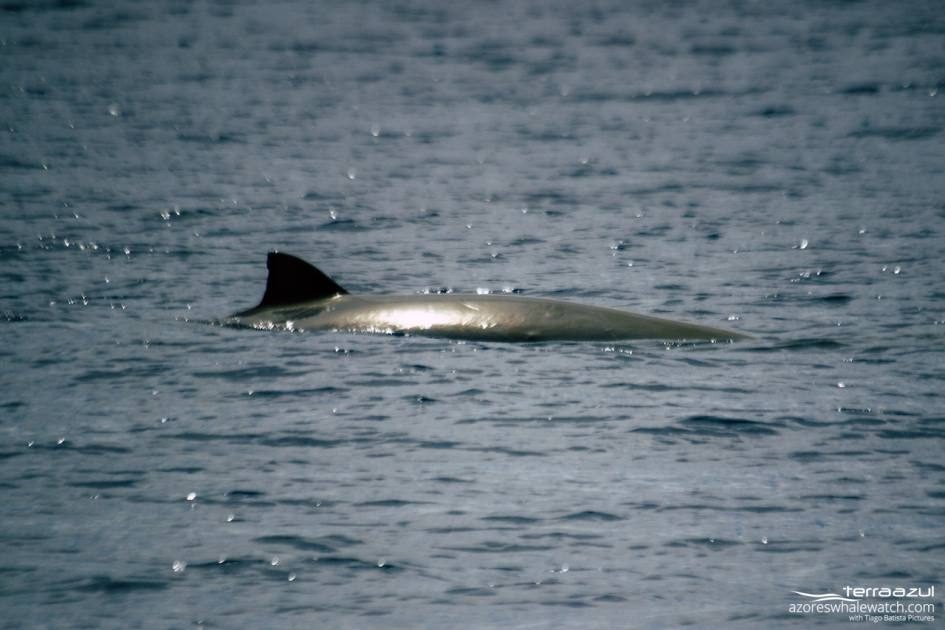 Towards the beginning of the month we also still saw sei whales and fin whales. Loggerhead turtles were also still spotted, but with less frequency. September already started in a great way, let see how it will end! 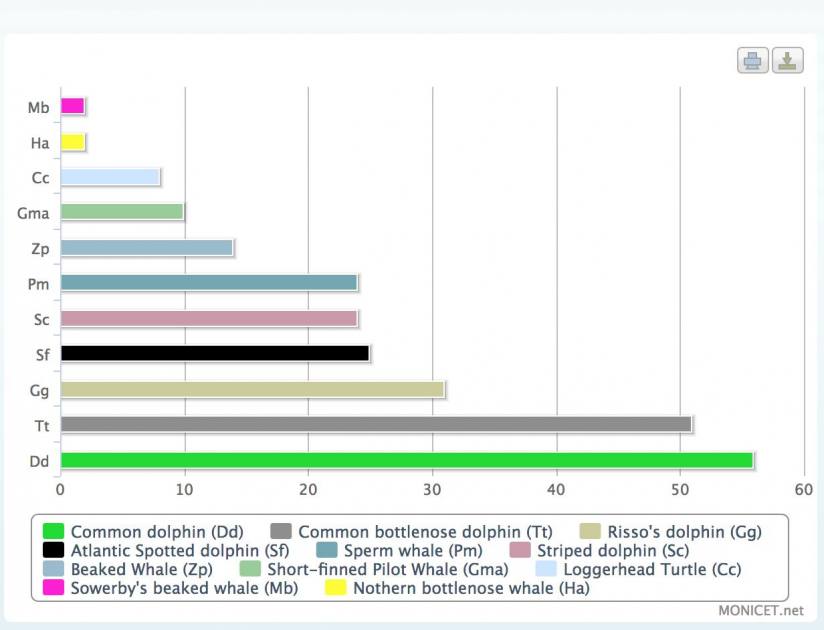