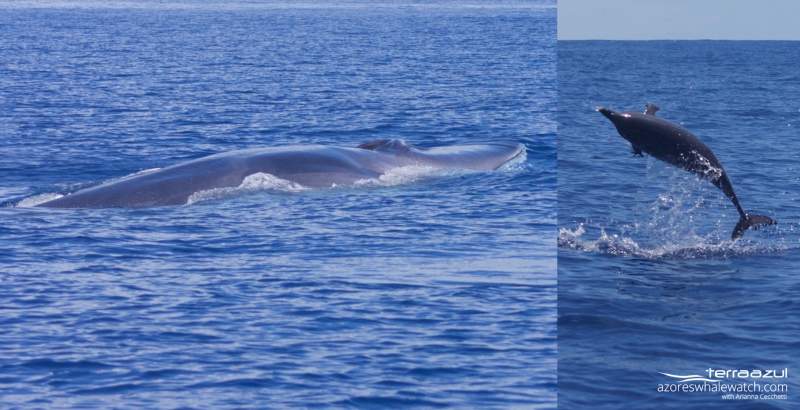 The month of June was a very interesting one. We still had four species of baleen whales around and in particular the fin whales, which delighted us all with their majestic presence. They were actually between the four most sighted species together with bottlenose, common and Atlantic spotted dolphins. This latter species was seen for the first time this year in June as they usually arrive in the Azores when the waters are warmer.

So we can say that June has been a transition month with some species ready to leave to cold waters and others to come and enjoy higher sea temperatures of Azores summer.

The four most sighted species during the month of June

The fin whales encountered during this month have been engaged in feeding activity, but also resting. Especially, the last individuals found in later June were very calm and we could observe them regularly surfacing in the same area and could even follow their shadow underwater as they were not diving deep, but just staying below the surface. They also showed to be quite curious as they often calmly surfaced next to our stopped boats. On the contrary, the Atlantic spotted dolphins have been very active since the first sighting, performing high breaches. Groups included adults and juveniles, being these latter the most active ones and we are also expecting the see many newborns soon. 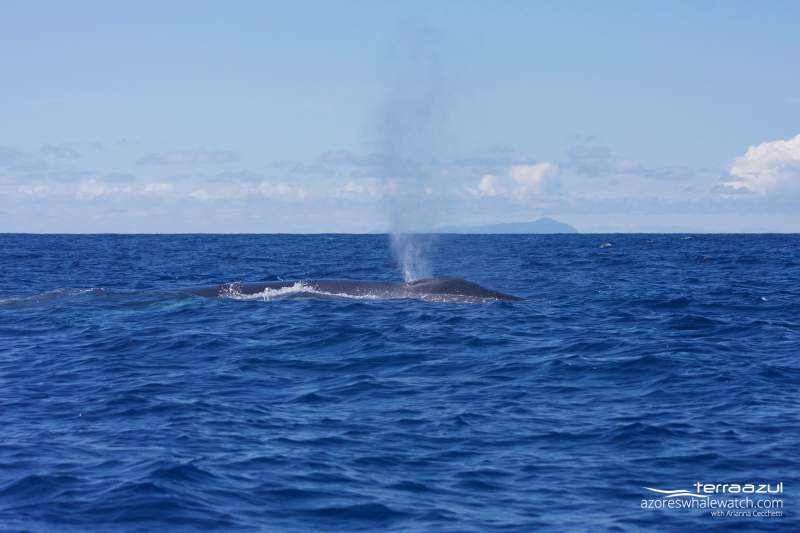 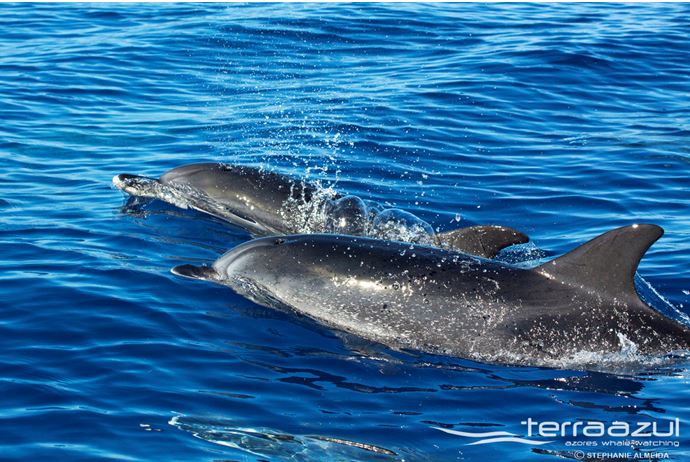 However, the month of June was not only about fin whales and spotted dolphins. Overall we were able to observe thirteen different species of cetaceans plus our friendly friend the loggerhead turtle 🙂

Looking forward to have the final statistics of this current month of July, which is running just as great! 🙂