On the map above, we can see the spatial distribution of our sightings during the month of September along the South coast of São Miguel ?

We sighted 7 different species of Cetaceans and 1 species of marine turtles!!

Of these, Two were Toothed whales: Sperm whales (Pm) and Sowerby’s Beaked whales;

One species were Blue Whales (Bm);

And, finally, one species of turtle: Loggerhead turtle (Cc). 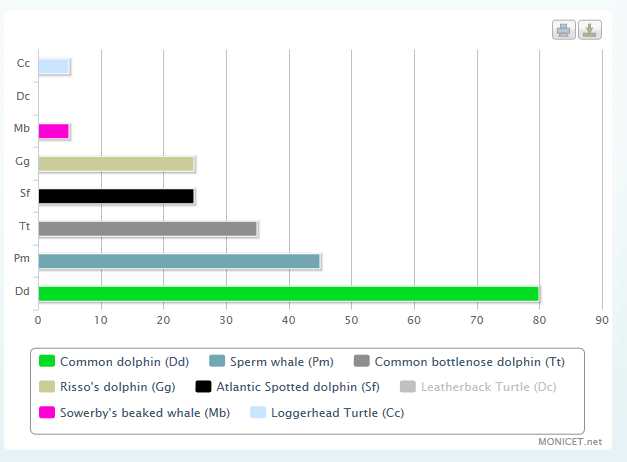 September has brought us much better weather conditions than August, and some very hot days as well. For this month we will highlight 2 species that were here on a more special occasion:

Blue whale – this one does not appear in the species count above because we encountered this gentle giant during our Swimming with Dolphins trip in the end of September. Filipe, our lookout, spotted him/ her close to the coast so it was definitely worth paying a visit before the whale continued migrating away from the island, which they are supposed to do. This was a very unique sighting for this time of the year! The Blue whale belongs to the Baleen whales called “Rorquals”, this is the Norwegian meaning for “grooved whales” referring to their throat grooves. The largest whales whales of the world belong to this group, in which the Blue whale is included, and it is actually the largest animal on the planet (34 meters measured). They have baleen plates which they use to sieve out water while feeding, but a fun fact is that they actually have teeth during embryonic stages! They just lose them during development. 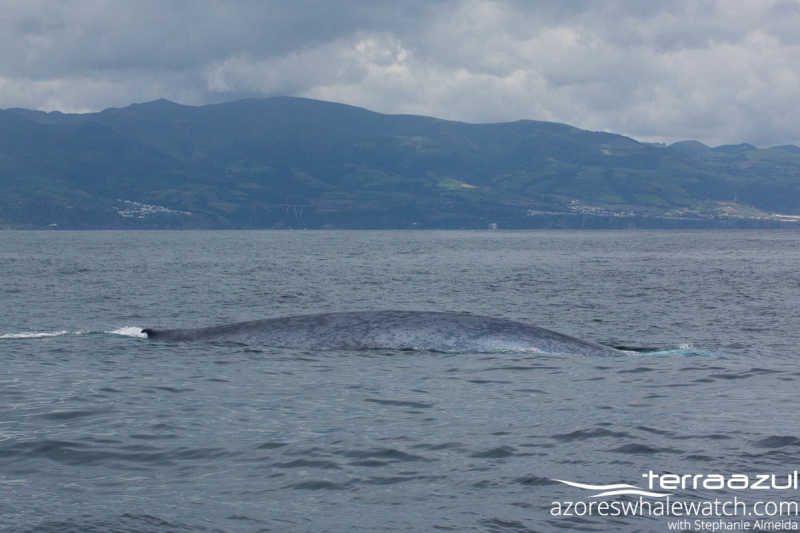 Sowerby’s beaked whale – We spotted 5 of these during 1 trip in the month of September. The pod consisted of 4 adults and 1 calf, which is a normal group size for this species (Generally not more than 10 individuals). Beaked whales are known to inhabit deep ocean basins like the waters around the Azores, and can dive to depths up to 1500 meters. They have lost all teeth through evolution, except adult males which have 2 teeth lying midway between the tip of the beak and corner of the mouth and are usually only visible when the mouth is closed. Females don’t have teeth! The fact that these whales successfully capture fast, slippery prey without functional teeth suggests that they must be able to approach very closely before consuming their prey with a sucking-like action of the tongue. 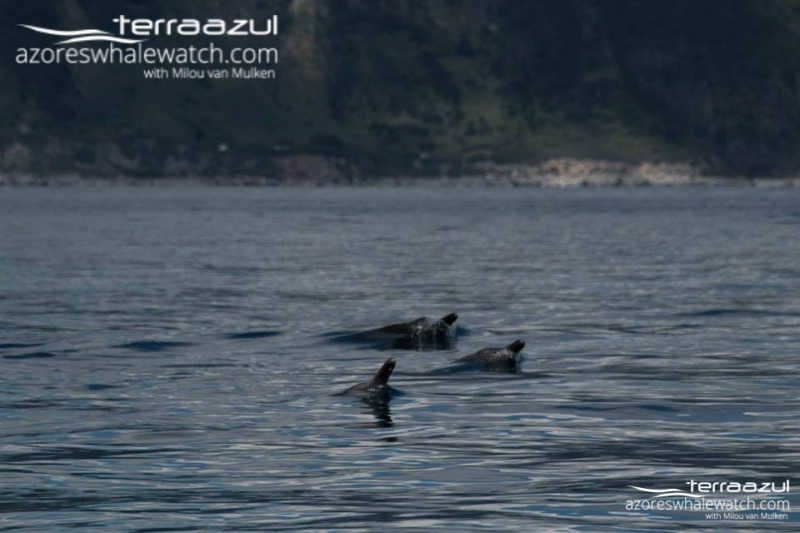 Stay tuned for more updates on our tours! 🙂