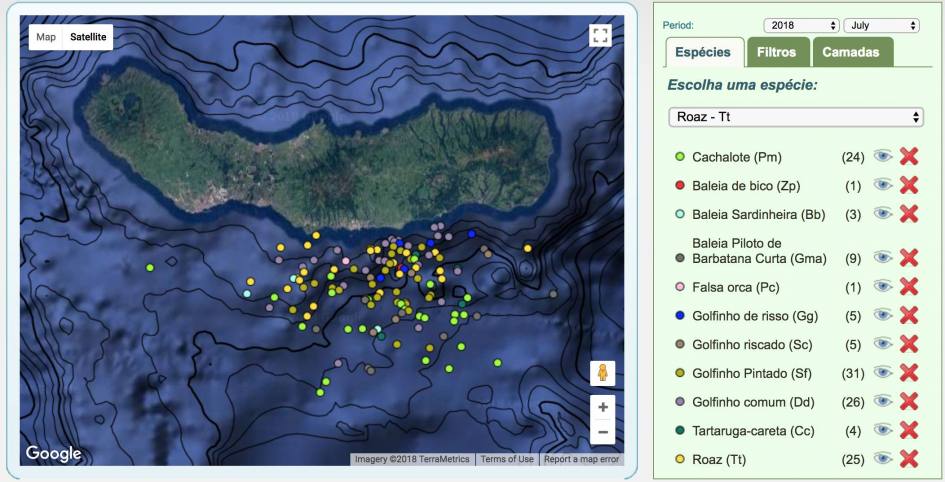 Summer is here! well July has been a bit too cloudy and rainy to our taste for being a summer month, but as for the species, we are definitely in summer! 😀

The Atlantic spotted dolphins are dominating our tours. Their large groups include many young individuals which are usually the most active component of the group. Curious and playful can be seen leaping out of the water, approaching the boat for a fast ride or interacting between them, while the youngest ones can be observed swimming belly to belly with their mums. This species is also seen in association with the common dolphins during foraging, and when this happen the sea turns into a festival of dolphins. 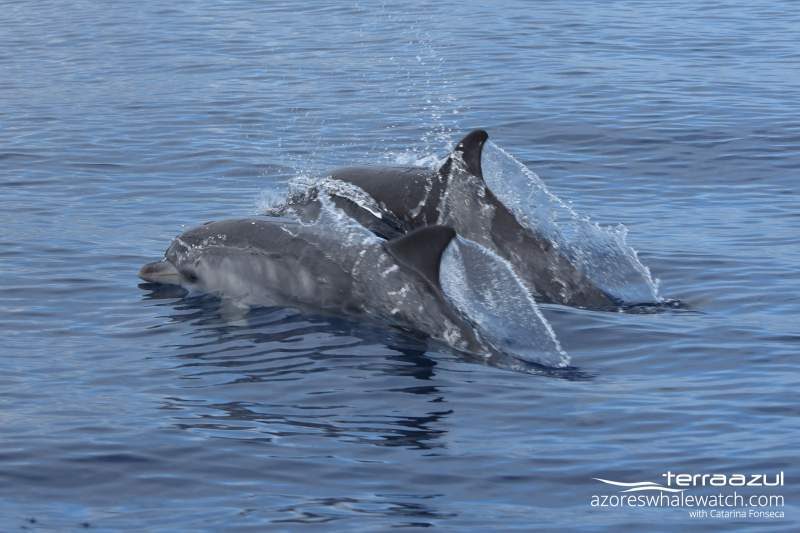 Another dolphin species mostly seen in summer is the striped dolphin, which can also occasionally associate with the other ones. Bottlenose and Risso’s dolphins, while can be seen all year-round, at this time of the year are busy taking care of their calves and the elusive Risso’s dolphins were seen in groups of 25 to 30 individuals. Such variety of dolphins species makes our tours very interesting!

Further species of the dolphin family are the short-finned pilot whales and the false killer whales, both appearing randomly off the south coats of São Miguel, but being more frequently seen in summer and this past July was chosen once again to hang out in our blue backyard.

It is also sperm whales time! Large males make their way into these waters to meet with the breeding schools, composed by several females, juveniles and calves. So during this month, the encounters ranged between one single large adult male to up to 30 individuals together! 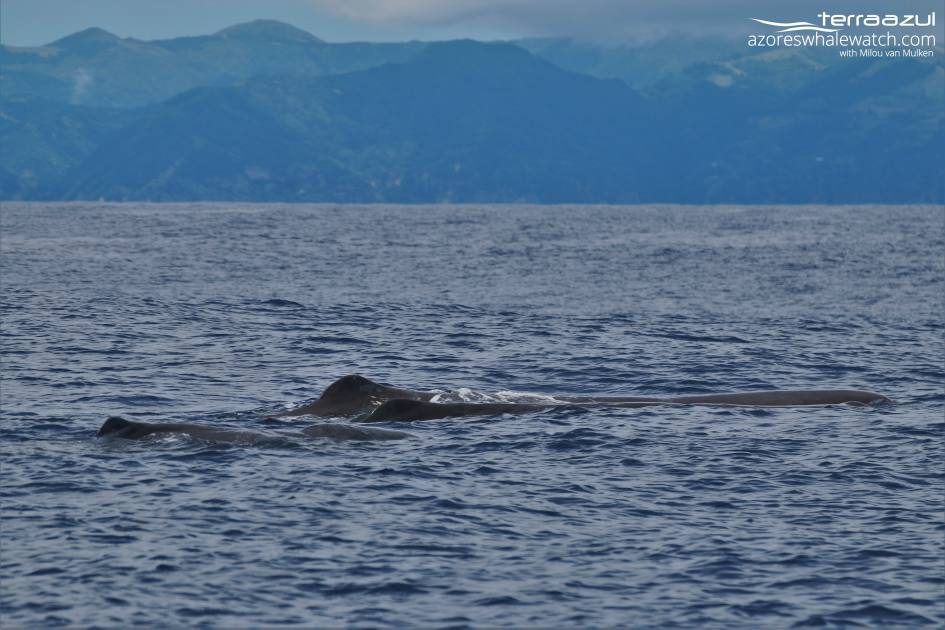 However, summer is not summer without the beaked whales… although we do not have any certainty about their residency patterns, we usually see them more frequently at this time of the year.  The reason for this is not known, either they come closer to the coast and can be detected easily or due to the general better sea state conditions it is easier to detect their silhouettes smoothly cutting the sea surface few times before disappearing. This month we could see northern bottlenose whales, among them, the easiest species to identify.

…and what about the baleen whales? As migratory species passing in spring and autumn we would think it is over.. not really sei whales are still around and have been observed on few occasion this month. Another species, the Bryde’s whale is expected to be seen right at the time of the year so open your eyes when on a tour in these upcoming months!

We end this post with a beautiful loggerhead turtle, the other species spotted in July 🙂 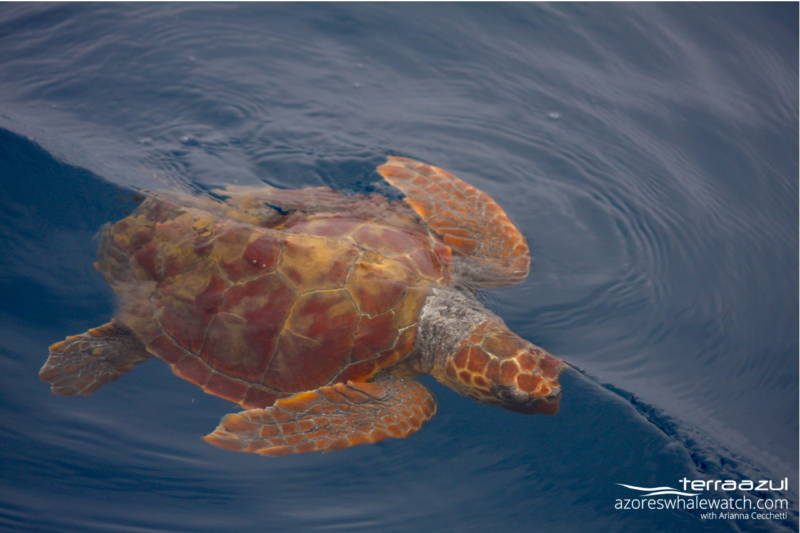