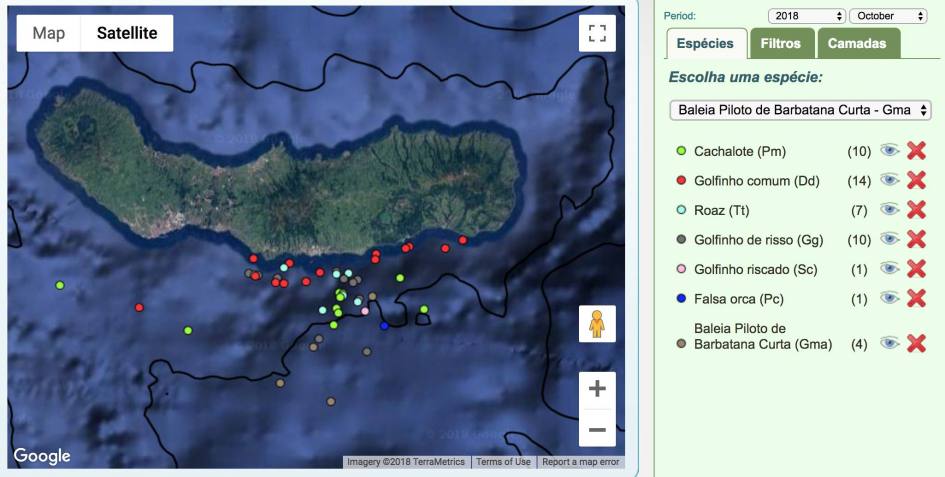 Half month at sea half month on land. This past October was affected by the typical autumn weather, rain and wind prevent us to go out as frequently as in summer time. Nevertheless, we were able to have good sightings including seven species of cetaceans, of which six belonging to the dolphin family.

The common dolphins were the most common to be seen 😀 followed by Risso’s dolphins and bottlenose dolphins. We were also gifted by the presence of false killer whales, who appeared and disappeared during one single tour as to say goodbye for this season. Their occurrence in the Azores is quite irregular, so we can still hope to see them around in the following months. 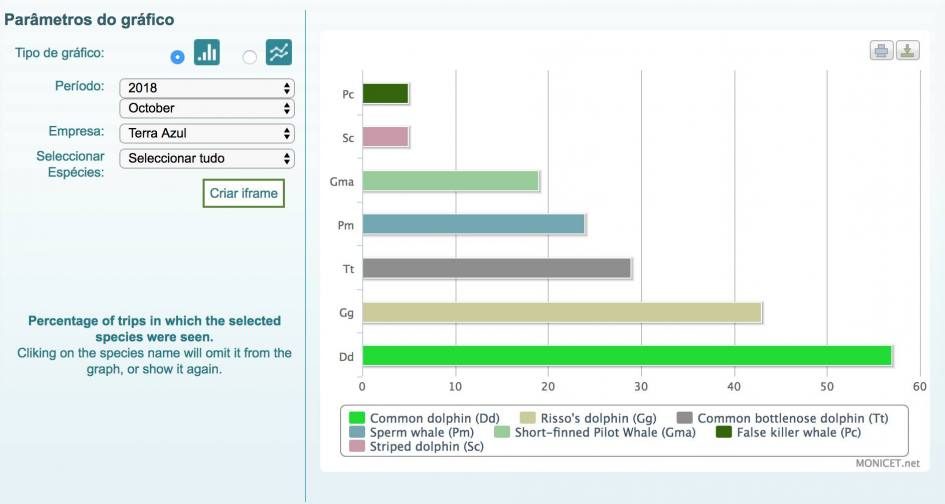 The seven species sighted during the month of October (www.monicet.net)

The same occurs with the pilot whales, which don’t show a clear pattern and can be potentially seen in all months of the year for short periods, sometimes only one or few days. They were spotted few times again during this month as to remember us the great variety of the dolphin family.

The common dolphins at this time of the year include many juveniles and calves. The 2018 new generation can be still observed playing and strengthening their diving skills next to the adults and older juveniles. Next year they will be the ones accompanied by the next generation 🙂