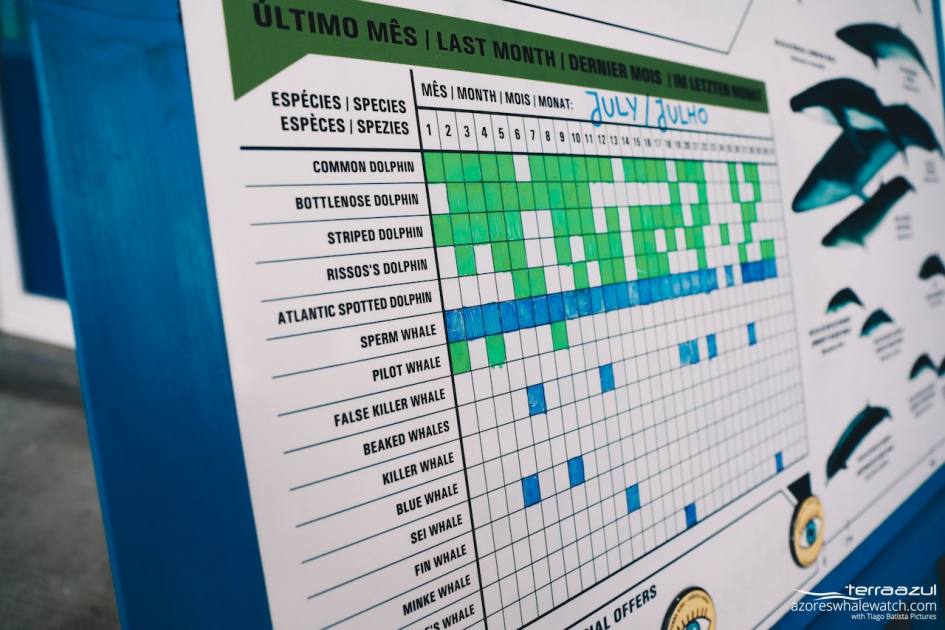 Have you seen that blue line!?!?!?! It means EIGHTY-FOUR sightings of Sperm Whales (Physeter macrocephalus) in a month…Not too far from a ideal maximum of 93 sightings in a month of 31 days with 3 trips per day! Only a few days of bad weather prevented us to do better, but still, July 2019 was a month to remember!!!

Ola’ whale-watchers, and welcome to another monthly sighting report.

What to say, the sighting board talks by itself! Sperm Whales dominated the scene since the beginning to the end of the month! Large bulls looking for mating opportunities, matriarchal pods socializing and whales going ballistic with huge breaches were some of the highlights. I have to admit that we risked to get really spoiled! 😉 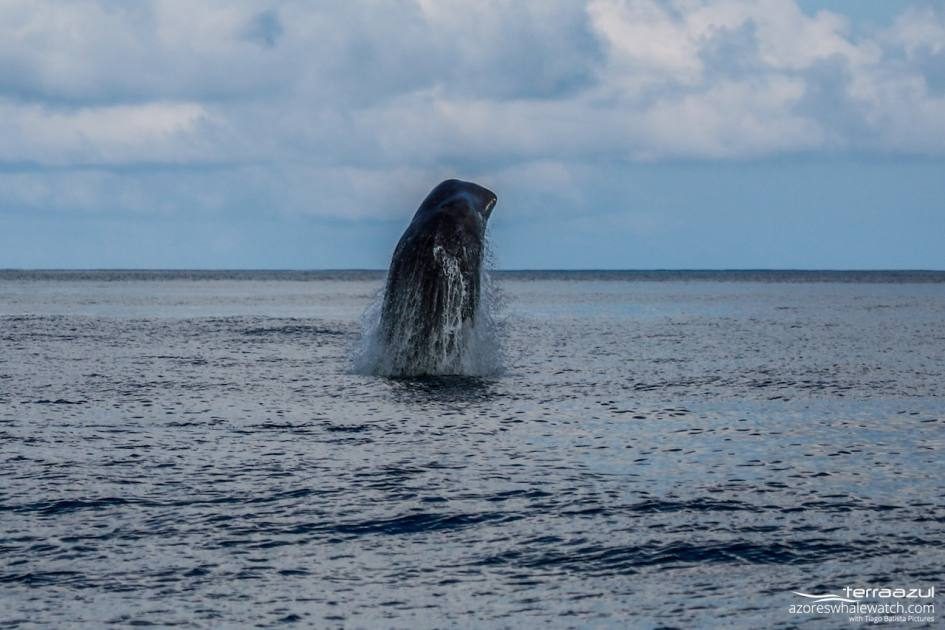 An adult Sperm Whale (Physeter macrocephalus) ‘takes off’ next to Terra Azul boat. We observed several breaching events during the past month and this behavior is believed to be part of the non-vocal communication repertoire of whales. Also, it might help whales to get rid of parasites such as whale lice. You can find more information about these ‘little’ whale inhabitants in our previous post here!

The past month we had the chance to observe TWELVE cetacean species, including a rarely sighted Minke Whale (Balaenoptera acutorostrata), some Humpback Whales (Megaptera novaeangliae), and Sei Whales (Balaenoptera borealis)! It seems that some baleen whales are a bit late on their migratory route 😉

A juvenile Humpback Whale (Megaptera novaeangliae) dives next to Terra Azul boat. Its fluke has been already uploaded in a Happy Whale, an international citizen science project that will help tracking this in individual in the Atlantic Ocean…or beyond! 😀 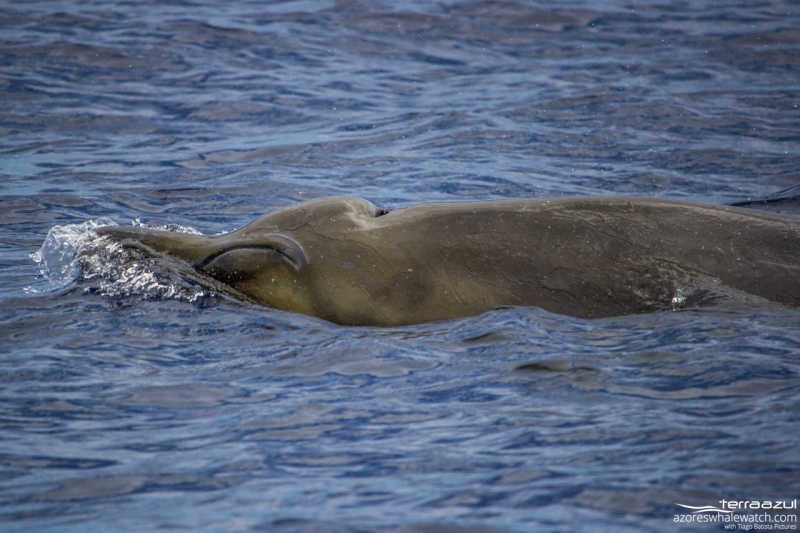