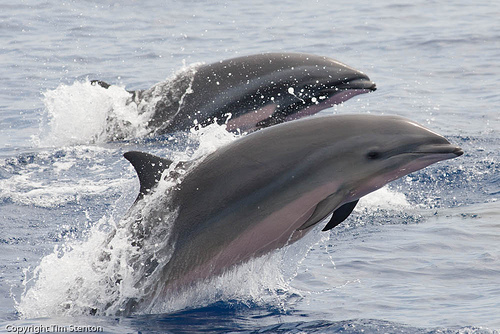 The weather has let us down today, again. But that’s how it goes in November! So instead of a tour, we have a fun fact for you about the Fraser’s dolphin. It is not a regular here, but it passed here some times, a long time ago. But still, interesting!

This species is not known too well, due to getting lost to science and only ‘rediscovered’ in the early 1970’s. This dolphin is distinctly coloured compared to other similar species. A dark band goes from its head to underneath it’s tailstock, with a grey or whitish line on top. Their back is grey blue or grey brown, with a pink or white belly. It’s very nice to see! 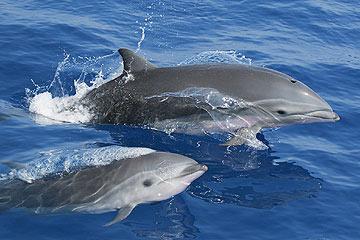 The Fraser’s dolphin is, just like the striped dolphin, quite shy. But they can be more approachable in other areas, they even tend to go bow riding with boats. They are usually seen travelling in groups of 100 to 500 animals, but they can be found socializing with up to 1000 individuals! 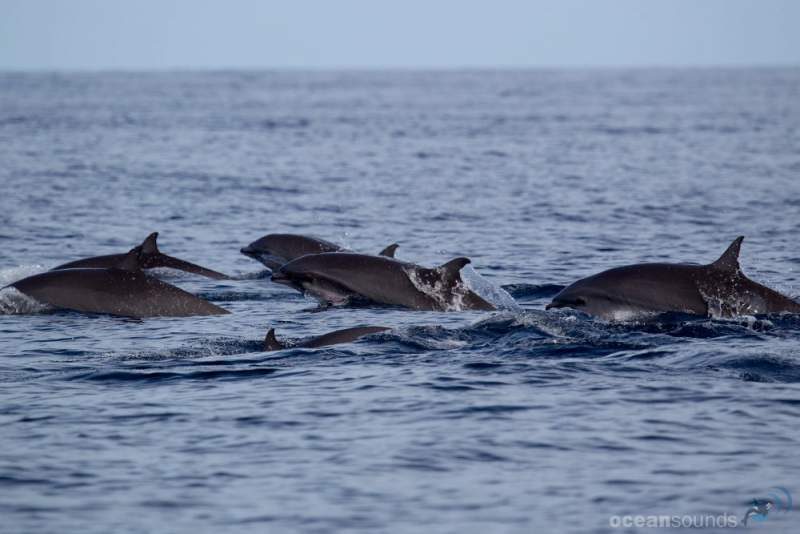 They tend to have a quite aggressive swimming style, splashing their way while travelling. They can also be seen among other cetaceans, like tropical toothed whales and dolphins. Usually they can dive to a depth of 250 to 500 meters, which is quite deep. 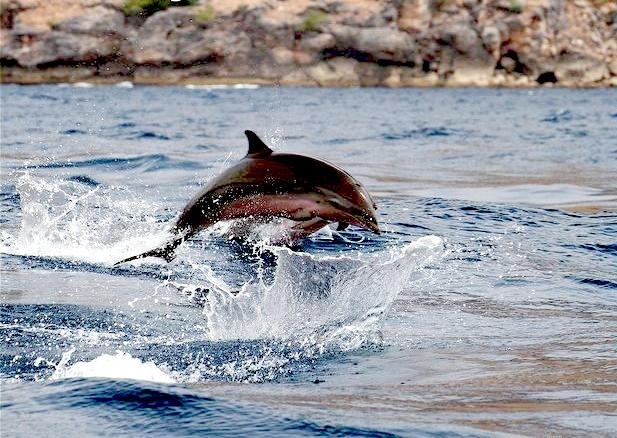 If you want to know more about them, I suggest to take a look here. Unfortunately we don’t see them often during our tours, but we have many other species which we visit in the ocean! Come with us and experience it for your selves!