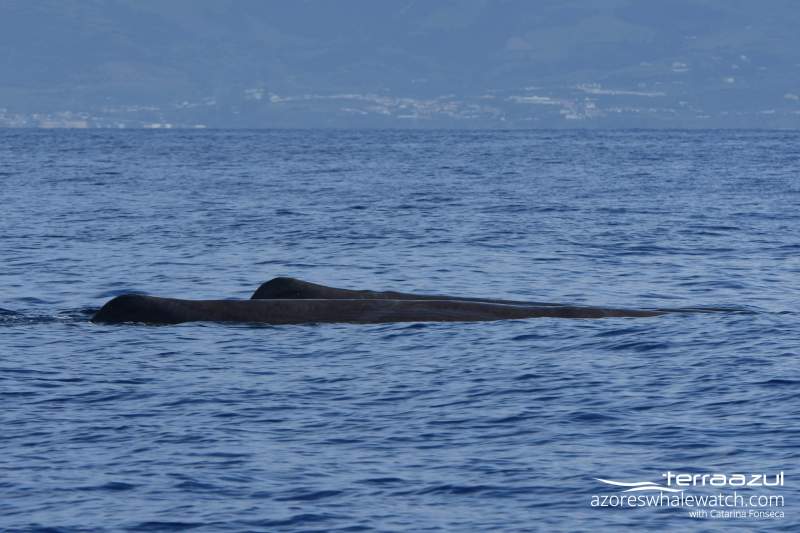 What a  day we had today! We have been so spoiled by nature lately that we will probably get badly acostumed soon 🙂

The day started with a very relaxed group of Risso’s dolphins. From the age groups present, it was probably composed by adult females and their calves. From our resident dolphins, they are likely the species we see the least – so it’s always a pleasure to spend some quality time around these beautiful animals 🙂 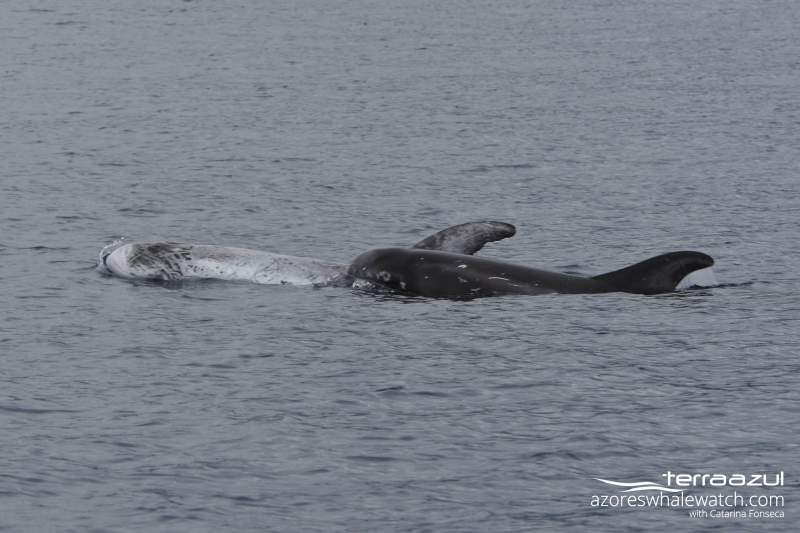 Risso’s dolphin mother and her calf

Most of the rest of the morning and afternoon was spent with Sperm whales! Today they decided to be living proof of how different our sightings can be: even within the same tour, different groups can be showing completely different behaviours. The first group we met was absolutly amazing, delighting everyone onboard! 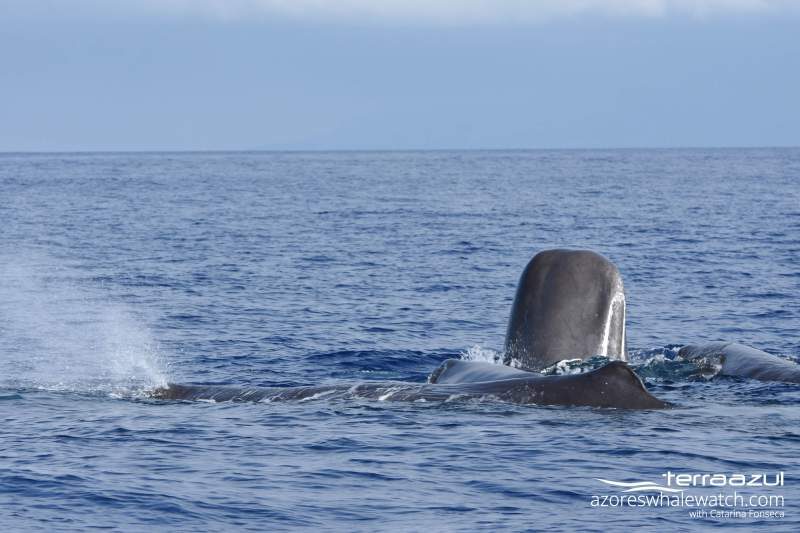 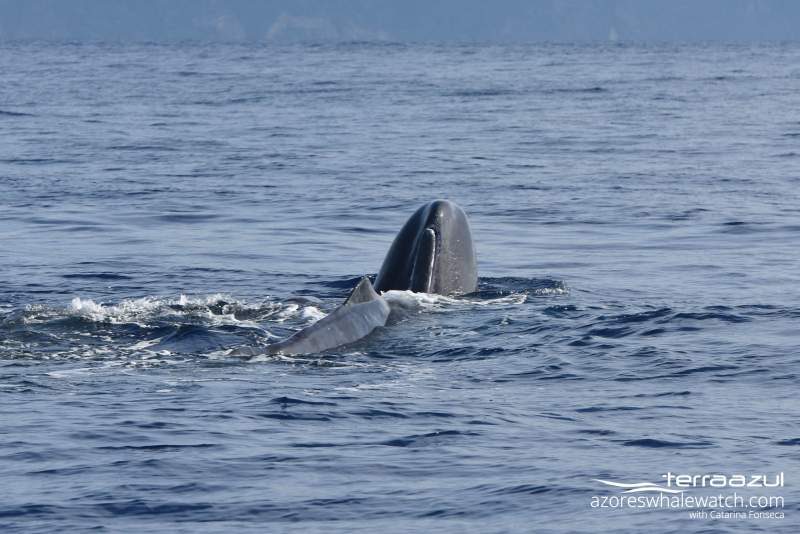 A group of about 7 individuals, including a young baby, were playing around, turning on the side or spy-hoping. For most of the time we could keep the engines turned off as they were barely moving. At some point, they even came so close to the boat that we could almost touch them! 😀

Sperm whale group with small baby on the right

The second Sperm whale group we met in the morning was travelling, spending most of their time underwater doing mid-water dives. In the afternoon the Sperm whales continued to travel alternating mid-water dives with frequent surfaces, but one of them at some point decided to turn back and started rolling on its side and swimming belly up underwater. We followed it for few minutes and eventually it took a deep dive showing its fluke 😀 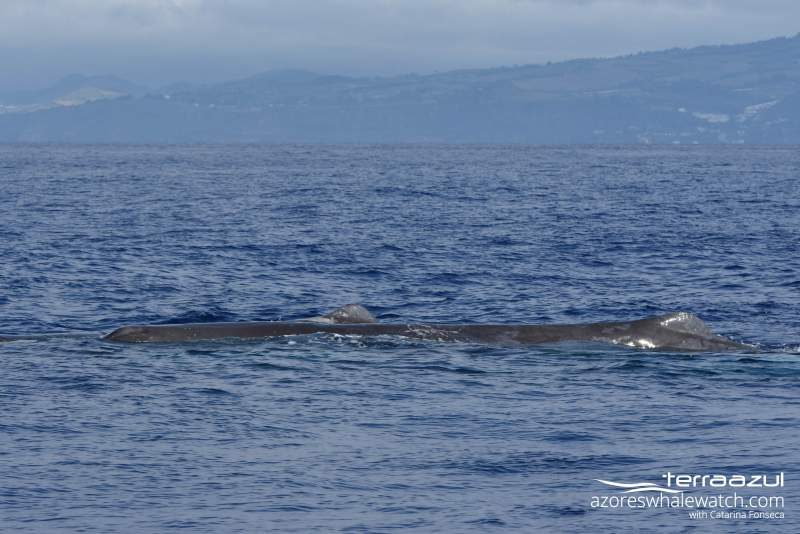 The dolphins in the afternoon seemed to be on a sleepy mood, so both the Atlantic spotted and the common dolphins were not performing the typical high jumps we are used to 😉

The day couldn’t be complete without a baleen whale, and so there we went ..to observe a travelling sei whale! 🙂 The falcate dorsal fin was visible during some of the surfacings, but we couldn’t confirm if it was the same individual seen in the past days.

Let see if tomorrow it will be still around, join us and you will found out! 😉