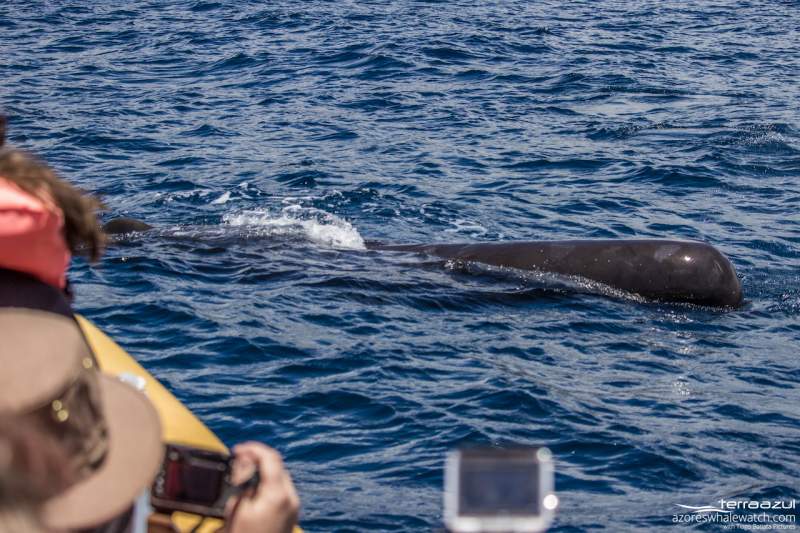 This morning was rich of toothed whales species! We started with a pod of 5 spermwhales, spread out, resting at the surface. A juvenil breached many time in front of our boat 🙂 Then we found a group of striped dolphins, travelling very fast as usual, and close to them, a group of Common dolphins socializing around us. Finally, on the way back, we crossed the road of a Risso’s dolphins family, travelling to the west. Many different species part of the odontoceti group 🙂 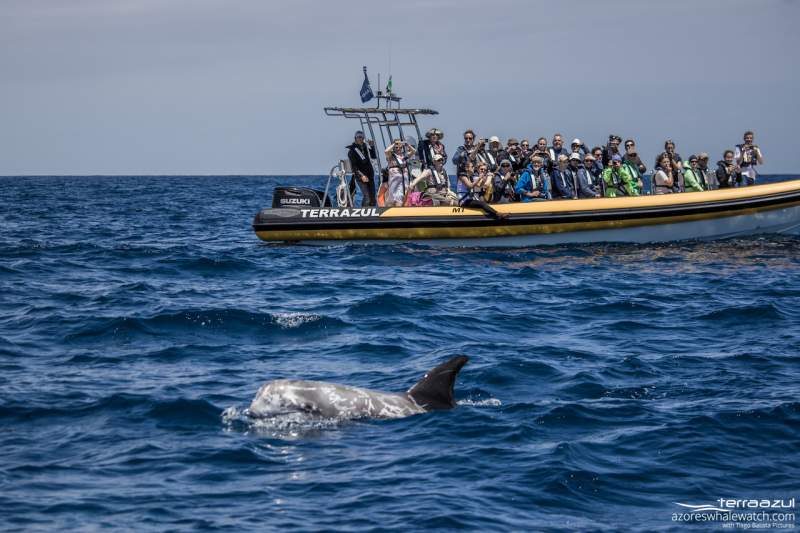 We also swam with Common dolphins this morning, who were feeding in small groups in between the birds.

This afternoon we were lucky to be in the presence of 5 spermwhales, of which 2 were calves. Good chance they are the same as yesterday. The calves and mothers were spyhopping very often, which is literally “spying” around to see the environment and us. One of the calves swam very near to our boat, like it was curious to explore!
When we moved on we even saw one of them jumping out of the water several times, but far away. 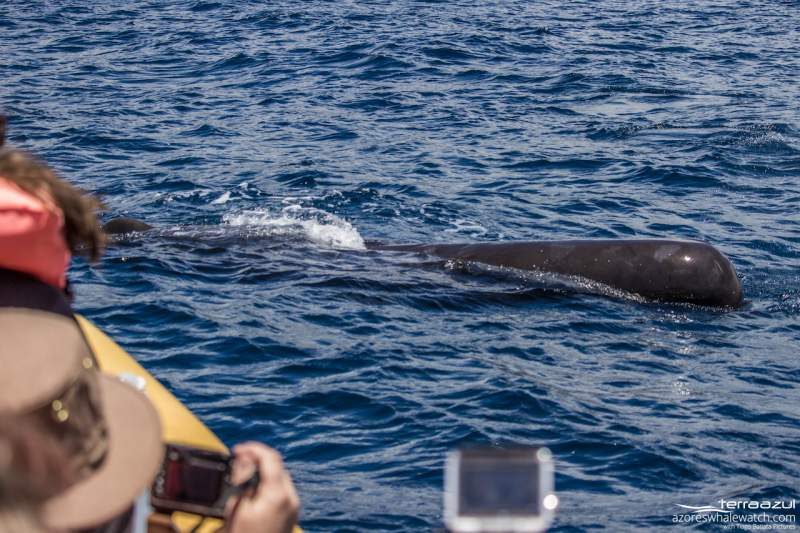 Sperm Whales mostly feed on cephalopods, like squid. Some scientist are saying, that they eat about one ton of squid per day. For feeding on such large squids they take deep dives, up to a depth of 3 km and last about 2 hours.

Later on the tour we sighted some pretty active Risso’s dolphins as they were socializing. We observed them with their synchronized movements through the water. As there were some adults in the group and one with a very white colour, we could see them swimming, especially when they showed their body near the surface. Risso’s dolphins tend to get whiter the older they get, because of scars of innerspecies fights or confrontations with their prey.

We did swimming with Common dolphins and… Atlantic spotted dolphins for the first time of the season this afternoon!! Dolphins were occupied to feed with many Cory’s shearwater around. So, 2 species that we swam with, and on the way back showed up a Risso’s dolphin as a special gift to finish our tour 🙂 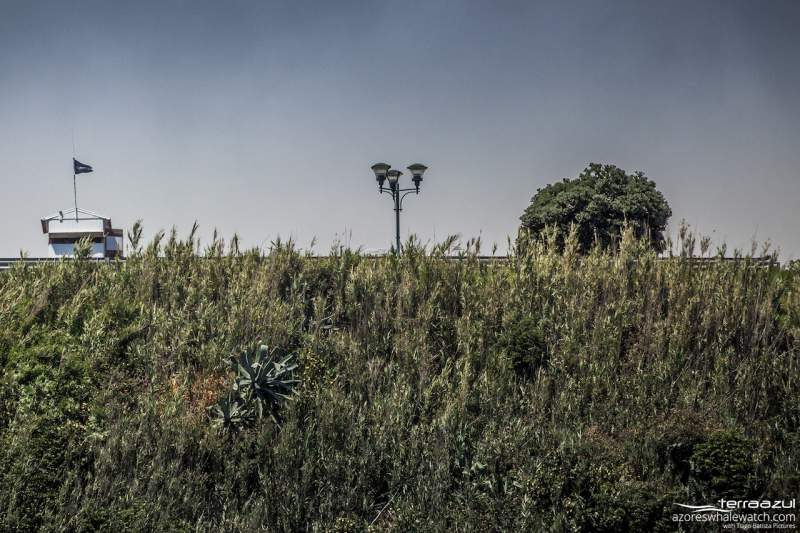 The lookout post of Filipe – the eyes of “god” since he looks after us from above!

We are waiting for you!