Fin whales are still around 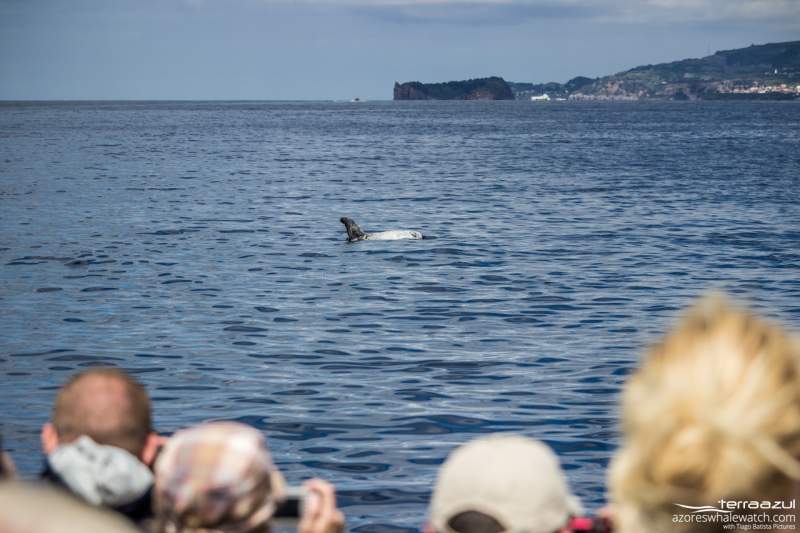 Accompanied by the sun our boats headed out to the ocean. The sea welcomed us with less waves, so you could think, that you are on a lake.

Soon we approached a group of Common dolphins, which seem to be foraging as they were not often surfacing. In the group there were juveniles and new born babies, that couldn’t move in the blue ocean as smooth as the adult ones – quite sweet to observe.

Our next sighting was a fin whale – but they seemed to be feeding too. As its nearly the same behaviour as for the dolphins with rare surfacing, we didn’t see the body very often. But during the few times we could observe the typical two blow holes, which only the baleen whales have, and the rounded arch of the back, before taking a deep dive. 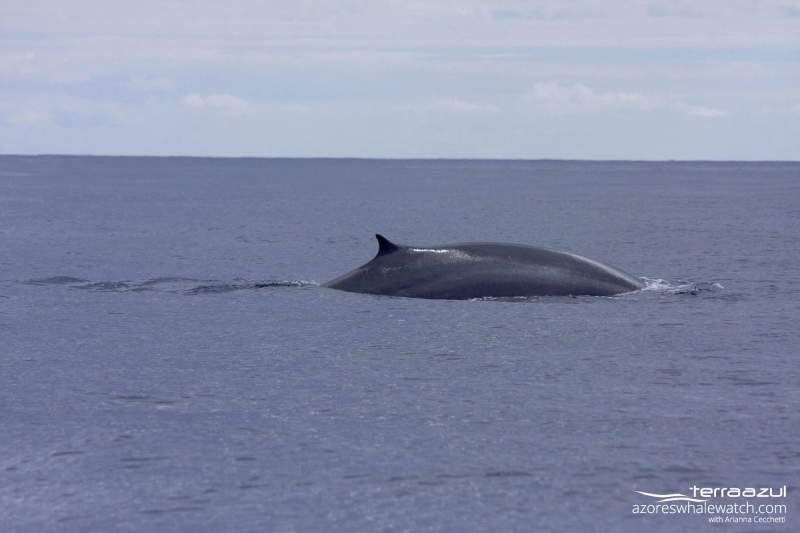 fin whale arching its back

In the end we were rewarded with a beautiful sighting with Risso’s dolphins. There were some calves in this group, but even for the young age they were joining the adults in their synchronized swimming movements. What a special moment for all of us! 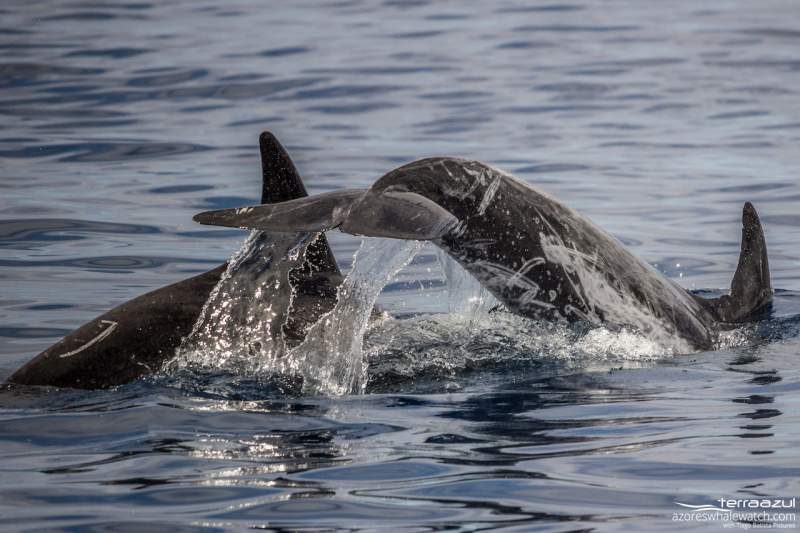 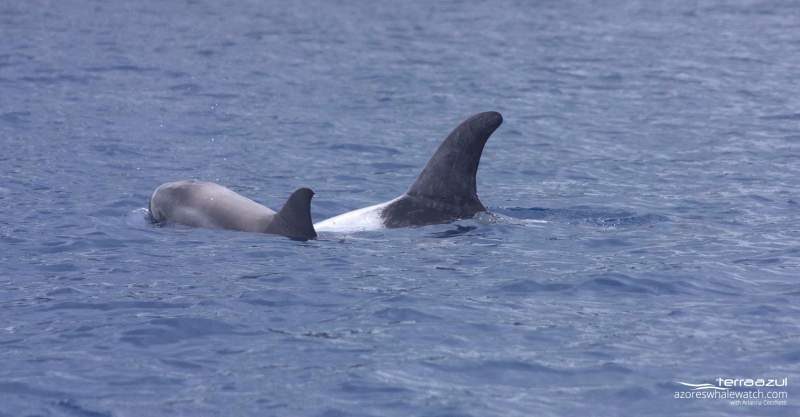 We also encountered 3 different groups of Atlantic Spotted dolphins, quite far away from one another. Still, it is hard to say if these different groups merge together in the end of the day to form a large pod again, or if they are really separated pods.

Join us on our next tours! 🙂