6 different species and a wonderful day! 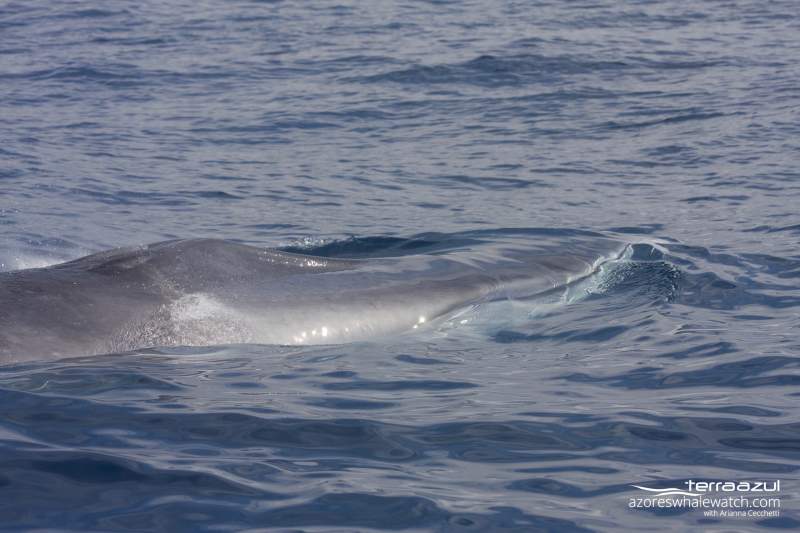 Today was one of those days you wouldn’t want to go back on land. The weather and sea state conditions were very good and wildlife didn’t let us wait too long before showing in its full beauty.

Both morning and afternoon tours included whales and dolphins. In the morning we saw four fin whales calmly swimming within the same area and when Filipe directed us to a nice pod of short-finned pilot whales we saw another fin whale. It was travelling towards W together with the pilot whales. Pilot whales have been reported interacting with other species such as sperm whales, melon-headed whales and other dolphin species. Such interspecific interactions may have antagonistic or inquisitive nature. The mixing of the fin whale with the pilot whales was likely a mere coincidence, no active interaction was observed, nevertheless it was quite interesting seeing these two species together.

The fin whale was not particularly large, possibly a subadult and its curiosity brought it close to our boat before it surfaced and continued its travel.

We ended the tour with a huge group of Atlantic spotted dolphins mixed with common dolphins while foraging in association with Cory’s shearwaters. This association on the other hand is not so strange as different dolphins species can mix when foraging. 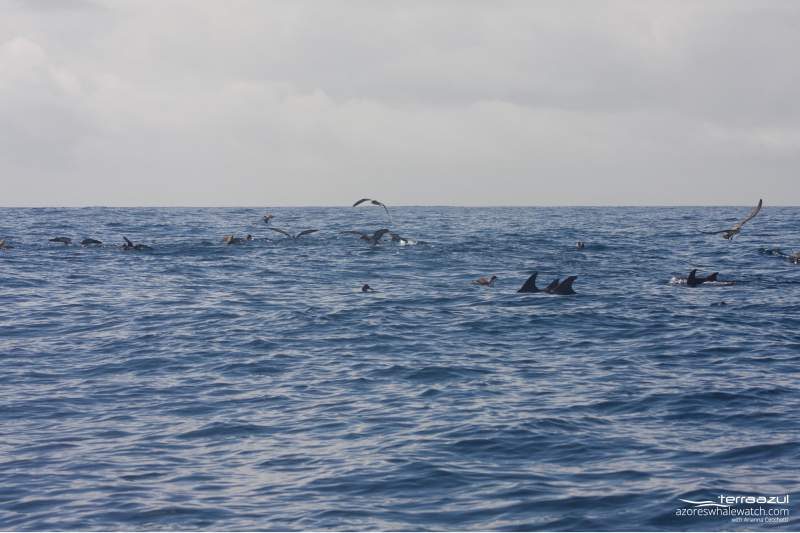 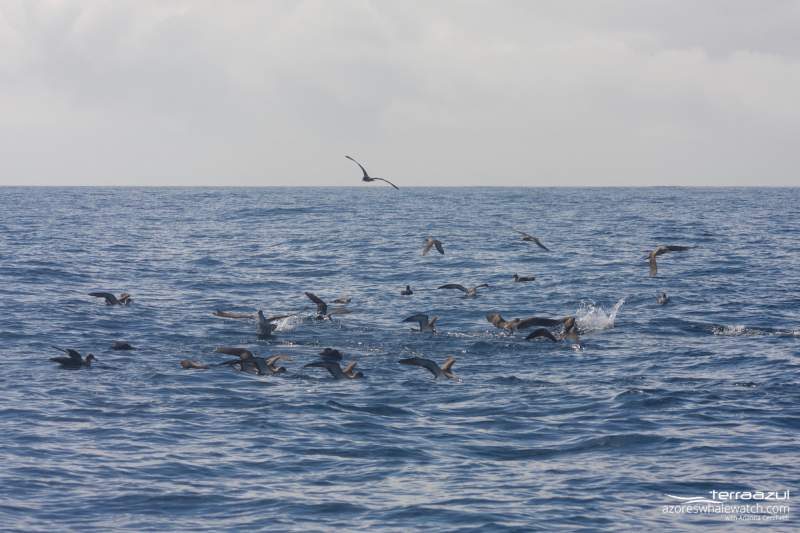 Meanwhile, in the Swimming with Dolphins tour, our group was enjoying a very relaxed swim with the group of common dolphins that were foraging. It is such an unique experience to see them interacting with the fish and Cory’s shearwaters! The full ecosystem at work. Every good moment has to end and, with a lot of difficulty, we had to leave when our time was up. 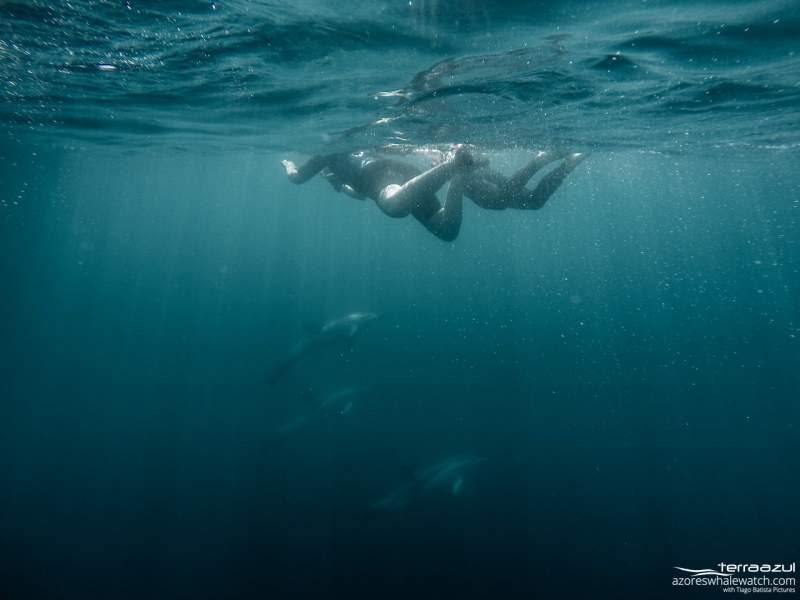 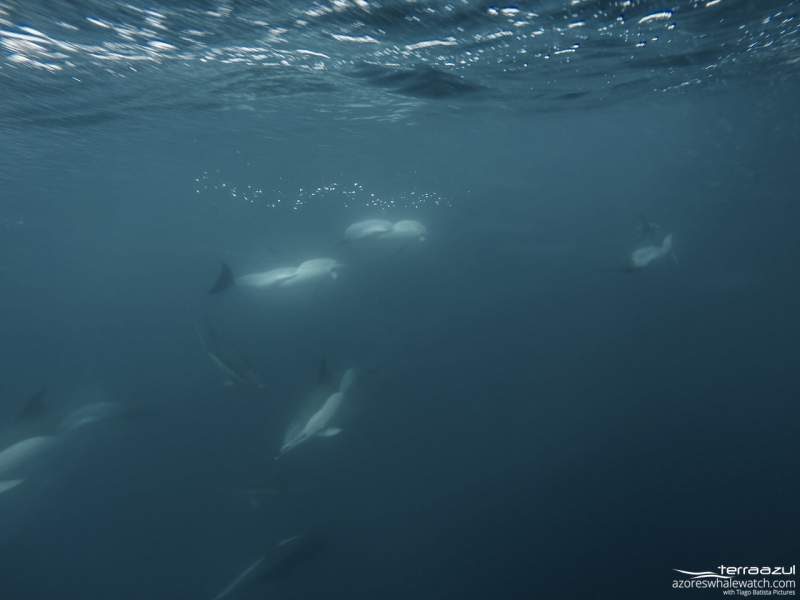 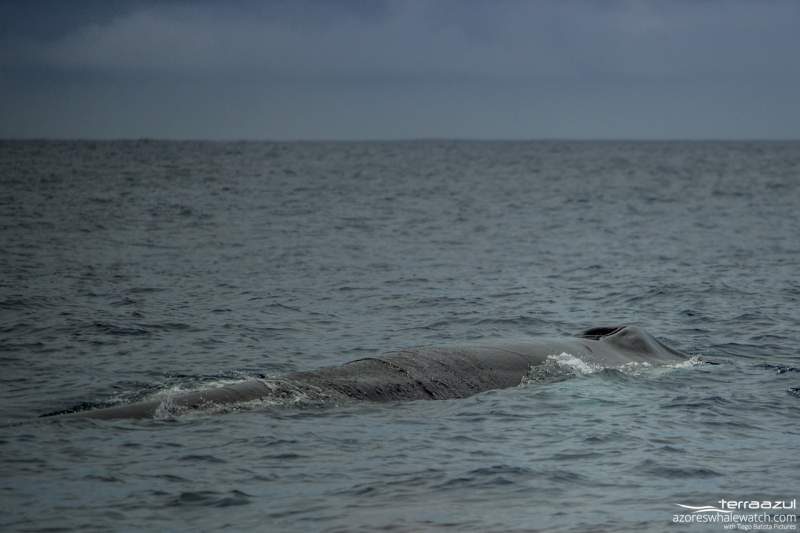 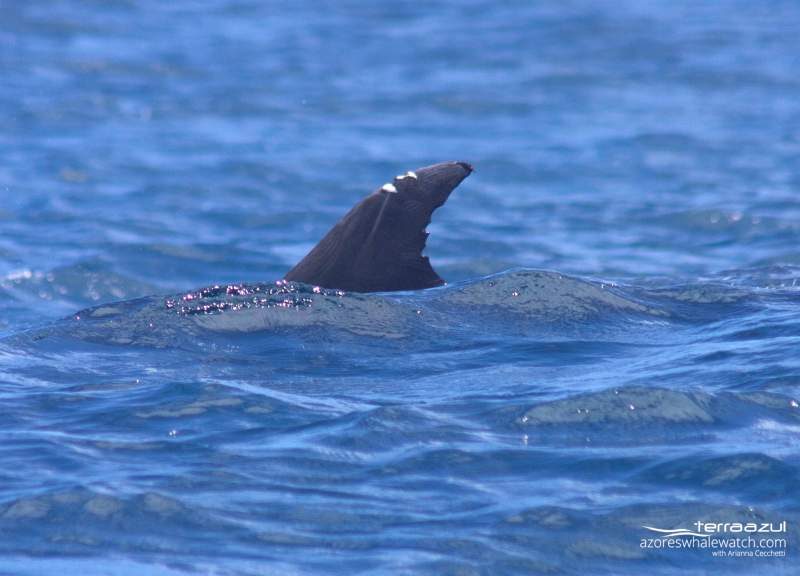 When on our way back a sei whale and two Risso’s dolphins appeared at the surface. A short but very nice encounter!

To end our day in beauty, we went out to the sea for our late afternoon tour to have another look at the common dolphins, fin whales and Sei whales 🙂