and today… first blue whale of the season!! 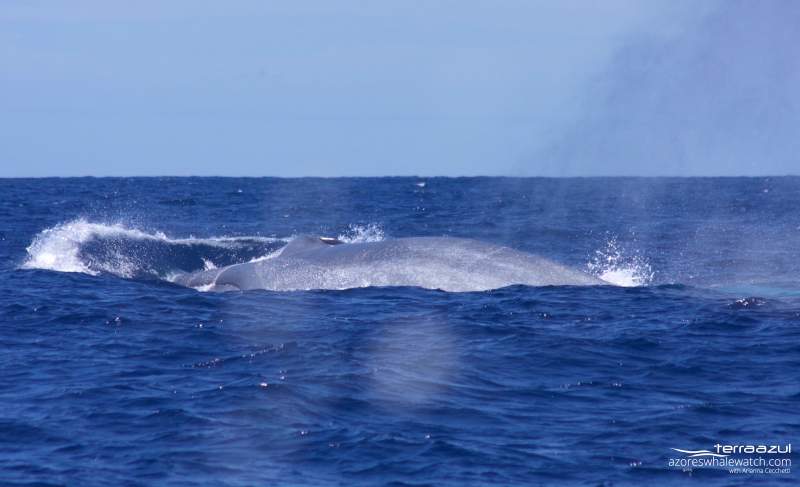 😀 It is impossible to start this post without a smile 😀

As usual, this morning we got ready for our tour and trusting our skillful lookout we headed to the ocean full of excitement. Our first encounter consisted of a large group of common dolphins, likely the same we have been seen in the last few days. They were travelling, and once in a while they were approaching the boat for an easier ride. These beautiful dolphins despite being widely distributed are still little known in terms of behaviour and social structure. 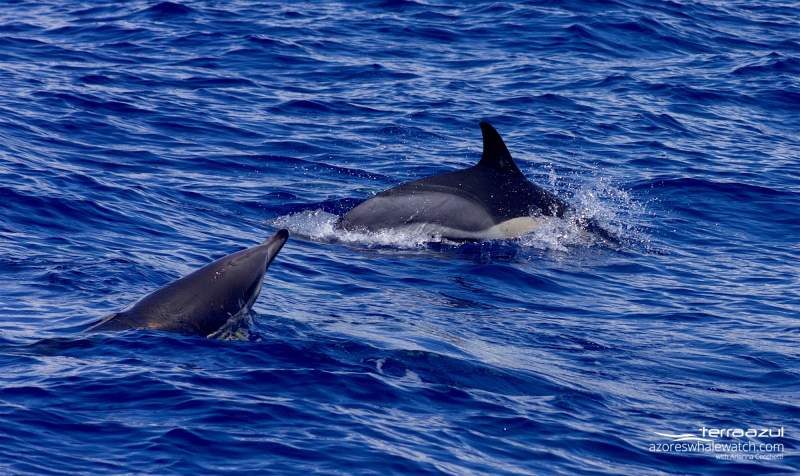 Our excitement and enjoyment did just get started, when the lookout directed us towards an area where he saw fin whales. There, we could see an individual whale while foraging and travelling. Our adventure, though, was not over as, a bit far in distance between the swell and waves, we could see below the surface a huge lighter shadow. Given the size and colour, the only option for such sighting was …BLUE WHALE! and there it was, surfacing with its massive body and tiny dorsal fin. We saw it once, before it disappeared, but that was enough to makes everyone happy! 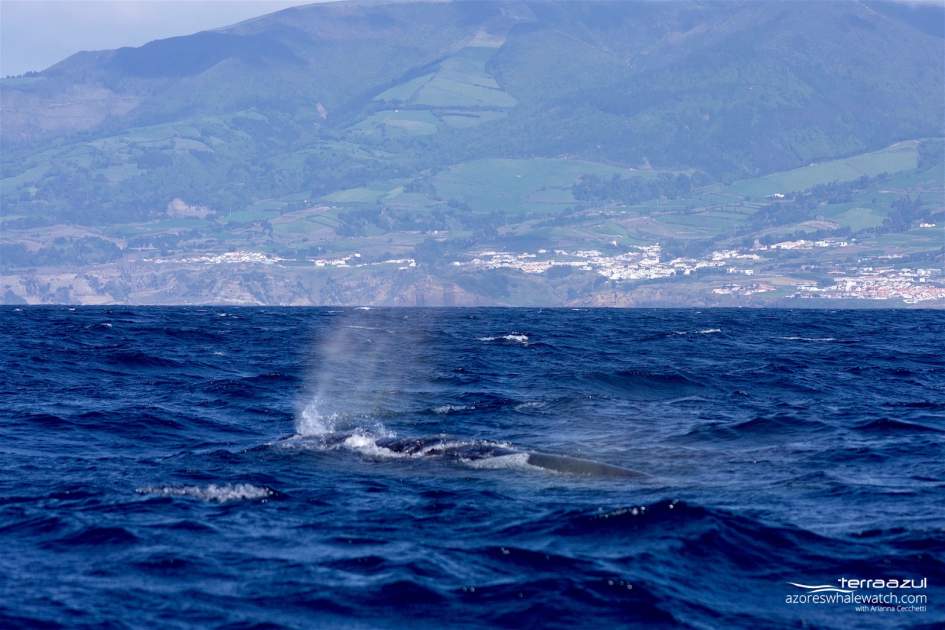 The season for baleen whales can be officially considered on 😉