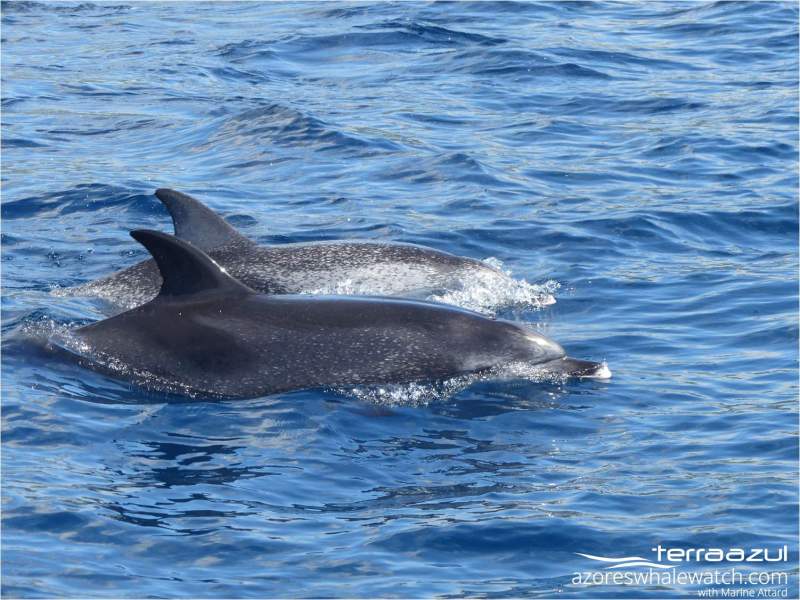 Today we encountered sea life everywere! This morning started with common dolphins. They were trying to catch their breakfast and they were very active, jumping towards the boat. There were many Cory’s Shearwaters around them trying to catch some fish with them. Then we went far out of the coast because Sperm whales were spotted. We saw one and later on another one. The first one was a big male and the other one was slightly smaller, you could clearly notice the fish smell coming from the blowhole 🙂 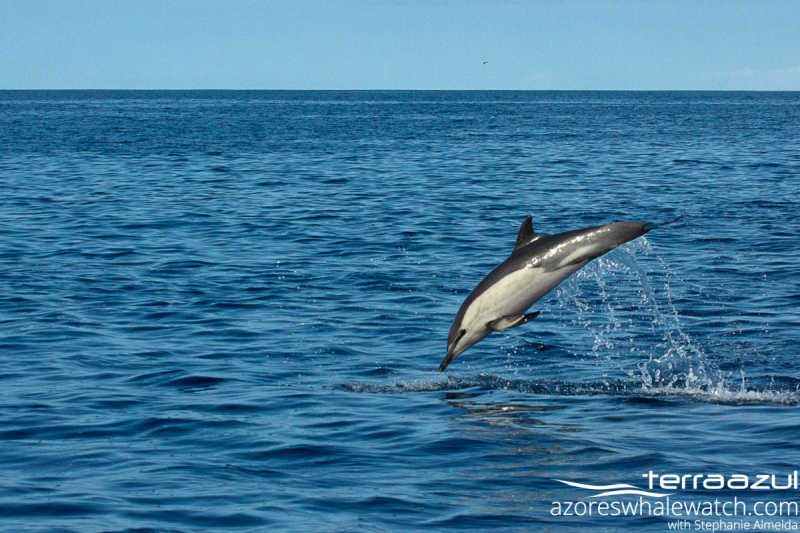 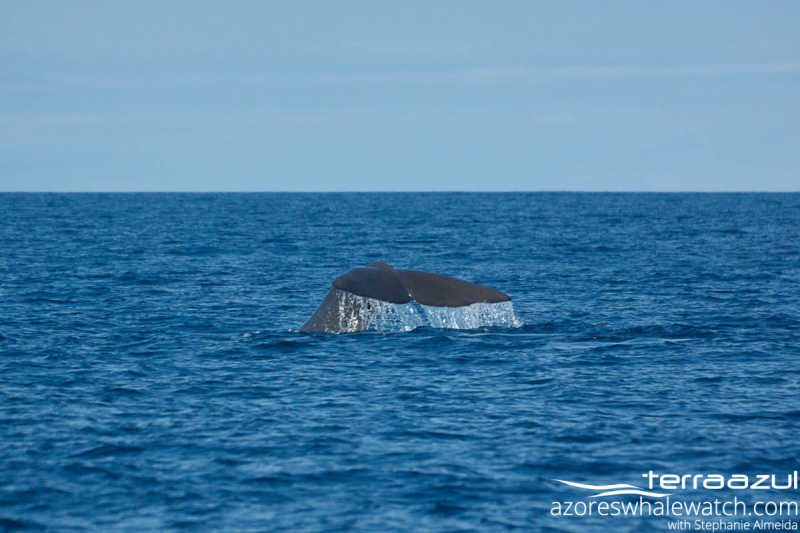 When we were on our way back we encountered a group of bottlenose dolphins with calves. Some of them were headslapping which they can do for many reasons, such as communication or when they are foraging.

This afternoon started out with bottlenose dolphins, perhaps the same one we encountered during the morning trip. This time they were slightly calmer but still active. Then we went to the same area were we had spotted the Sperm whale in the morning, but instead of the Sperm whale, we saw the Sei whale! The Sei whale was really close to the boat and you could clearly see that it was quite curious and interested in us. Around the Sei whale there was a big group of Atlantic spotted dolphins and they were incredibely active! jumping, breaching, bowriding and chasing each others. 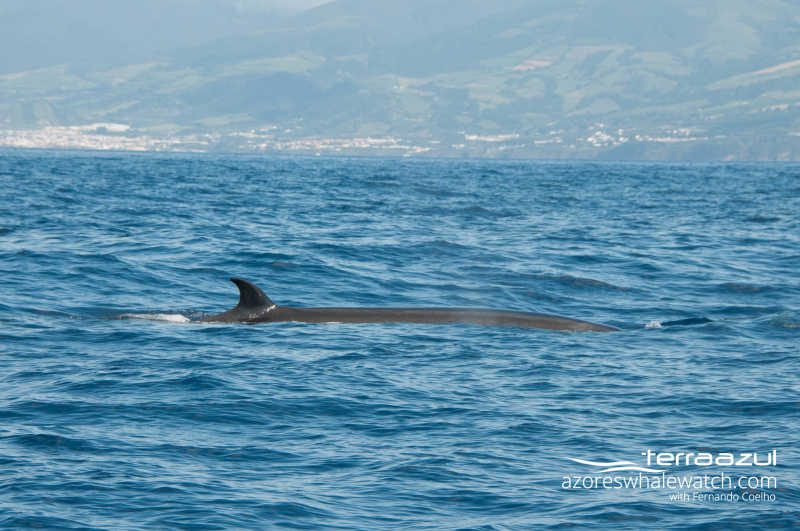 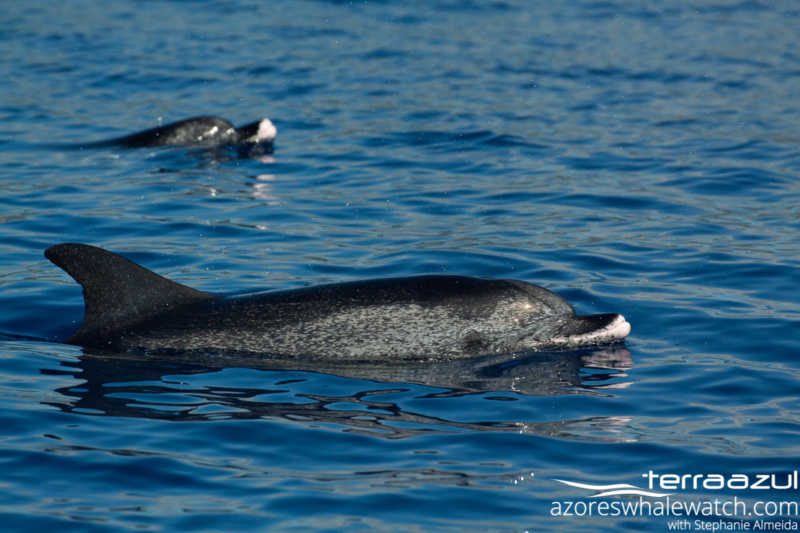 It is amazing to see so many life all around you; Atlantic spotted dolphins, Sei whale, many seabirds and fish all in the same area! Come join us and see for yourselves!