Our lookout today spotted few fin whales to the southeastern side of the Island. Their blows were getting carried away by the fresh northern breeze making it difficult for us on the boat to detect and keep track of them. So, funny as it gets, the lookout located far on land was seeing them each time, while we were struggling to reach them, and the choppy sea was not helping 😛

Eventually, though, an underwater shadow appeared behind the boat and there it was, a young fin whale was coming up calm, and soon after it was followed by another one. So, we stayed with these two young individuals, which hanged around for a while, likely resting after some busy foraging bouts. One of the individuals appeared having many tiny darker spots on its body, possibly a viral skin condition, but in order to confirm that we would have need a tissue sample for analysis. On the way back we saw another fin whale individual closer to the shore. 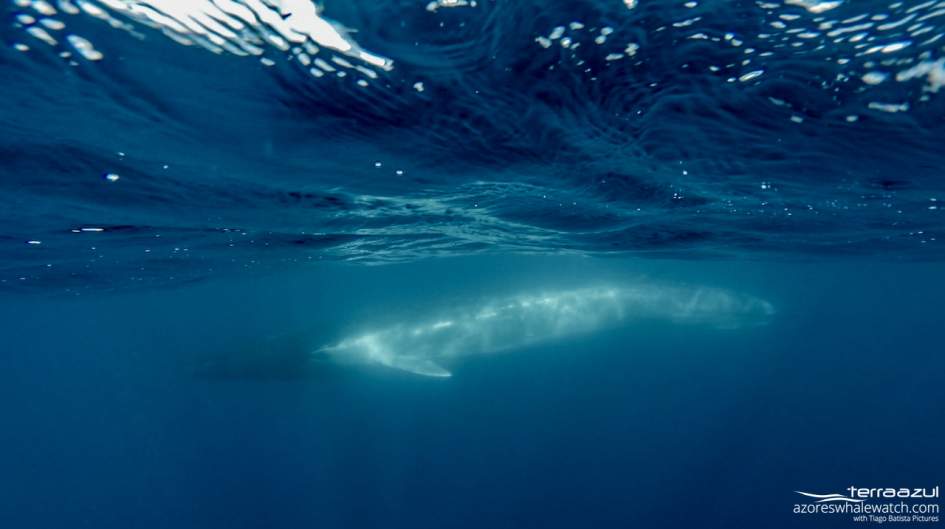