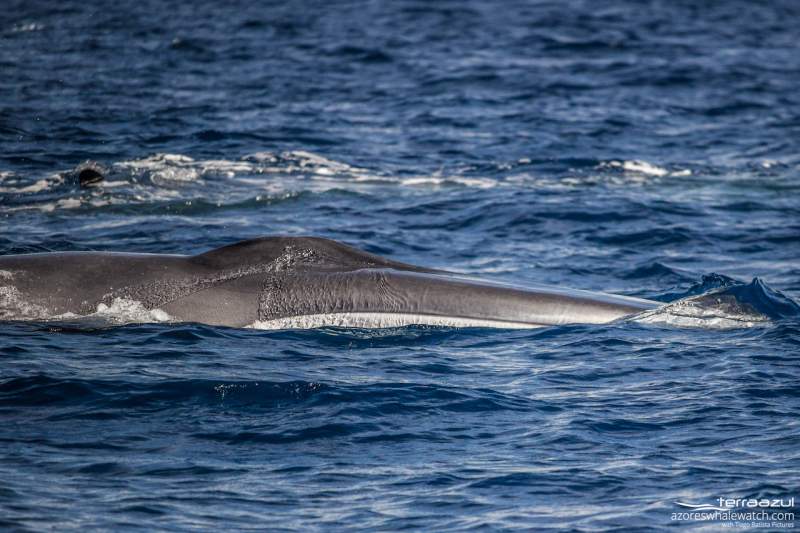 Today was one of those days when wildlife doesn’t stop to show itself. We headed out and just outside Vila Franca do Campo we found a huge group of common dolphins feeding in association with Cory’s shearwaters. We didn’t stay too long as Filipe already had spotted some fin whales and when we got to the area we were literally surrounded by them. There were seven individuals which were foraging and kept coming up in all directions like pop corns 😀 …  a real whale zone! The sea state conditions and the visibility were very good and we could see in the background Santa Maria Island, a beautiful setting for beautiful surfacing whales. 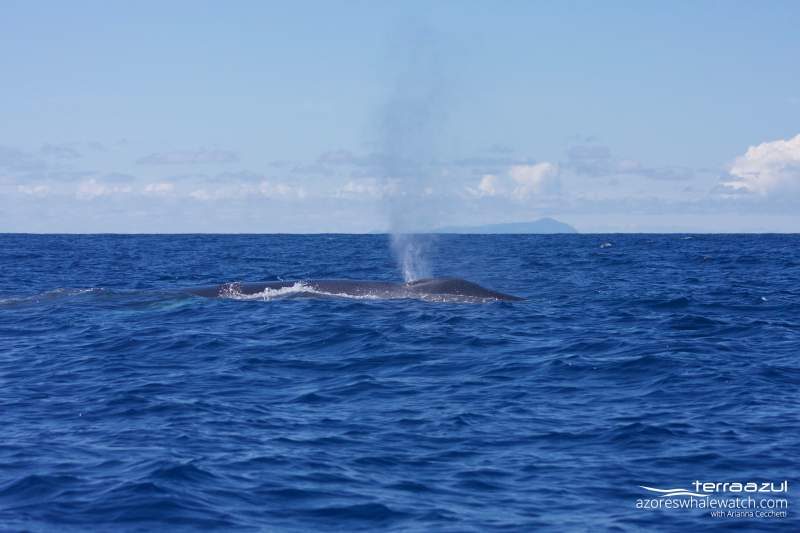 Meanwhile, our Swimming with Dolphins tour stayed with the group of feeding common dolphins. They were mixed with Spotted dolphins and hundreds of them were around! Even a sea turtle came to join the party! 🙂 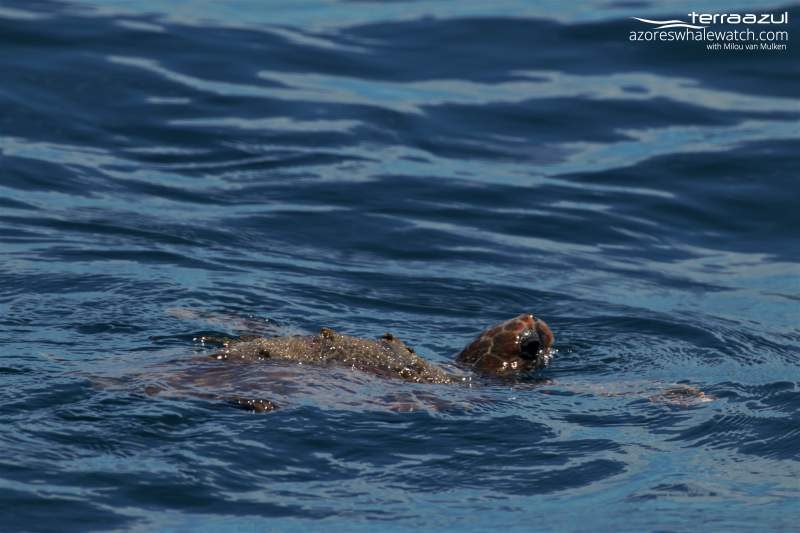 Later we headed towards some acrobatic Striped and Risso’s dolphins. The Risso’s dolphins were everywhere! It’s not common to find such a large and widely spread pod. It must have been over 50 individuals. At first they appeared to be extremely calm and barely moving, which made it easy to observe them! There was 1 juvenile with its mother, that always sticked together. Suddenly the juvenile started to jump next to our boat, at least 4 times! Very rare to see such an activity for the shy species that they are. 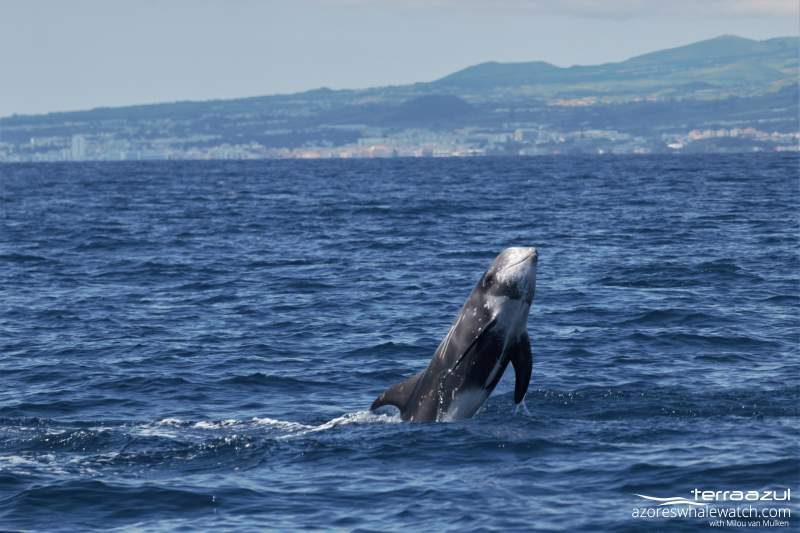 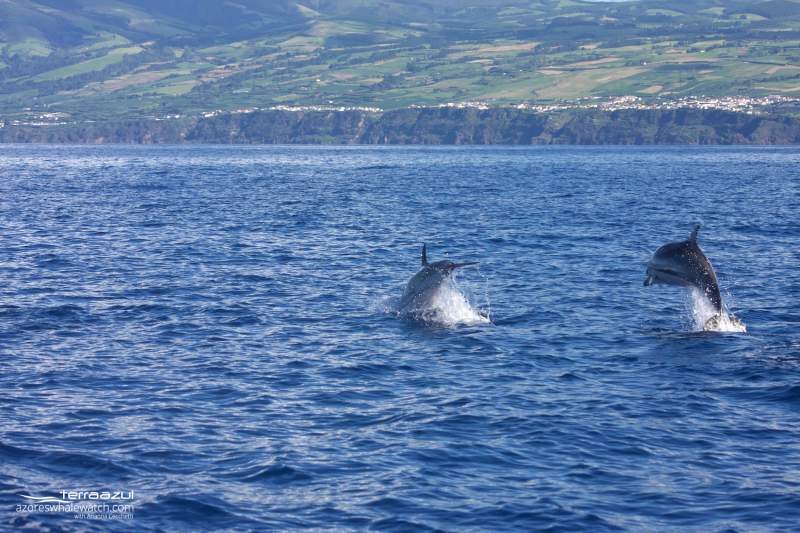 To complete our day we saw a juvenile loggerhead turtle and enjoyed the sight of a large group of bottlenose dolphins which included many juveniles, calves and tiny newborns. The group was coming from offshore waters and was travelling towards the coast, so let’s hope tomorrow they will be still around 🙂

During the afternoon, the Swimming with Dolphins tour was rewarded with 3 different species and even got to swim with Risso’s dolphins! Usually they are very shy but they are easy to follow underwater as they are white. The rest of the trip was spent with a large group of 70 common dolphins that were feeding with the Cory’s Shearwater.

Join us soon for a fantastic experience! 😀