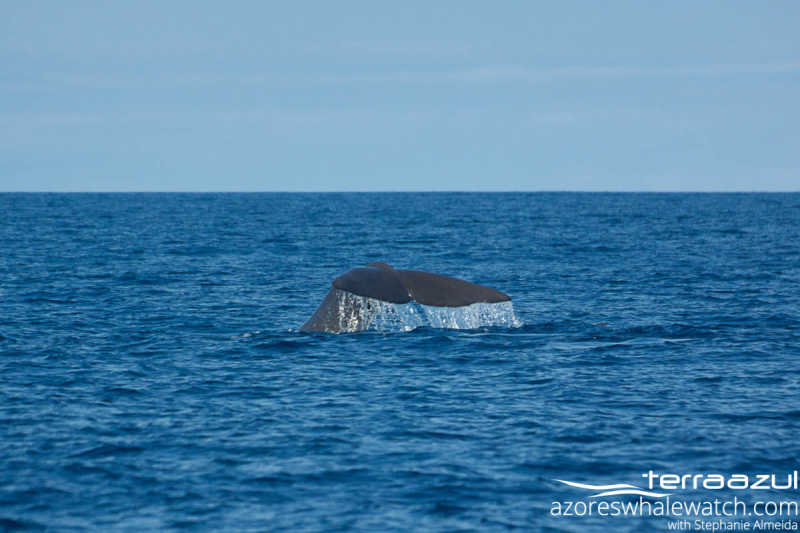 Today was a really nice day, with good weather (but starting to get colder) and lots of species!

First stop was with Common dolphins. They were feeding but very calmly, sometimes we could even see the small fish coming up. The our lookout saw a Sperm Whale close to the coast. As we were on the way the Sperm Whale went on a dive, so we went to see another species.

Also residents, we saw Risso’s Dolphins, feeding as well! We put the hydrophone on the water to see if they were vocalizing and we could hear some sounds 😀 And surprise…we could also hear the Sperm Whale clicks.