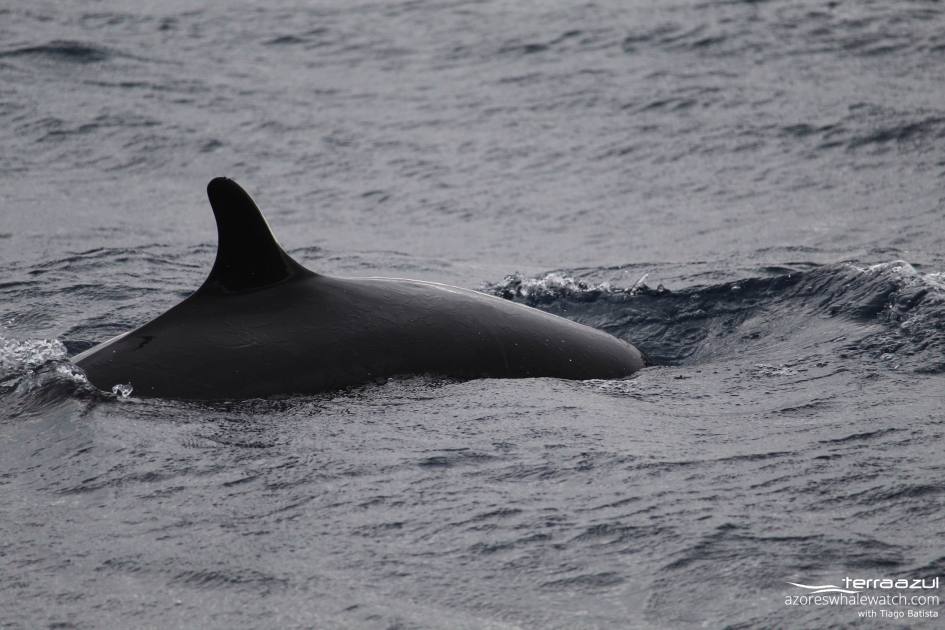 It was indeed a nice surprise seeing false killer whales on this morning tour. They have been seen long ago already, the last time was on the 9th of July!

The small group was active and included a large male and a calf. After showing up few times next to the boat and always with sudden movements, the group decided to disappear into the deep ocean. A short but memorable encounter 🙂 Besides this migratory and “random-to-be-seen” 😉 species we saw the two resident dolphin species, the Risso’s and the common dolphin. The former were busy feeding, while the latter were busy socialising. 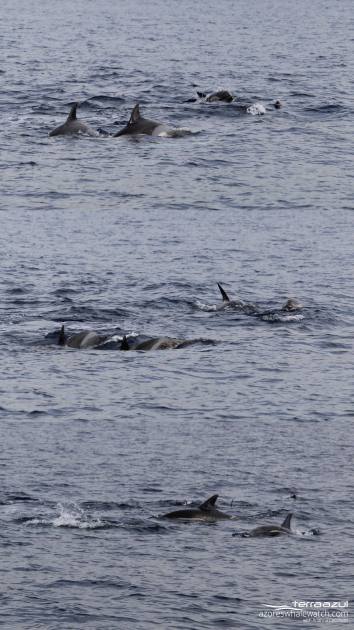 Tight and chasing each others, the common dolphins (Delphinus delphis) were busy socialising today 🙂

Among the group of common dolphins there was one individual showing a bent dorsal fin. It is quite unusual to observe bent dorsal fins in free ranging cetaceans, it is in fact far more common in captive animals like orcas. Captivity prevent animals to move freely in a properly wide environment where all the body muscles are used. Captive orcas tend to adopt the habit of swimming prevalently in one direction within the limited space where they are confined, making the dorsal fin loose its strength so that eventually it collapses. In wild populations the reasons for such event to occur is unclear. Entanglement, may be one of the reasons, but likely not the only one. What caused the dorsal fin of this common dolphin to bend is a mystery. Luckily such condition does not affect the animal to a dramatic point, so that it can keep socialising with its fellows 🙂 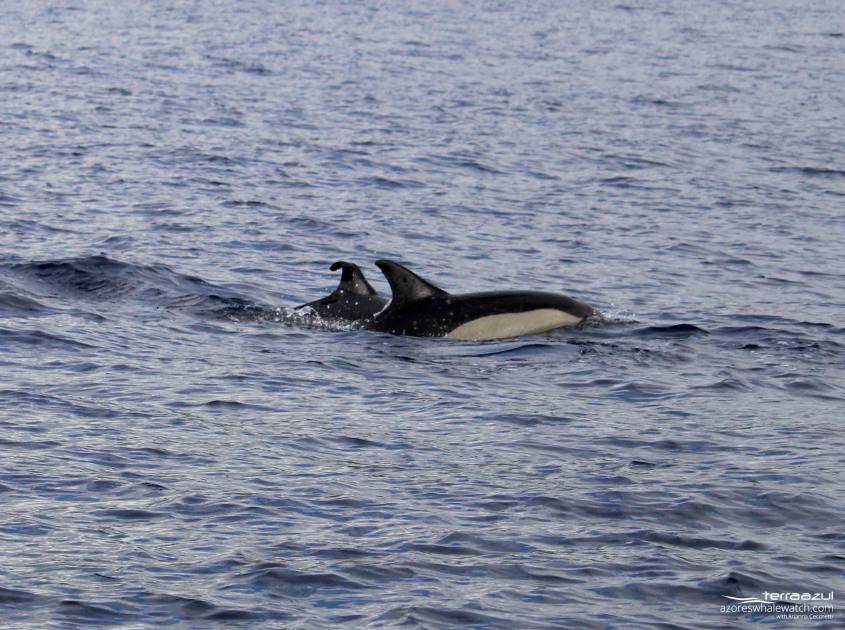