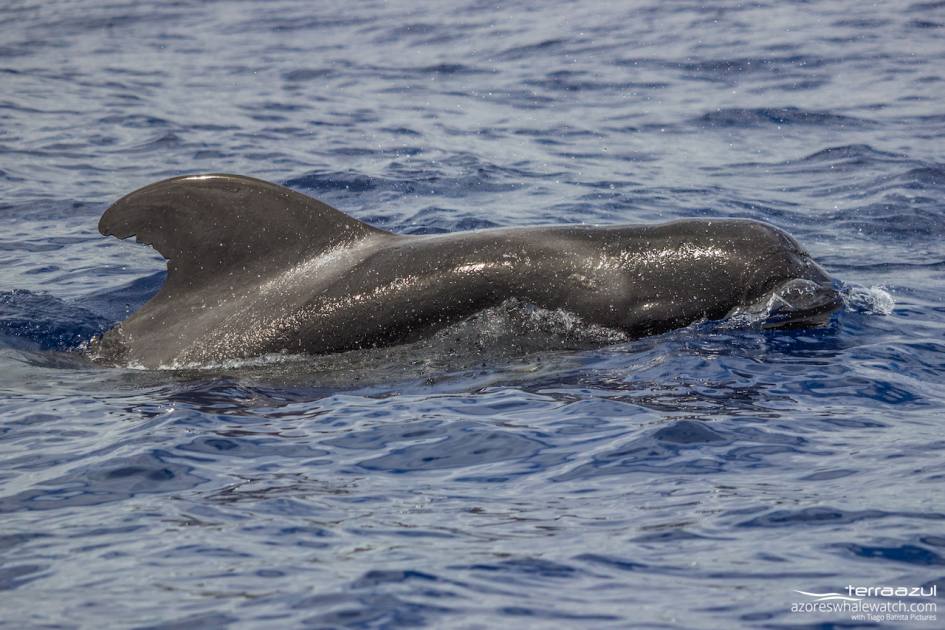 What was that for an afternoon-tour? One amazing moment after another.. whuhuu!

The two boats we had this afternoon left the marina to first see some Common dolphins near the coast. I personally loved seeing them again – they are residents here in Azorean waters, but lately not present that much. Some of them came really close to the boat, allowing us to see them swim close under the surface.

We did not stay too long – our lookout directed us to a whale-zone soon after! Several Sperm Whales were sighted by him and we were really happy to spot a Sperm Whale calf with its mother! Sometimes they would come to the surface at the exact same moment, which is especially cute I think 🙂 We did not see them deep-dive today, but could spot half of a fluke several times when the two decided to change directions.

We at one time decided to try and spot another Sperm Whale in the area, where we waited a long time without success. We then returned to our little family, but soon leave again for yet another try somewhere else – wildlife is unpredictable! The second Sperm Whale sighting was rather short – the individual decided to catch just a breath or two before dissappearing again.

We were quite late already but then heard that another boat closeby spotted Sei whales!! So of course we went over to check if this was true. And on the way we had one of the most amazing encounters with Short-finned Pilot Whales that I ever witnessed! Maybe 15 individuals were really active, came close to the boat themseves and acted really playful! There even was a small baby!! 🙂 Massive reward for the long search before, haha. 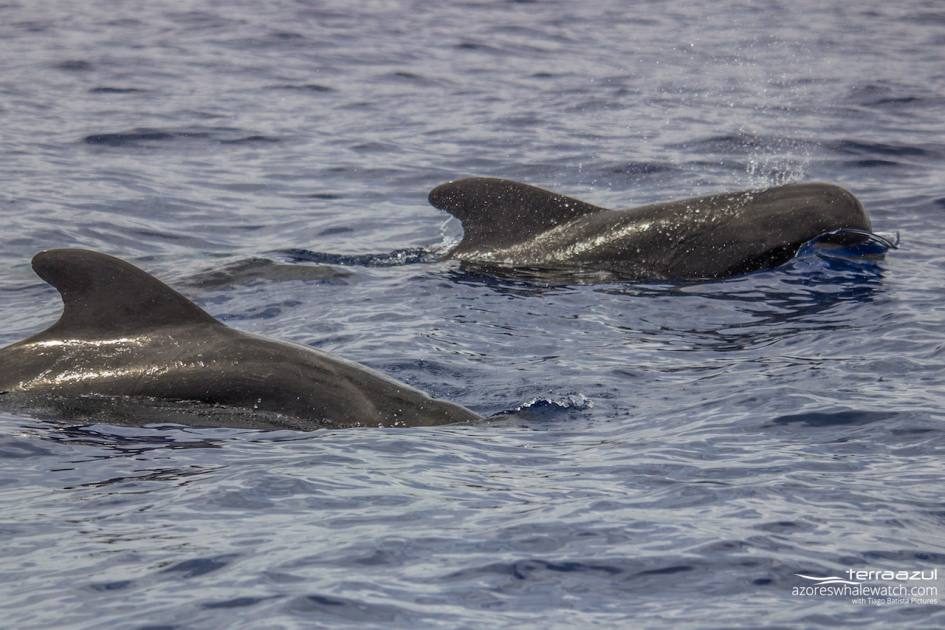 Oooh and then the cherry onn top, when the Sei Whale sighting prooved to be correct and we were able to see this giant in the water too!

I don’t even have anough space to describe how wonderful I found this tour! Especially as one of the boats saw a Loggerhead-turtle on the way back, while the others had an encounter with a big group of flying fish <3

THANK YOU OCEAN! It was an afternoon to remember 🙂