A foggy day for whales 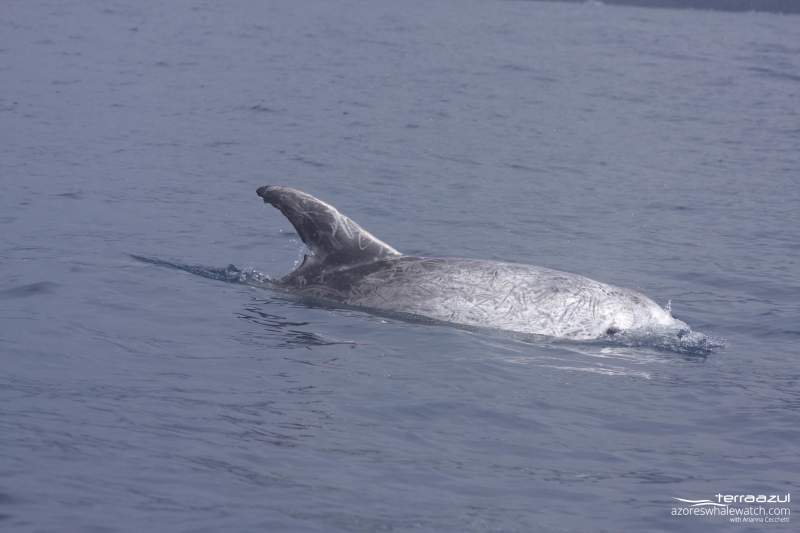 We started our day with a group of Risso’s dolphins, foraging in front of Vila Franca do Campo, close to the shore. Two fishing boats were in the area and Risso’s dolphins were taking advantage of it, speeding up next to the boats like torpedos! So funny 🙂 Adults are easily recognizable by their white colouration and scars deriving from interactions between individuals and with their prey. In contrast to others species of dolphins, Risso’s haven’t a beak. Their head is rounded and the dorsal fin is tall and erect. It can reach about 50 cm. 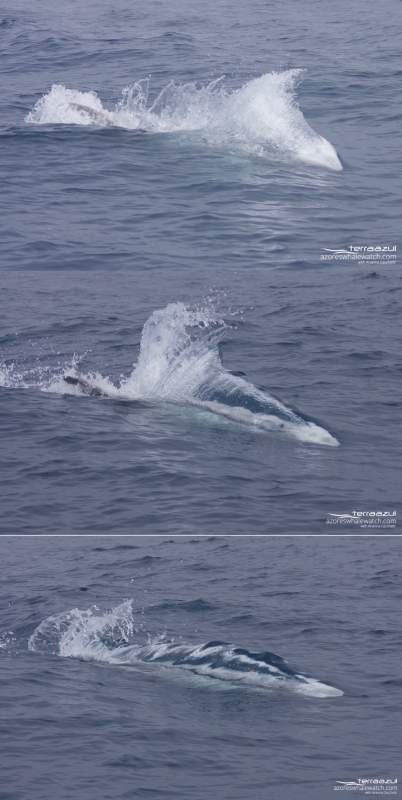 Subsequently we spent a nice time with a spread out group of around 50 Common dolphins, composed by adults, calves and juveniles. Adults were foraging while mothers and calves were resting and socializing closer to the coast. Here in the Azores, calves are born during late spring and summer, so let’s open our eyes to observe newborns!

As the weather became more foggy during the afternoon tour, we could’nt find whales. We drove around the coast and searched for dolphins. After a while we were able to find a group of Common dolphins, that surrounded our boat. They were socializing and we could observe their behavior very well. Sometimes they showed us their light belly. They have a specific colored pattern, the most elaborate of any cetaceans. The back is dark gray to black from the top of the head to the tail, the flanks are light grey and yellowish and the belly is white. 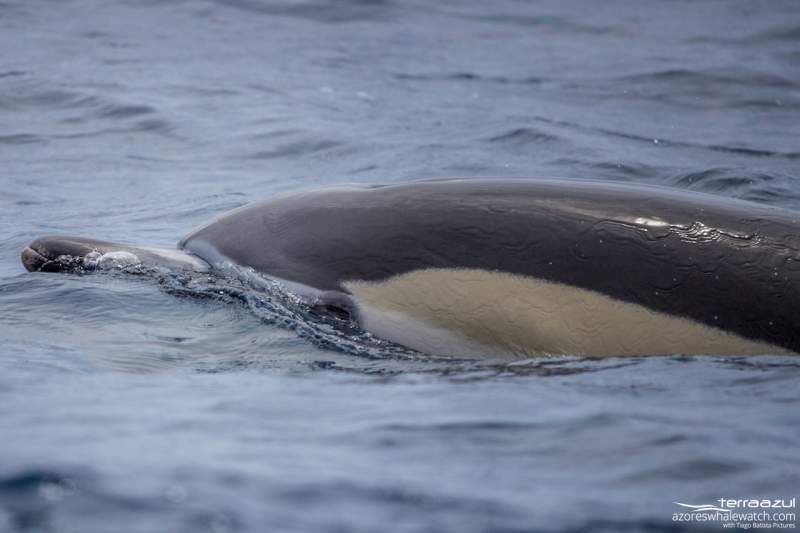 Stay tuned for more adventures with us!