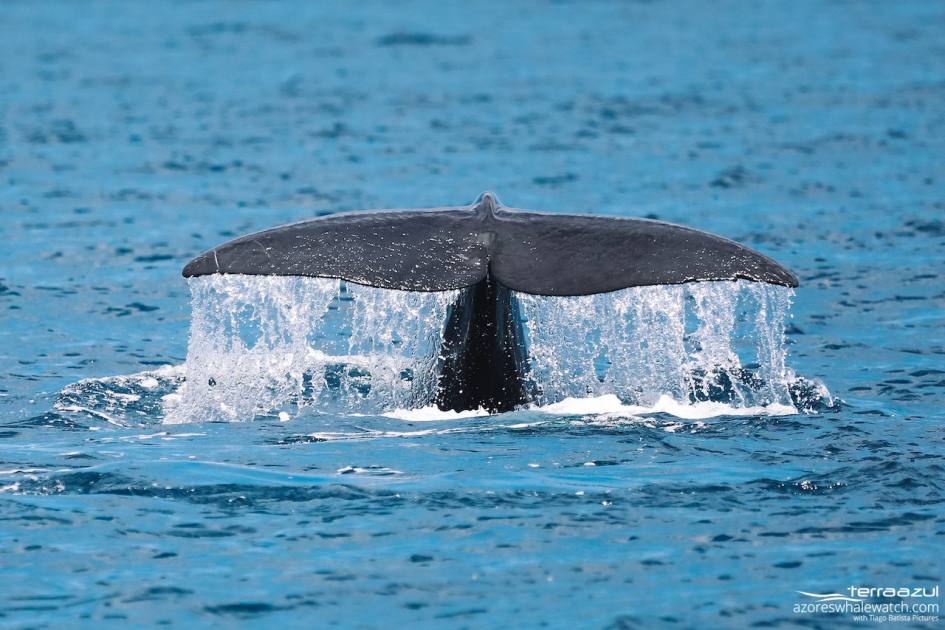 What a magical day!

We started the morning with some clouds, but the ocean was soooo flat and… full of life!

Our first spot was a tiny blow. Very close to coast we sighted a baby Sperm Whale (Physeter macrocephalus). Seeing a little calf means the mother will be around too. Indeed she was. After a few minutes we saw the mother Sperm Whale, taking care of her calf. What an extraordinary moment to be out there alone, on a quiet ocean, no wind, no other boats, just enjoying these beautiful animals.

We saw an other mother-calf pair a bit further away, but because we already spent 30 minutes in the area we decided to go. Our lookout spotted a group of dolphins. After cruising a couple of miles south we bumped into a pod of Striped Dolphins (Stenella coeruleoalba). They were so beautiful, travelling al together in a dense school. In the Azores they are often seen porpoising. It’s their typical behavior, jumping out of the water with a forward propulsion when fast travelling. Sometimes they breach as high as 7 meters. 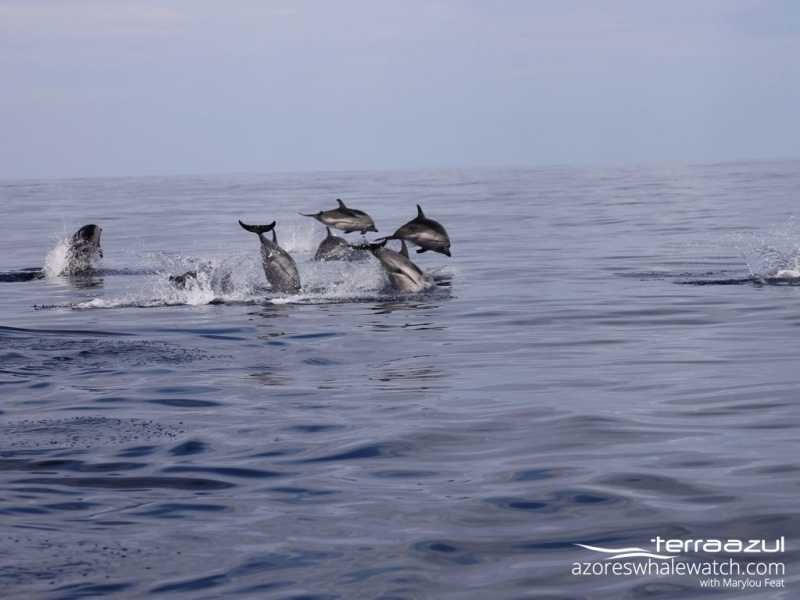 Later on we had a short encounter with Risso’s Dolphins (Grampus griseus). They were very shy and didn’t show much. I refer to one of our previous posts if you want to have more information about these species.

Talking about being shy, the group of Common Dolphins (Delphinis delphis) we sighted after the Risso’s were completely the opposite. They were very curious about us and approached our boat a lot of times.