A gentle breeze and nice sightings! 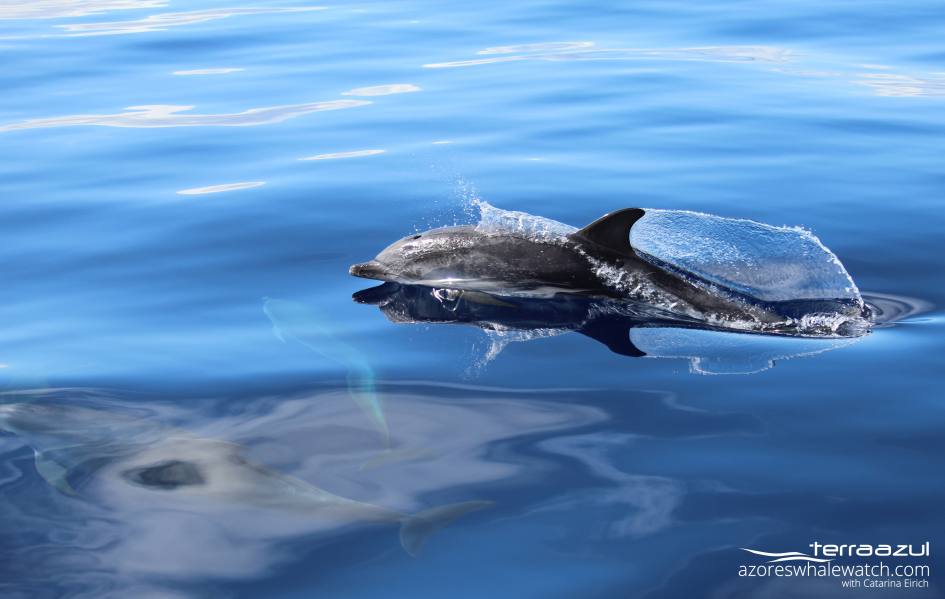 An Atlantic Spotted Dolphin (Stenella frontalis) swimming next to our boat

Today we had absolutely perfect weather conditions to observe our Cetacean friends. At the beginning of our morning tour, we could even observe a Blainville´s Beaked Whale (Mesoplodon densirostris), as the ocean was super flat. It is rare we see them, as they are deep divers and can stay in the deep ocean for over two hours. We were lucky to be in the right spot when they came up to take a breath. After a short encounter with them, our lookout was spotting Common Dolphins (Delphinus delphis) in some distance, so we continued our journey.

The group of Common Dolphins was rather small, with a number of approximately 10 animals. They probably had split from a bigger group before and were swimming calmly at the surface and not really caring about our presence. 😉 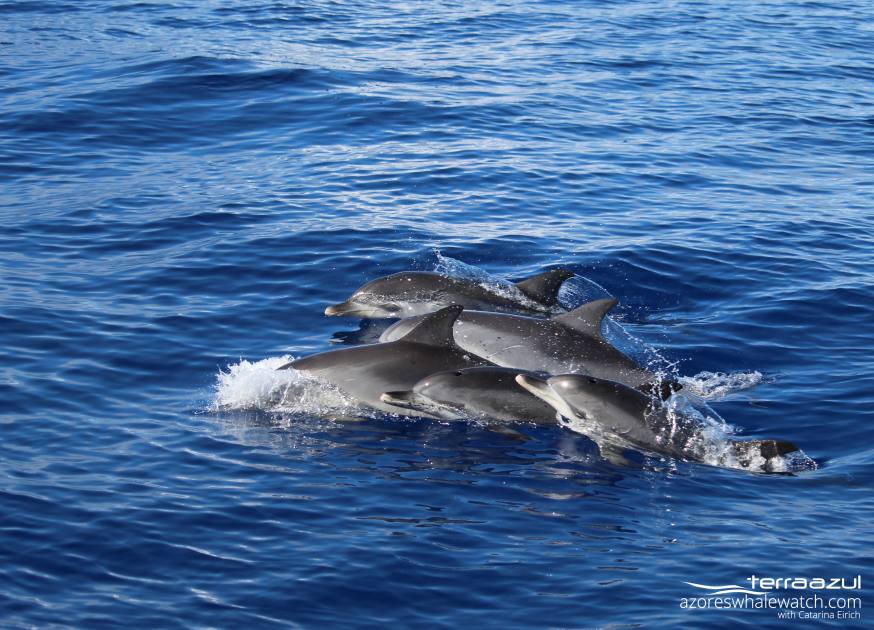 Afterwards we approached a group of Atlantic Spotted Dolphins (Stenella frontalis). They were curious and in a good mood and started swimming close to the boat. The sea was wonderfully shallow, with perfect visibility, which allowed us to observe the mammals through the water surface.  There were a lot of juveniles among the group, as you can see in the picture above. In contrast to their parents they are still almost only grey. The older they get, the more spots they have on their body. 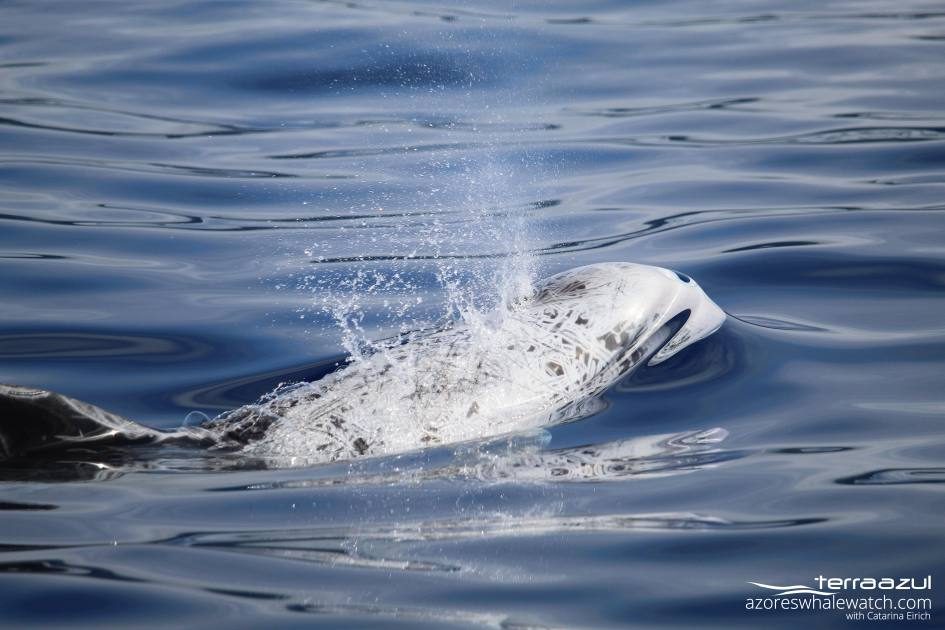 As we traveled, Risso´s Dolphins (Grampus griseus) crossed our path. They swam slowly towards the east and you could hear their breath when it was silent. You could easily see the scarred bodies of the older individuals. They get them through interactions and socializing with other group members. 🙂

On our afternoon tour we were able to see Common Dolphins, Atlantic Spotted Dolphins and Beaked Whales again!