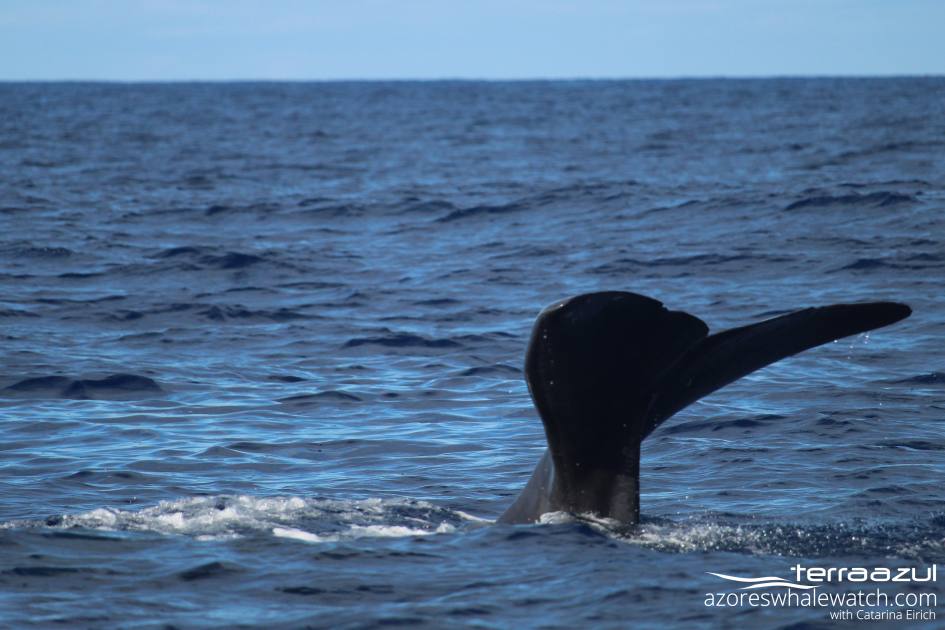 isn’t it wonderful that the sea has something new and exciting to offer every day and is in a constant process of change? Today we had an excellent morning tour! First we found a Sperm Whale (Physeter macrocephalus) not too far from the coast. But the animal decided to show us his fluke and to go diving relatively quickly. 😉

Since our lookout Filipe had already discovered Bottlenose Dolphins (Tursiops truncatus) in some distance, we continued our tour quickly. It was a friendly group of animals, which were very calm and swam comfortably in front of us. They were fairly interested in our boat. 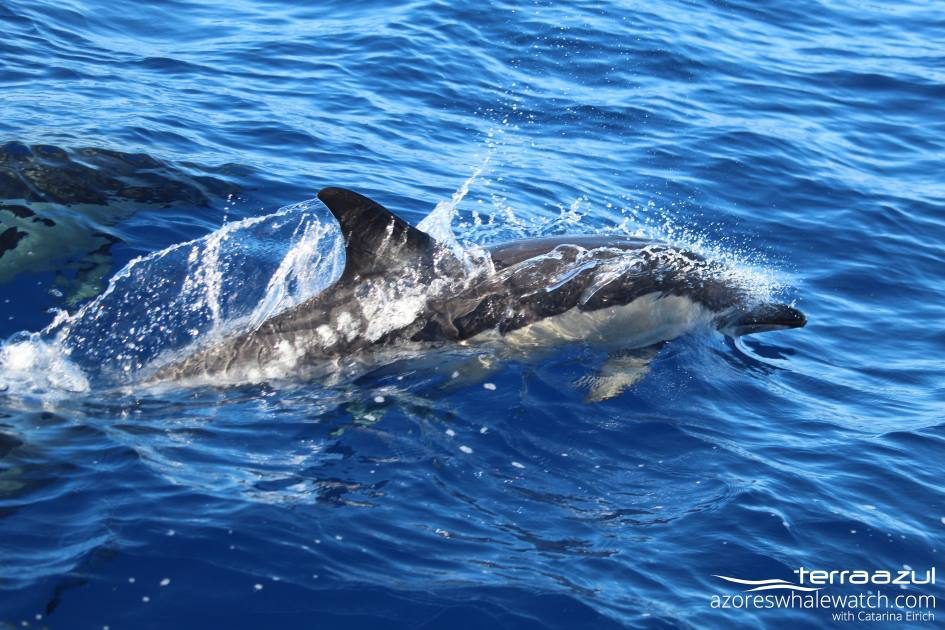 We left them soon and found a large group of Common Dolphins (Delphinus delphis). This group was much more active and many individuals swam happily around our boat.

Today there was a lot going on off the coast, so after a short time we left the dolphins for a second encounter with Sperm Whales. We found three individuals. One of them was close to our boat. Regarding the pronounced and bulbuous head, we believe it was a male whale. The size of the animal indicated a juvenile, which was migrating in east direction. After some observation the animal went deep diving. Every fluke is unique and as we managed to get a picture of the fluke, we are now able to identify the specific animal (see cover picture).  🙂 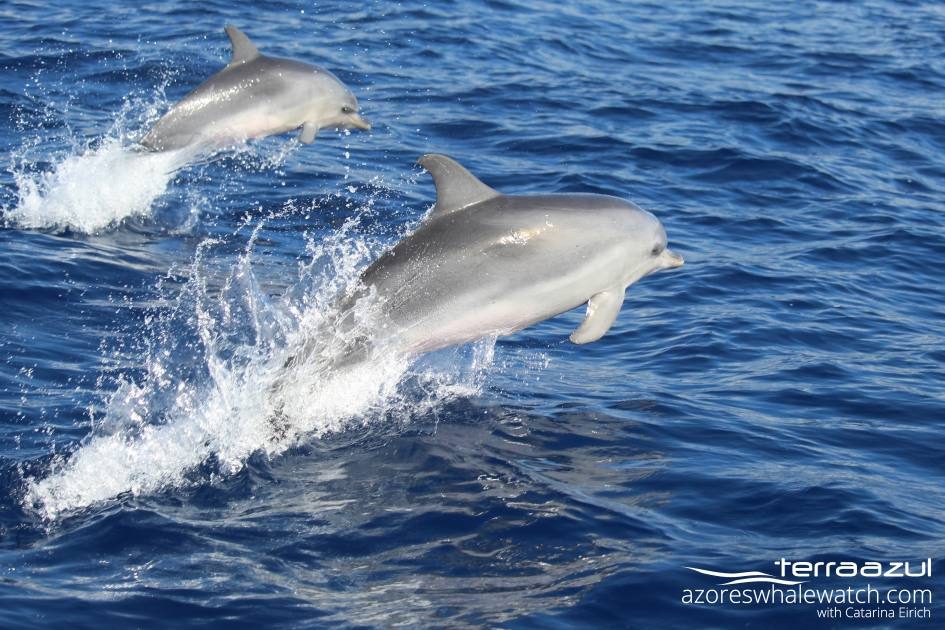 Last but not least we had a very beautiful time with a huuuge group of Atlantic Spotted Dolphins (Stenella frontalis). They were swimming synchronously, jumping and very interested in us. They seemed to be super happy and were full of life! They had a lot of tiny newborn calves and also juveniles among them. The little cuties were already jumping around like crazy and very active. Sometimes we like to call them little sardines. 😉