The calm before the storm… 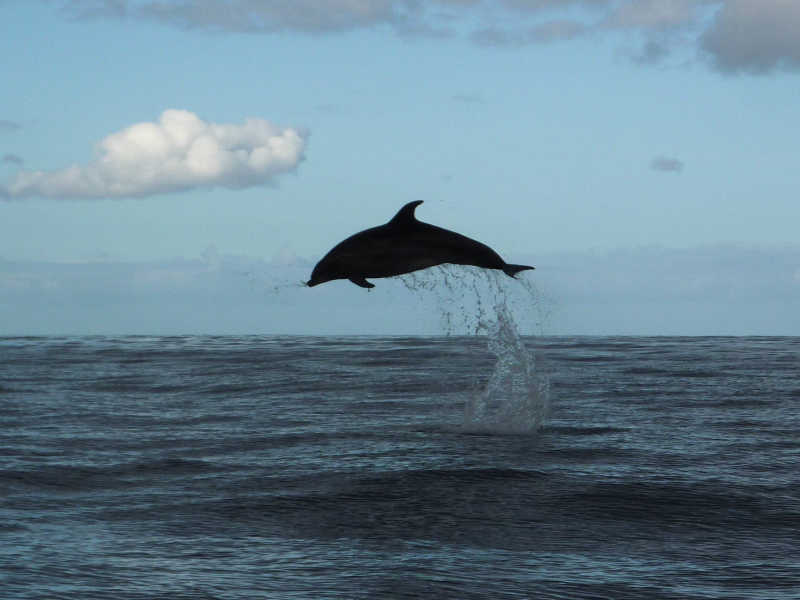 Today was a dolphin day. First we saw the Bottlenose dolphins. They were really spread out and a bit shy. They came up to the surface and some were breaching, but they were mostly very calm and they were just resting. In the afternoon however they were a bit more active, showing their huge bodies as they were bowriding in front of our boat, but of course the babies were present too!

Then we saw the Atlantic spotted dolphins (in the morning only), there weren’t many of them, less than 30 and they were also spread out. The fact that they are spread out can be negative and positive, you can not see them very well together and further away, but they are all around the boat 🙂

Then we encountered the Bottlenose dolphins again. It was the same population, but this time they were more together as a group. Not many individuals, less than 20. Eventually they came really close to the boat and you could see the size difference between the Bottlenose and the spotties really good. The people called the spotties baby’s, imagine how small they are when they are really still a baby!

Then we saw the spotties again. It was on and off between the Bottlenose and Spotted. Now they were a little more active and were breaching more.

In the afternoon we also found the Common dolphins, who were socializing with each other and also some mating occured, of course. What would be a day without mating in a pod of dolphins? 😉

Dolphins are really great to see! We always keep our distances between ourselves and the animals, but they always tend to come to our boat and check us out. They are really interested and curious about us 😀 And we of course in them!!

So, all of this happened on a very sunny day, on Friday October the 13th, with perfectly calm seas. Not an unlucky day at all. But this was the “calm before the storm” as tomorrow hurricane Ophelia will meet our island. Hold on and be with us in a few days when the big ocean allows us to go out again!