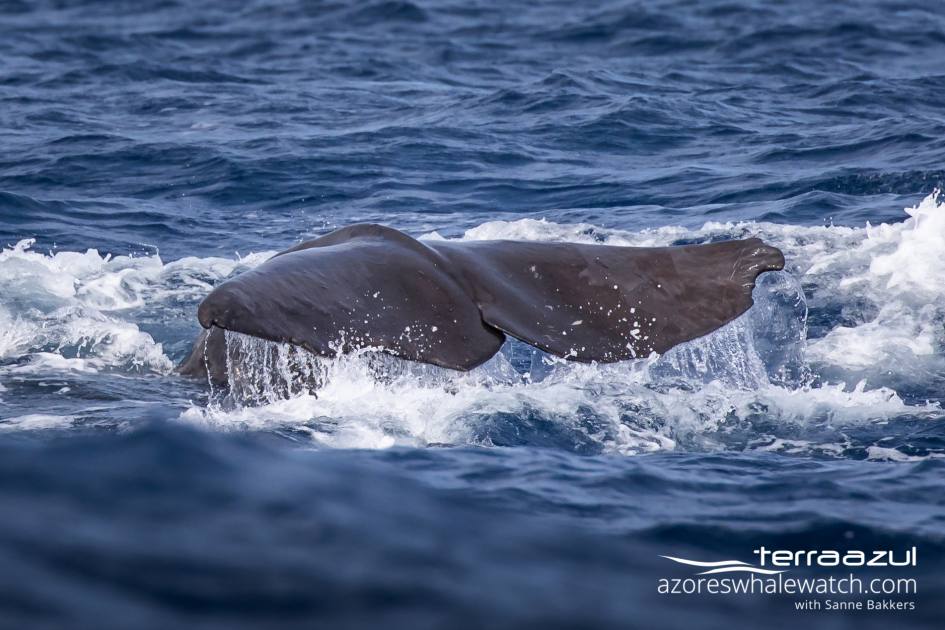 Cetaceans come in many shapes, sizes and colourations. On the 7th of July we had the privilege to see three species in the morning: the Atlantic spotted dolphins (Stenella frontalis) with their gorgeous dots and spots, common dolphins (Delphinus delphis) with their striking hourglass pattern and yellow patches, and sperm whales (Physeter macrocephalus). Even the two sperm whales we saw well carried nice markings on their bodies. 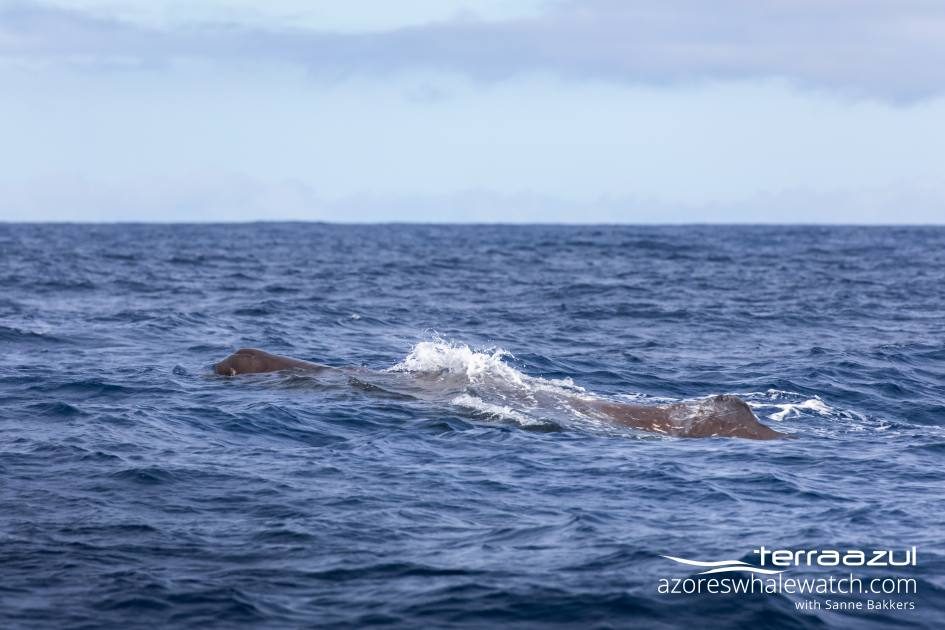 A sperm whale logging on the surface in between two deep dives.

We encountered two groups of Atlantic spotted dolphins at the beginning of our tour. One group was foraging in the presence of Cory’s shearwaters. The other group was in a social mood – they came to play with our boat, and we had a few “belly-to-belly moments” which is a typical form of social interaction for these dolphins (and in some cases can be mating attempts). 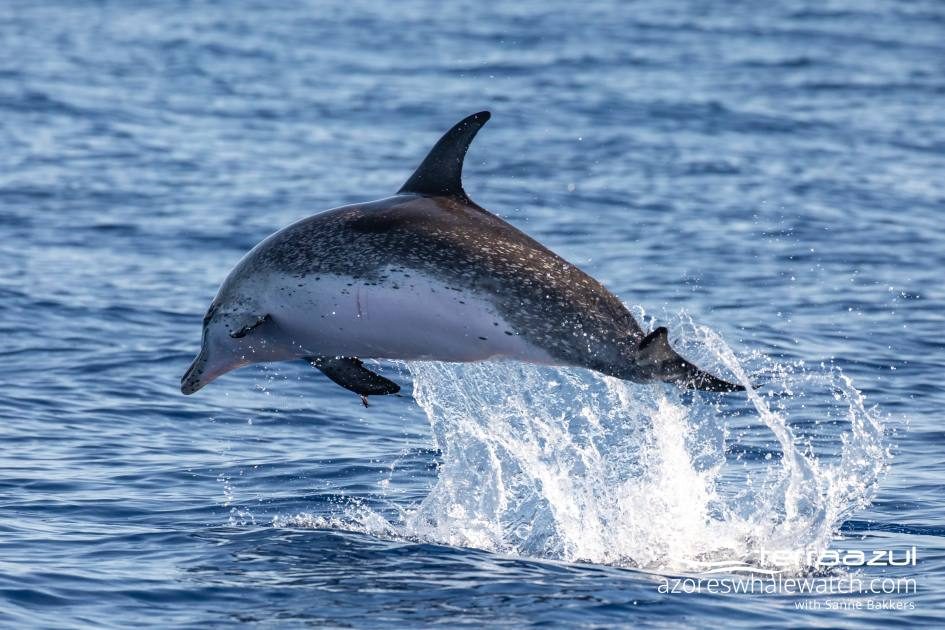 An adult Atlantic spotted dolphin leaping out of the water. Photo from our image library.

The second species we saw on our tour were the sperm whales. A group of adult females and their young that were on a feeding bout; spread out over a wider area. Right when we arrived at the whale zone, two individuals raised their flukes to go off on a deep feeding dive. But not to worry because more whales soon returned from the ocean deeps. The first sperm whale that we saw logging on the surface was an individual with light markings around her dorsal fin. The second sperm whale had markings on her tail flukes. Meanwhile, we also got to see a sperm whale breaching in the distance!

Last but not least, we spent a little bit of time with a pod of common dolphins.

Did we get you excited for a whale and dolphin watching experience of your own? Or do you want to learn more about these animals in the Azores? Come visit our office in Vila Franca do Campo. Until next time!