Sei whale on the way ! 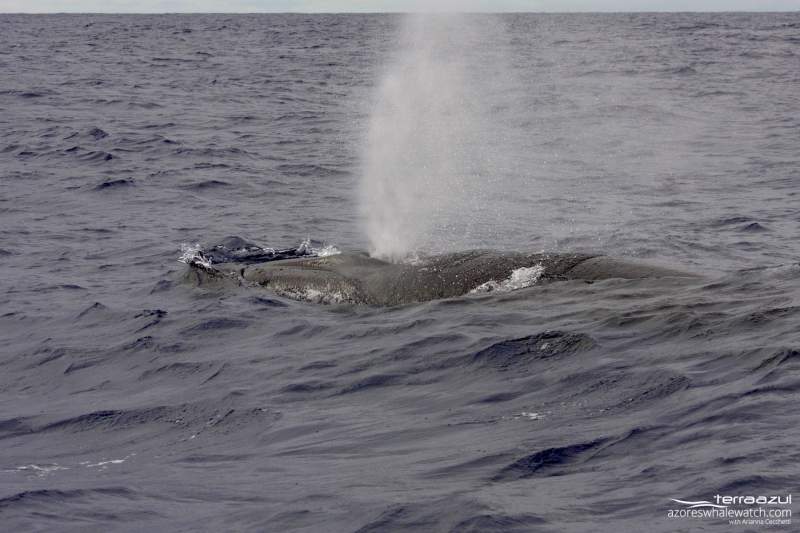 The East wind was blowing and slowly the waves were getting bigger, but none of this mattered. The tour started when we encountered the beautiful pod of Common dolphins, it was the same pod that we saw yesterday. The young Common dolphins were hunting and learning to coordinate as the truly master hunters they are when finding fish is at stake.

Not far away four beautiful Risso’s dolphins were spotted by our lookout, the scene of the mother with her round white head and her grey calf was beautiful. Risso’s dolphins can be very shy. The most interesting when whale-watching is admiring the animals, and understanding the different behaviours they have. 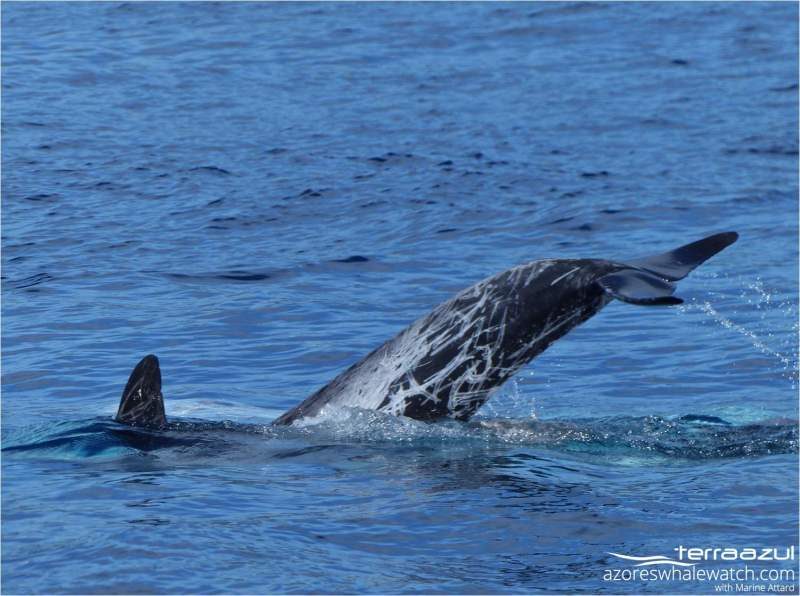 We navigated East, seven miles off the coast, we were looking for a blow, the wind was blowing as well. Our patient and excited whale watchers were able to admire one of the third biggest rorqual whales in the world. The Sei whale, Sei whales migrate from cool sub-polar waters to tropical semi-tropical waters. So this individual was traveling through the Azores. It is an endangered species, rare and beautiful to observe. So nothing less to add but, East wind you may blow but the Sei whale blew our minds !!!!!