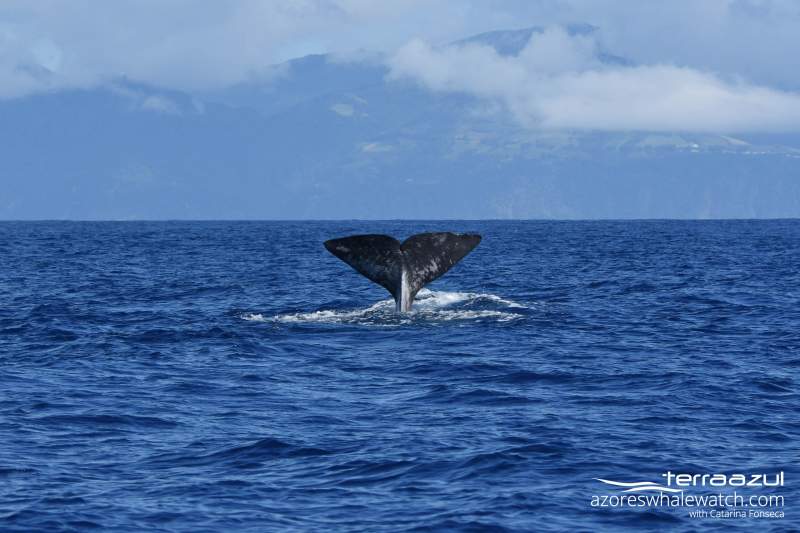 Today started as the perfect day to go to the sea: flat seas and clear sunny skies!

Early in the morning we headed off with our Swimming with Dolphins and Whale Watching tours. Even the animals were happy today so they made the day even better 😀

During the whale watching, we first met our faithful Common dolphins. They were very relaxed chasing some fish with the Cory’s shearwaters. Not all of them seemed to be so interested in eating and were just playing around 😀
During the swimming and the whale watching in the afternoon, we observed a huge group of Common dolphins, showing their body in spectacular jumps and breaching in different ways. 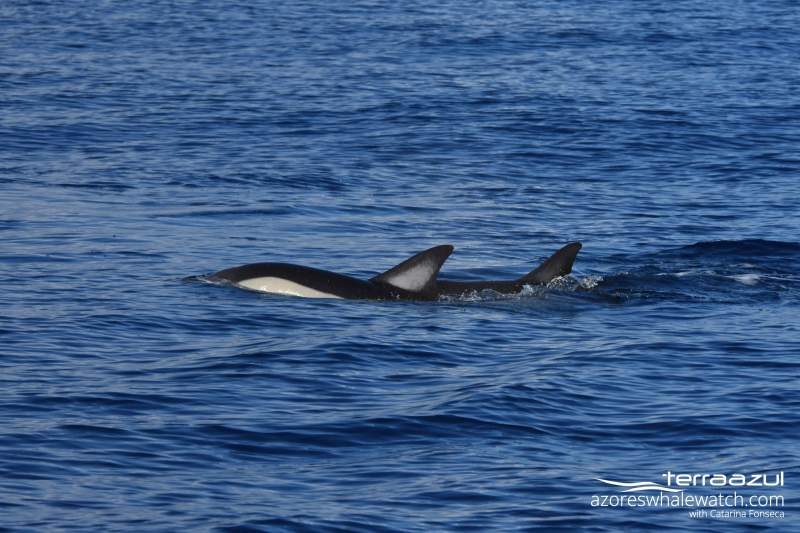 One juvenile had so much fun, that he jumped many times out to show us his ability and his funny character! 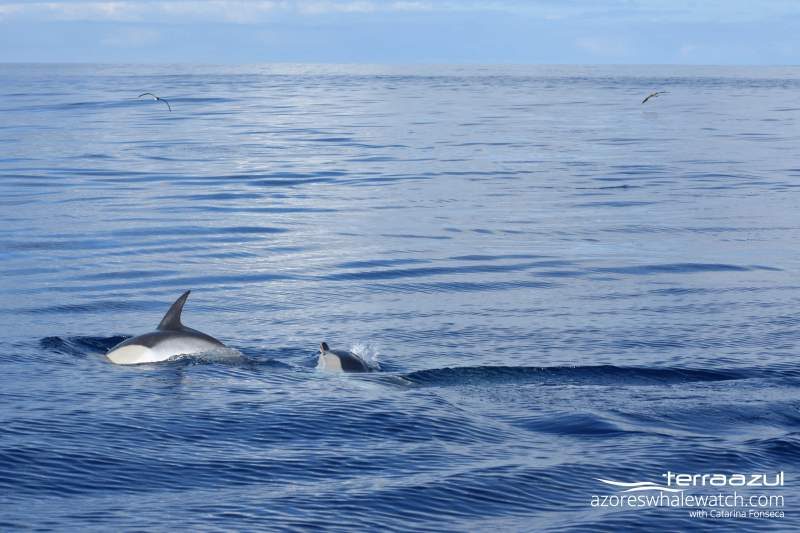 Even a little calf was feeling adventurous, coming away from the mother to check out our bright yellow boat!
Later in the afternoon we swam with Common dolphins again, and we got to see a real underwater spectacle as the giant baitballs of Sardines were moving in dense groups near our boat, and the dolphins were picking out the fish from them. Hard to imagine how that must have looked like from the boat 🙂 but it was an amazing sight. Then we got a special visitor – a giant Sunfish (mola mola) which is the largest and heaviest bony fish that exists today. It’s average size is 2 meters in length. We also had a quick swim with this one 😉 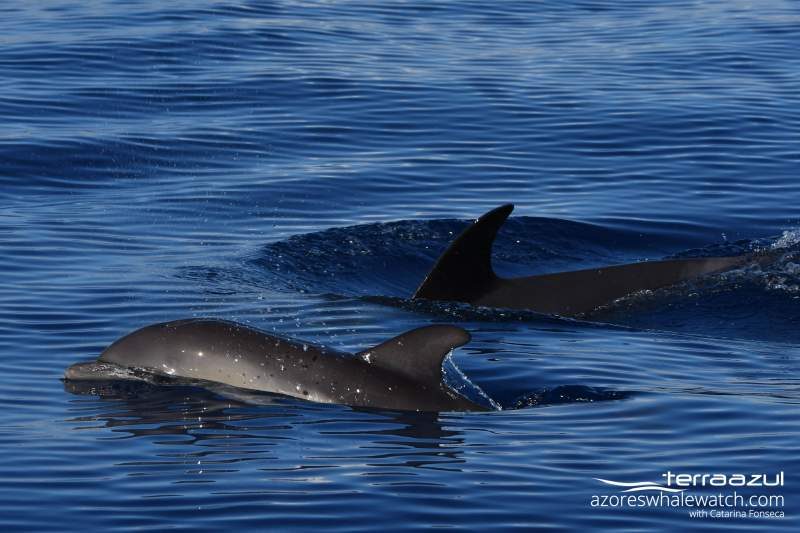 Common dolphin calf that came to check the boat

While we were with them, our lookout spotted some Spermwhales jumping in the distance!! So off we went to see them 😀 When we got there they made us wait for a while but we can always count on the Atlantic Spotted dolphins to keep us entretained! A big group was foraging but also coming to play with us. At least 30 of the Atlantic Spotted dolphins did synchronized jumps made the observation even better! What a view 🙂

Finally, the Sperm whales decided to grace us with their presence! A mother and two young whales stayed at the surface for a while, giving us all a wonderful view 🙂 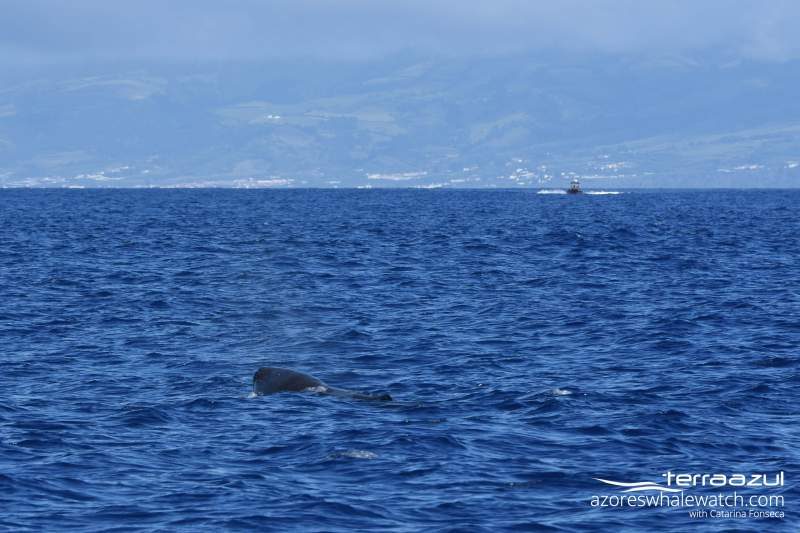 Sperm whale calf with TAIII at the distance 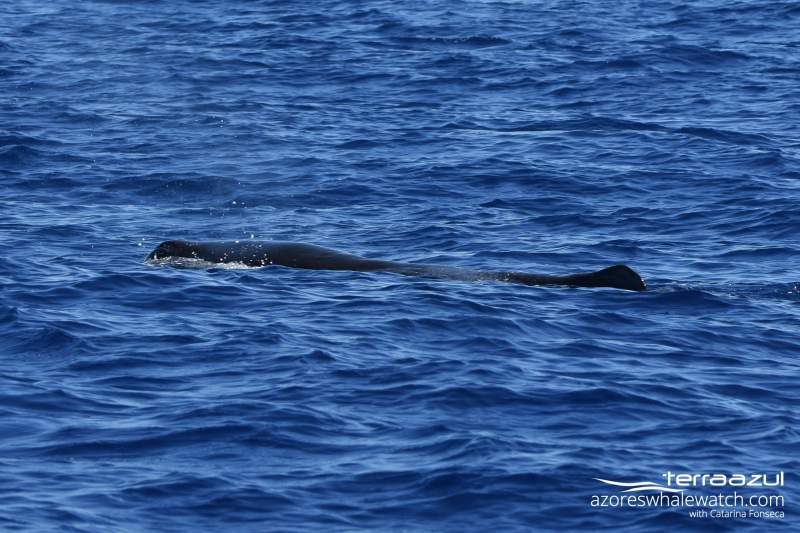 Stay tuned for more adventures with the team of Terra Azul 🙂