A surprising end of the month 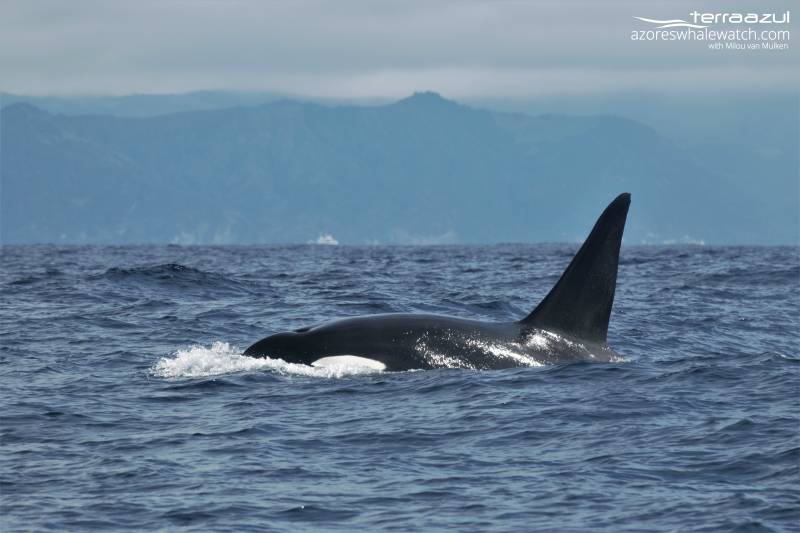 After 4 days of being stuck on land, mother nature had a big surprise for us this morning. Orcas!
I guess we deserved this special morning after so many days of dissapointing weather. The sea was flat and grey, but you could predict in the sky that something mysterious was coming. So it did.

The group was made up of 2 large males (see tall dorsal fins), 1 smaller male, several females and 1 calf. It must have been around 10 individuals. 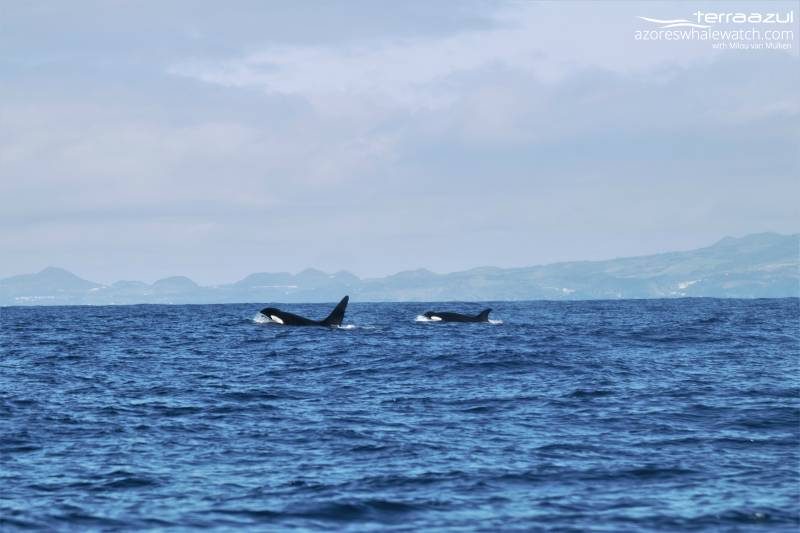 But let’s not forget that the other sightings are just as special. During this trip we also saw a Blue whale and a Fin whale travelling together, and a good group of Common dolphins. 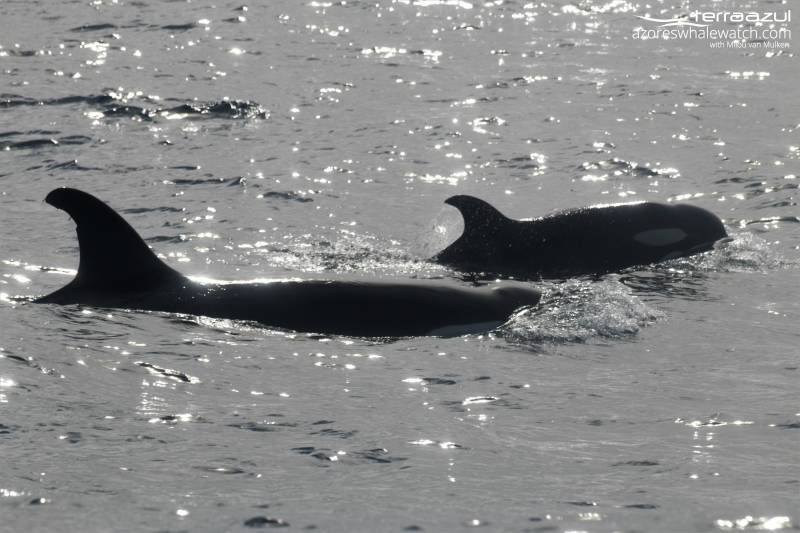 In the afternoon tour we travelled a long way to the West to see sei whales and blue whales. After seeing the towering blow of the blue whale from distance, the whale surfaced three times and it took a deep dive showing the fluke twice.

On the way back a nice group of socializing common dolphins appeared next to our boat. 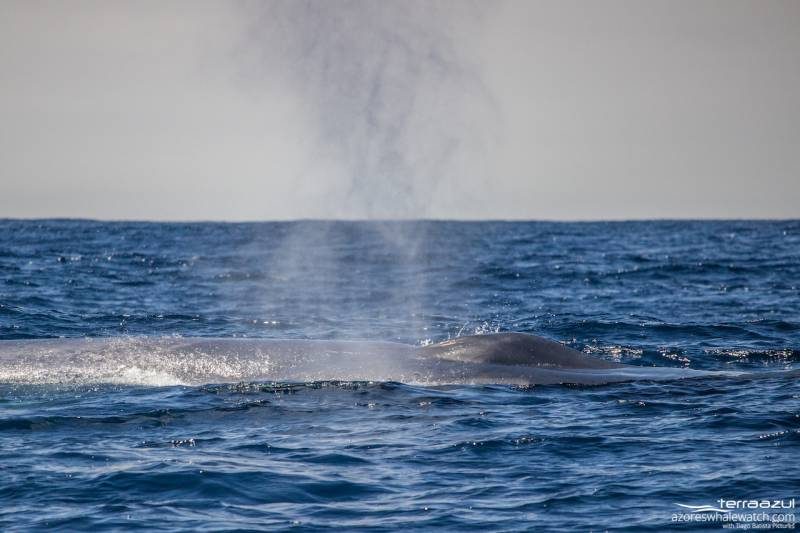 In the late afternoon the Orcas had been long gone as they usually do, and the Blue whale also decided it was time for the weekend break. So, we spent time with an amazing and ever-so-active group of Striped dolphins. They came mixed in a group of common dolphins who seemed to be just as excited as the Striped.

Below some extra photos of the Orcas from today, taken by our captain Tiago Batista. Meanwhile driving the boat he managed to capture these fabulous shots. This is what we call a real multitasker! What a great ending for this month! 🙂 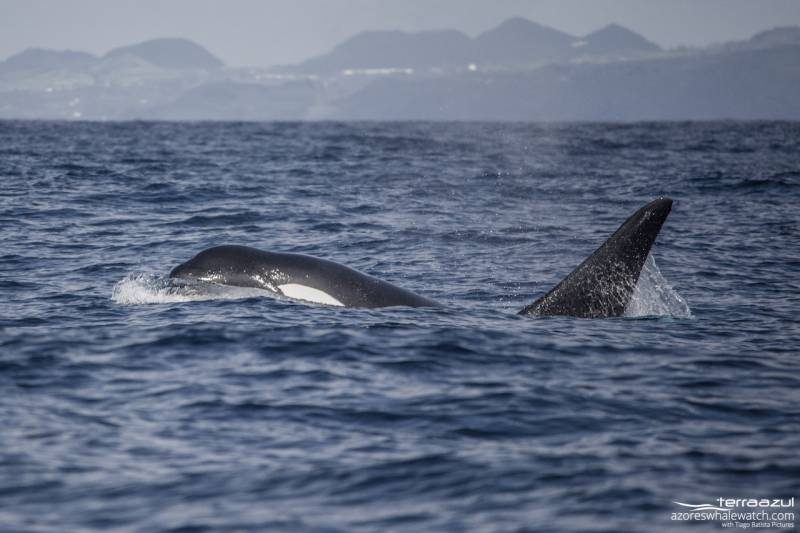 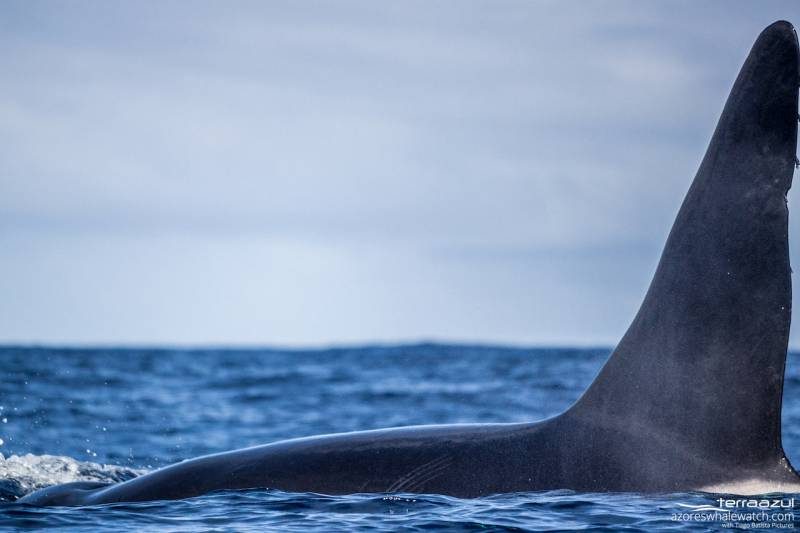