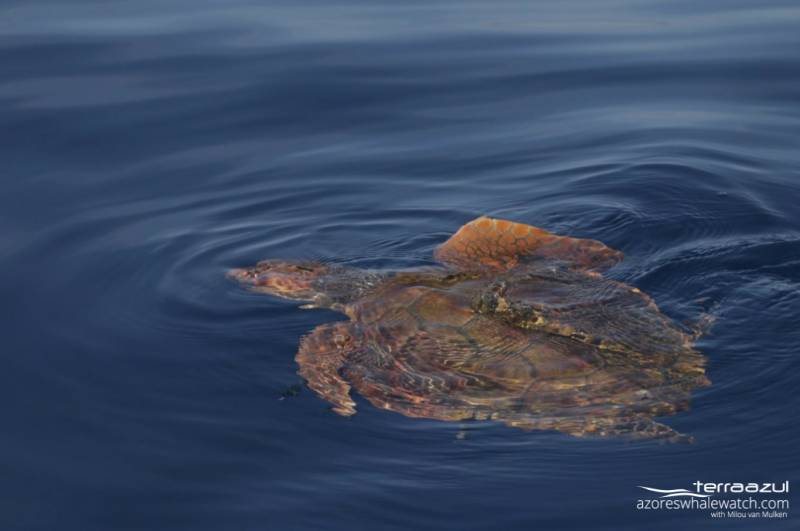 Yesterday (07-04-2017) we started with pretty good ocean conditions in the morning, and so we had sightings of Risso´s Dolphins and Beaked Whales! The Beaked Whales were probably Sowerby´s but before we came close enough to say with certainty they already went for an everlasting dive….

In the early afternoon we saw Common Dolphins and in the late afternoon as well. But the winners of today were the loggerhead turtles that we saw in every trip. From giants to tiny babies! Also the Portuguese Man O’War polyps were floating along in all different sizes and we must have seen at least 200 of them. 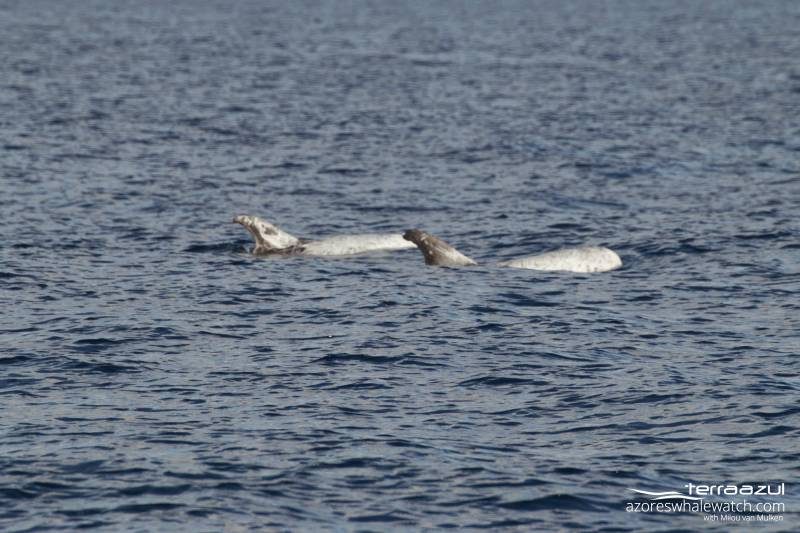 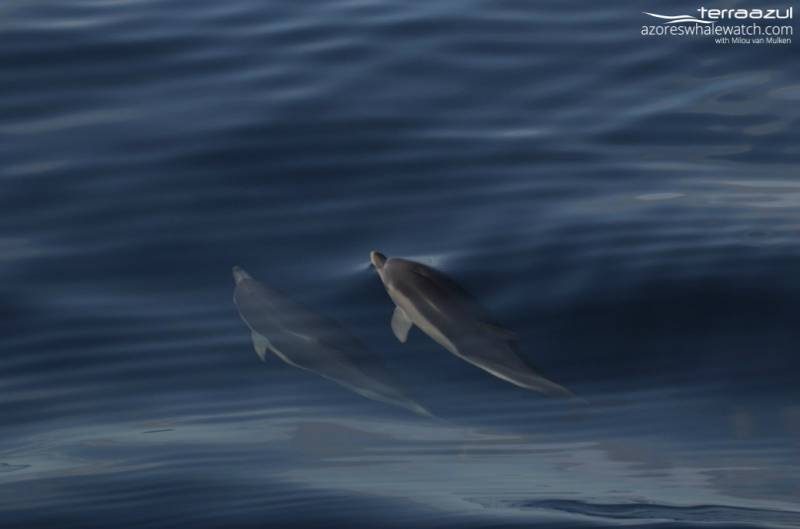