I am often told by people who want to come on one of our tours, that they already have seen dolphins. But let me ask you, have you ever seen a Risso’s Dolphin (Grampus griseus) ?

I would like to take this opportunity to talk about the fifth largest species of dolphin, the Risso’s Dolphin (Grampus griseus). These amazing animals are one of the resident species that populate Azorian waters.

These toothed dolphins are social mammals and one of the deep diving species, due to the fact that they feed only on cephalopods, commonly known as squid, octopus and cuttlefish.

Not only have Risso’s Dolphins a round shaped head but also a remarquable white coloration that occurs with age. Marine mammals are quite social and with social interactions there can be a physical consequence. In this case scarring may occur amongst animals. Scratching amongst adults is common as a social interaction and the outcome is a white coloration of the upper body. Calves are born silvery grey and as they age the skin coloration changes. Scratching and coloration of a Risso’s Dolphin are what allows to identify them them as individuals since scarring coloration is unique to every dolphin. Males are particularly whiter than females due to male-male interactions. Observing this is quite a unique thing when going out at sea and encountering these mesmerizing mammals. 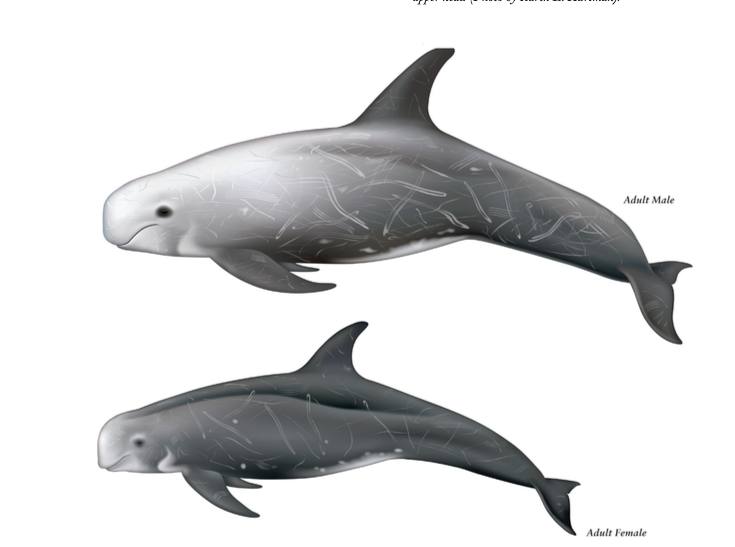 In Azores due to the location of the islands in the Atlantic Ocean, a population of 1250 individuals have been monitored by scientist over the last 17 years. Bringing a vast information in the scientific community regarding the behaviour of the white-round headed Risso’s Dolphin.

Not only are these amazing dolphins an unforgettable sight but in Azores the population has a unique social structure were adults are grouped by age and sex classes.

So come and learn more about Risso’s Dolphins of the Azores. And never forget, Dolphins are awesome…