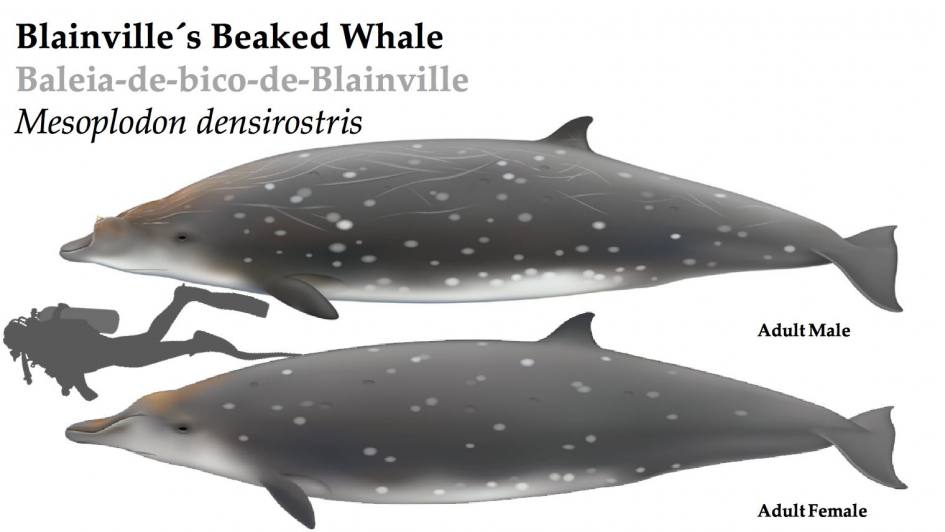 Blainville’s Beaked Whale, Mesoplodon densirostris, is probably the most robust and deep-bodied member of the genus Mesoplodon, which includes 15 of the 24 known species of beaked whales. Mesoplodonts derive their latin name from the presence of a pair of teeth which only erupt in the low jaw of adult males. Teeth shape and position in the jaw varies depending on the species. Moreover, as the latin name densirostris suggests, the rostrum of Blainville’s Beaked Whale have a very dense bone structure. 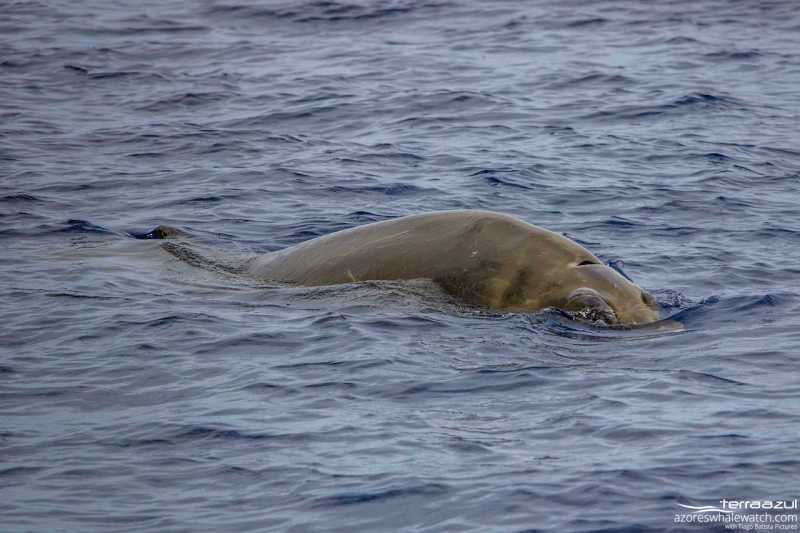 Head: Indistinct melon, the forehead slopes onto the long beak.

Teeth: Large pointed tooth on each side of the strongly arched lower jaw (mature male). 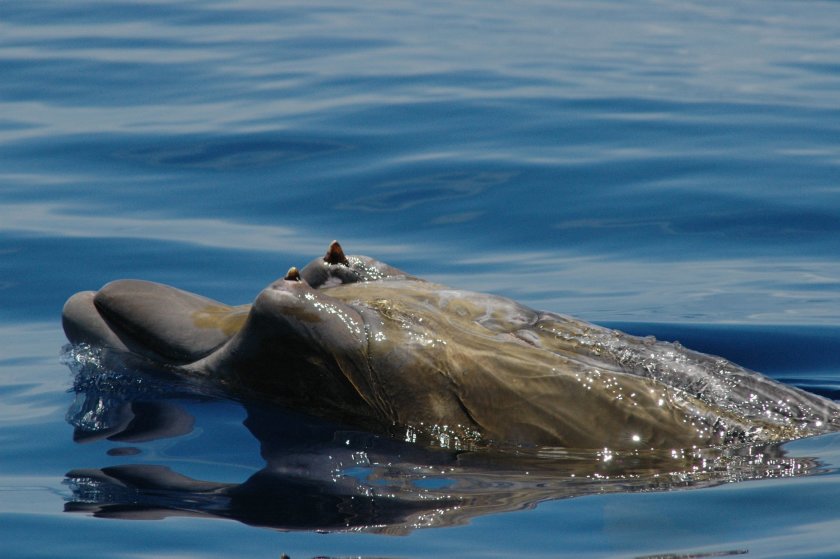 Adult male with tusks clearly visible on the rim of the protruding lower jaw.

Sexual maturity is reached at the age of 9 years old.The gestation lasts about 12 months. Females usually give birth every 2-3 years.  At birth, calves measure around 1.9-2.6 meters in length. Very little is known about their reproduction. 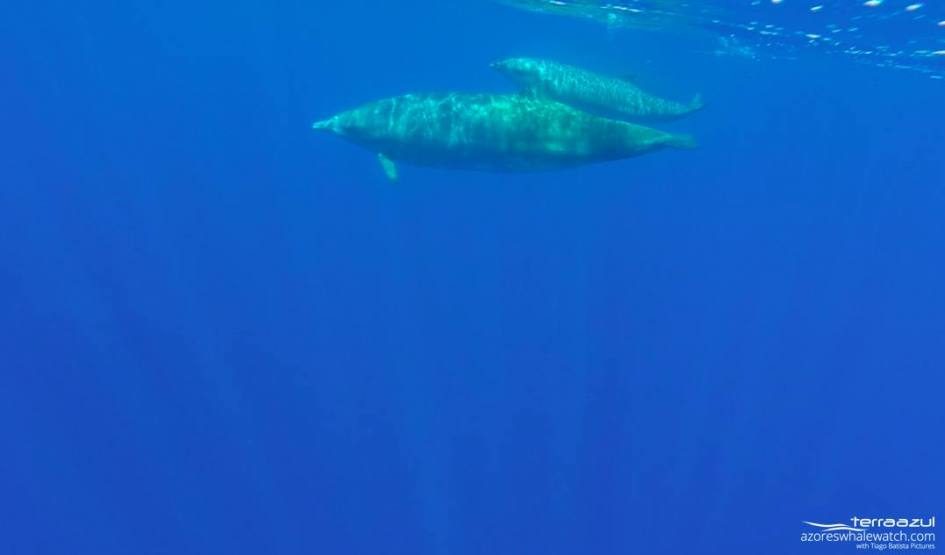 Usually solitary, Blainville’s Beaked Whales sometimes form small groups of 3-7, up to 10 individuals. Scars caused by the two teeth are typical, especially on males, probably due to aggressive behavior during competition for mating opportunities. 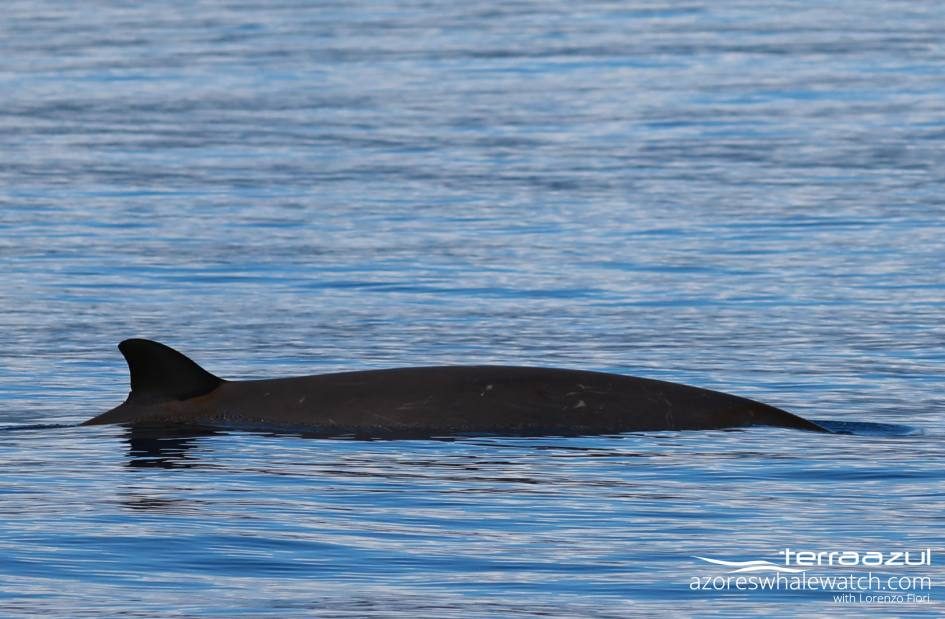 Blainville’s Beaked Whales seem to be most of the time in silence, in particular in proximity of the surface. This cryptic behavior is presumably a strategy to avoid detection by predators such as killer whales or false killer whales. Echolocation (click/buzz and rasps/whistles) is used to locate prey on deep dives. Here you can listen to Blainville’s Beaked Whale clicks and buzz recorded by the University of La Laguna, Canary Islands, Spain. The buzz seems to be produced when the whale is closing in to its prey just before to capture it.