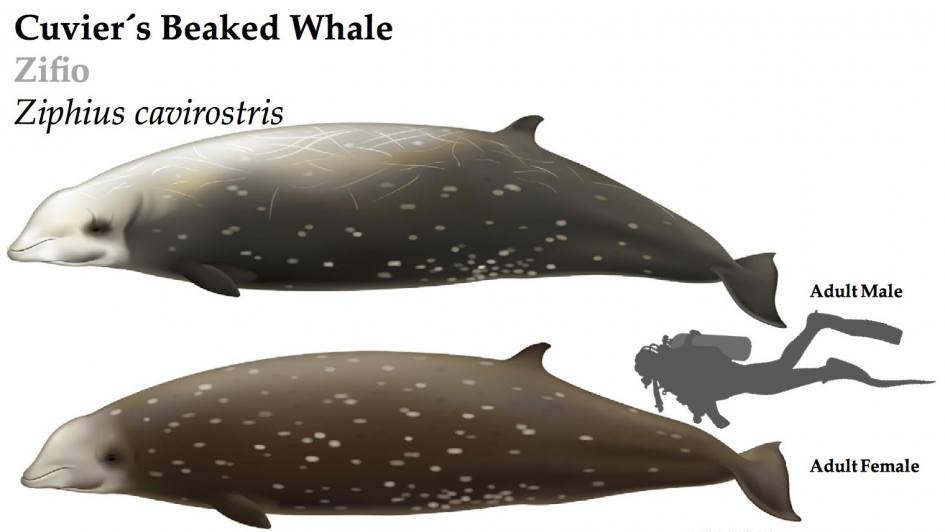 Cuvier’s Beaked Whales, Ziphius cavirostris, are the second largest beaked whales in the Archipelago of the Azores. They are the record divers among mammals, as they hold the longest and deepest dive ever recorded for any mammal (Sperm Whale seems able to dive at similar depths but it is yet to be verified). Cuvier’s Beaked Whales Latin name « cavirostris » derives from the latin “cavus” which means “hollow or concave”. Sometimes, you may hear them called the Goose Beaked Whale. That is due to the head being similar to the shape of a goose beak.

Individual breaching with the two throat groves visible and greenish coloration n the its flanks probably due to diatom algae growing on the skin. 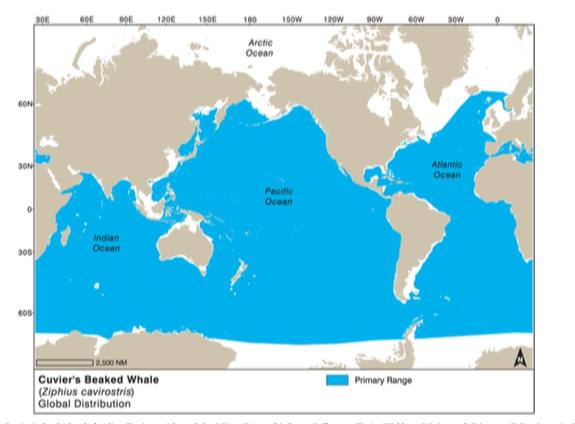 Color: The back is most commonly brownish-grey (ranging from dark grey to reddish brown), and the ventral part/head is much lighter. The head is usually white with darker patch around the eyes. Old males are turning whiter on the back and on the head. Skin marked by Cookie-cutter sharks bites.
Head: Torpedo-shaped and robust body with a cone-shaped head. Stubby beak and two throat grooves.
Fins: Dorsal fin situated at two-thirds of the back. Large tail fluke.
Teeth: A pair of teeth at the tip of the lower jaw (mature male). 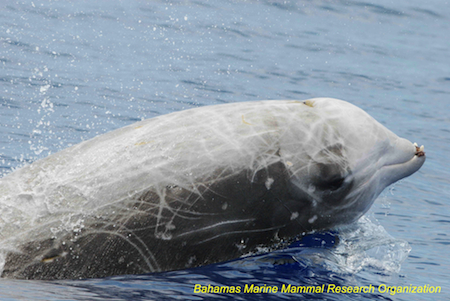 Sexual maturity is reached at the age of 7-11 years. The gestation lasts about 12 months. Females usually give birth every 2-3 years. At birth, calves measure around 2.5 meters in length. Very little is known about their reproduction.

Cuvier’s Beaked Whales form groups of 3-12 individuals. Larger groups appear to be segregated by age and sex. Males are often seen alone but interact aggressively between each other leaving scars on the skin with the two teeth at the tip of the jaw. As other Beaked Whales, Cuvier’s Beaked Whales and shy and unobtrusive once at the surface. 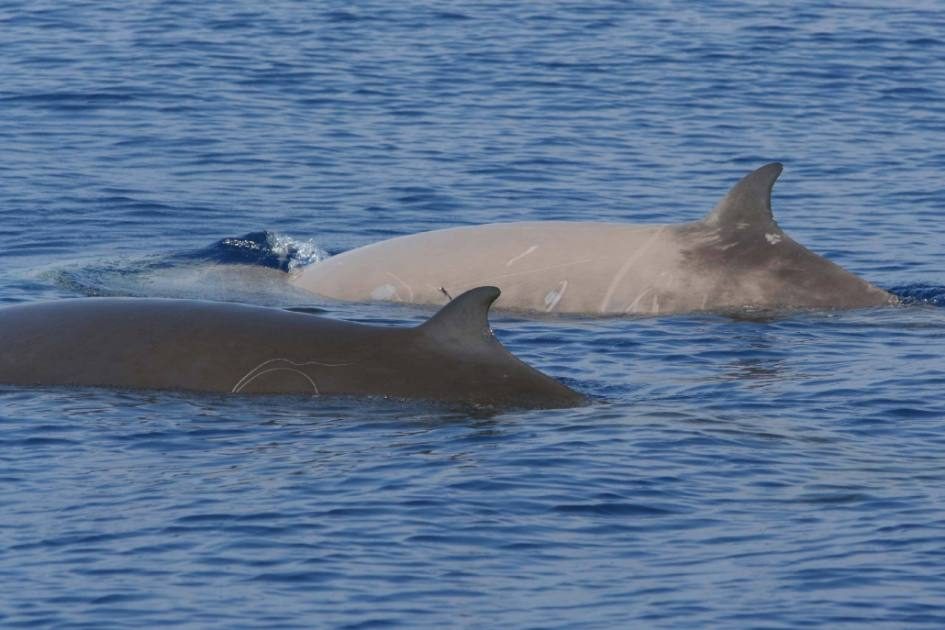 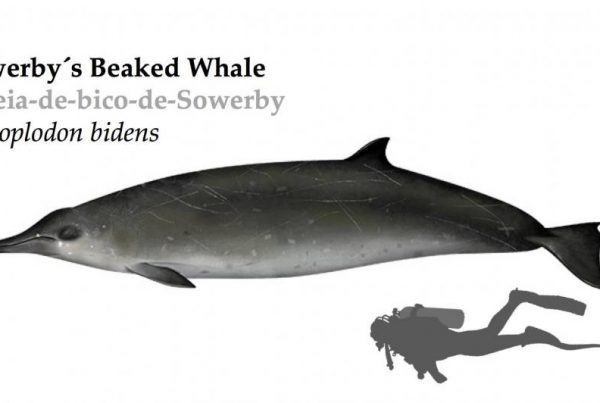