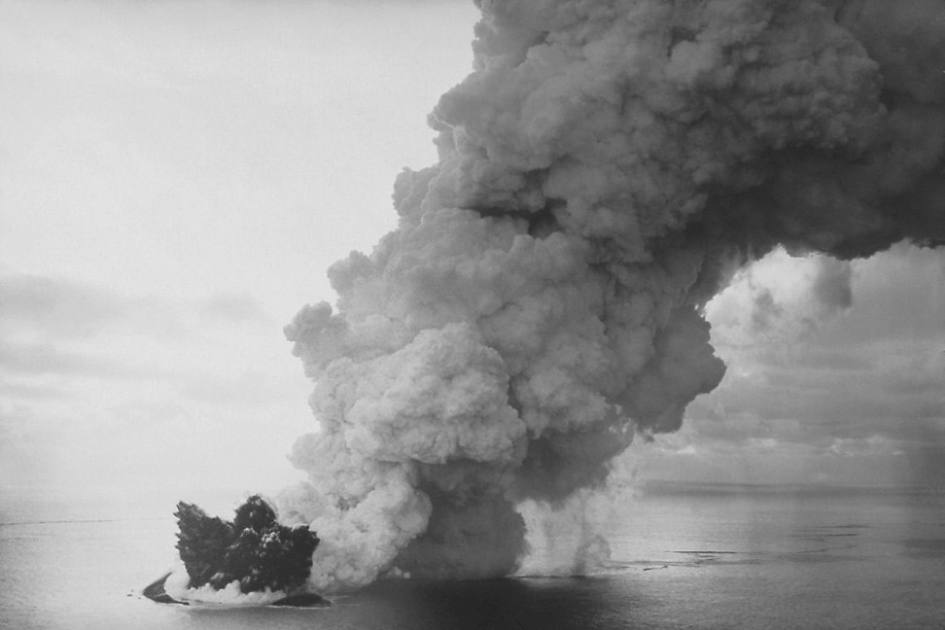 Example of a surtseyan eruption 1963 on the volcanic island “Surtsey” close to Iceland. You can see the pyroclastic cone consisting primarily of ash. Source: National Centers for Environmental Information

There it is… the Ilhéu de Vila Franca do Campo. An idyllic snorkeling paradise with an almost perfectly shaped pool inside of the island – also called the Princess Ring. Visited by around 400 people each day and home to a bunch of seabirds, such as Cory´s Shearwater, Common Tern, the Yellowlegged Seagull or even the Madeiran Strom Petrel. But if we turn back time, the dream island was anything but quiet. The origin of the island is volcanic and with an age of around 4000 years, geologically seen it is still fairly young. 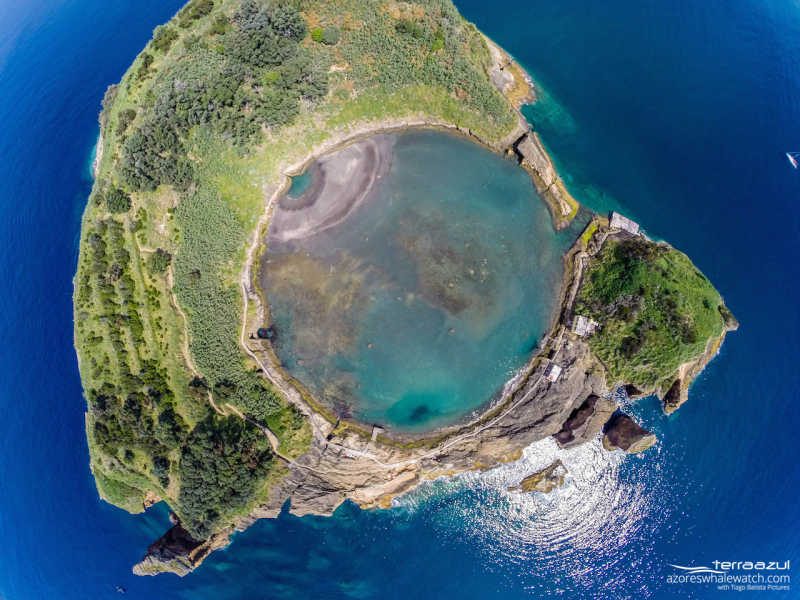 Top view of the Ilhéu de Vila Franca, with visibility of the perfectly shaped remains of the ancient crater, which is now a natural pool with a depth of ~1-2 meters

When the volcanic activity began, the volcano was still completely submerged. Imagine the extremely hot magma coming in contact with the cold oceanic water: BOOM! The thermal shocks were tremendous and caused violent explosions with a mixture of water vapor clouds and cupressoid ash. Accordingly, the volcano type is now classified as surtseyan (submarine eruption). 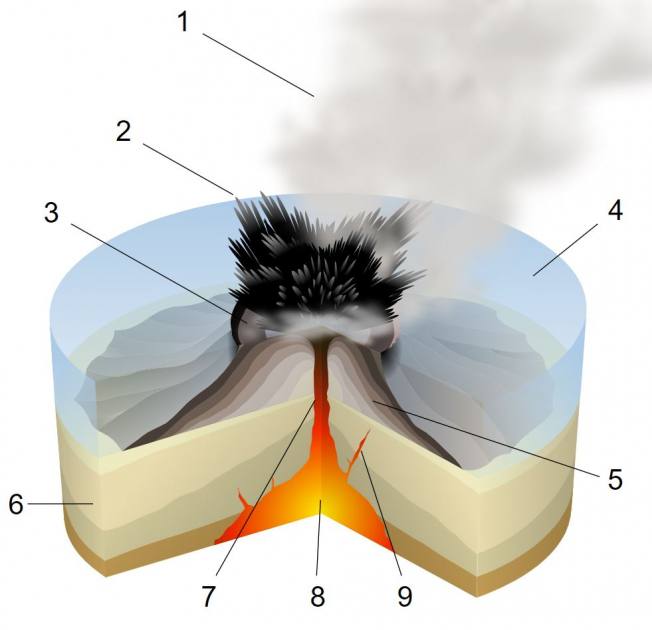 Now a little bit about the physical background. So what is steam actually? Steam is water in gaseous form. For the process of turning liquid water into gas a lot of thermal energy is required. This energy is called enthalpy of vaporization. During this transformation of the water into the gas phase, the volume of the molecules can increase by a factor of 1.700 (depending on the pressure). Maybe now you are able to understand, why the water vapor cloud of surtseyan eruptions is so colossal.

Visualization of subsurface hydrovolcanic activity. (a) first contact of magma with watersaturated sediment, (b) development of vapor, (c) mixing of the components, (d) explosion due to high pressure of the steam. Source: Wohletz, Zimanowski & Büttner.

In the visualization of the subsurface volcanic activity above, you can see how the pressure of the super hot molten basaltic lava (800 – 1200°C)  inside the dry and watersaturated sediment increases. When the pressure is to high, the volcano bursts. When lava cools down very quickly, sidromelane (basaltic glass) is formed. This mineraloid is converted into palagonite by subsequent geological processes. In a period of approximately 20 years, the blackish ash turns brown-yellowish. 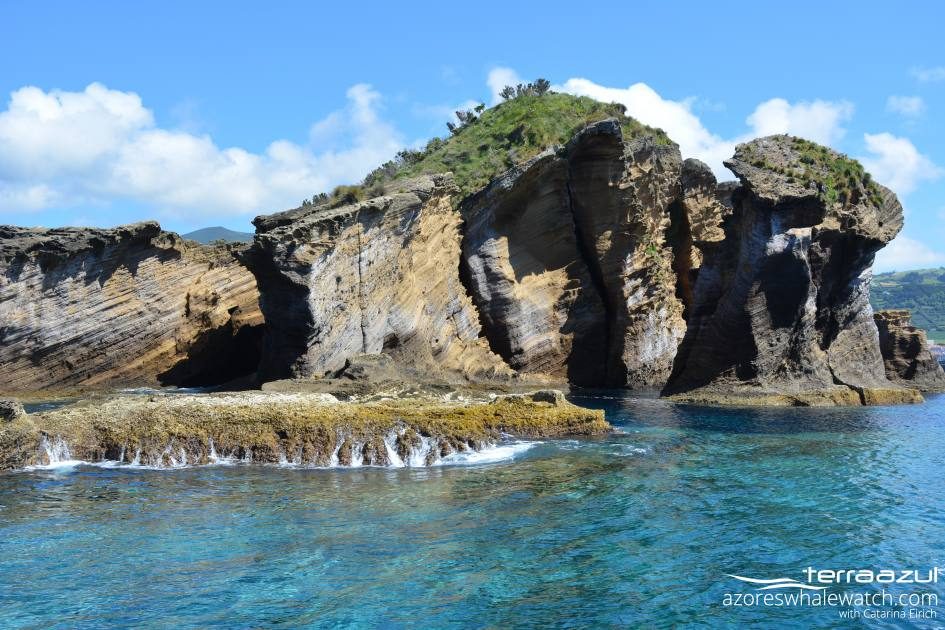 Today we are still able to whitness the explosions by looking at the different layers of palagonitic tuffs that shape and form the island. Inside of those layers you can see black basaltic lava blocks that were ejected from the volcanic vent during the eruptions. An accumulation of coarse material indicates high lava levels and thicker layers are a sign of continuous lava flows. The layers are deformed due to tectonic movements and earthquakes in the 16th century, like the volcanic eruption inside the Fogo lake 1563. The seabirds living on the island use the rock as nesting sites, visible as holes in the walls. Due to its conservation value, the Island has been declared as Nature reserve since 1983.