Blue Whales are still around… 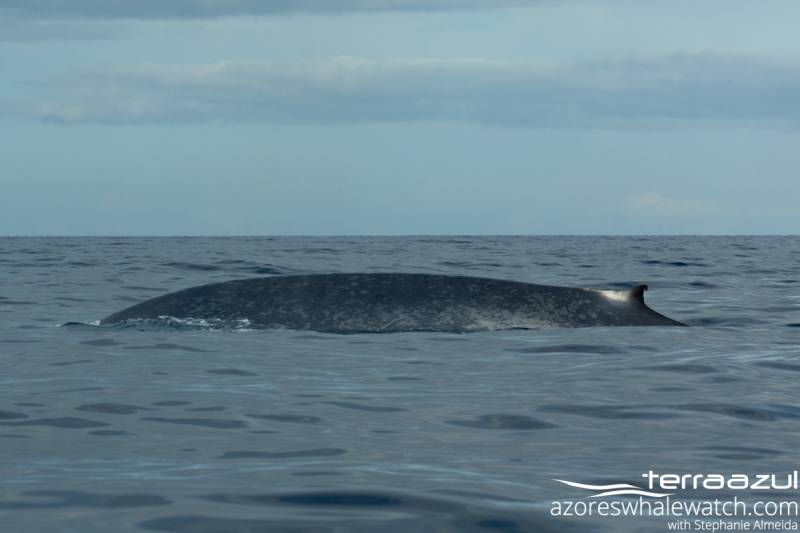 On this morning tour we had flat seas, sunny skies, a light breeze and Blue Whales again! Two of them!

Both were travelling but letting us keep up with them for quite a while. It seems that they are here to stay for a while!

Also sighted was a group of Risso’s Dolphins near to shore and Filipe’s lookout. 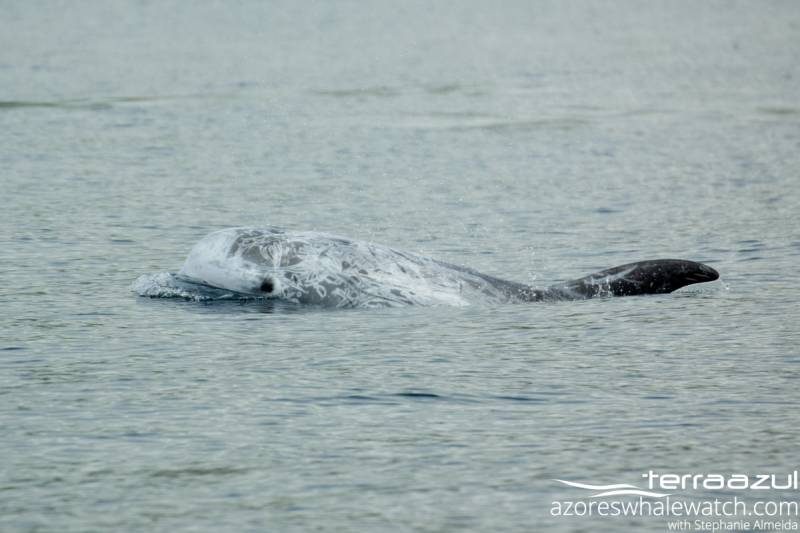 In both afternoon tours we had again a resident species of dolphins, the bottlenose. It was a very nice group of them about 30 individuals including juveniles and calves. They were socializing, so body contact among individuals was observed as well as some aerial activity such as breaching. One individual had tooth-rakes on the front part of the body indicating intraspecific interaction, and the tip of its dorsal fin was full of barnacles. 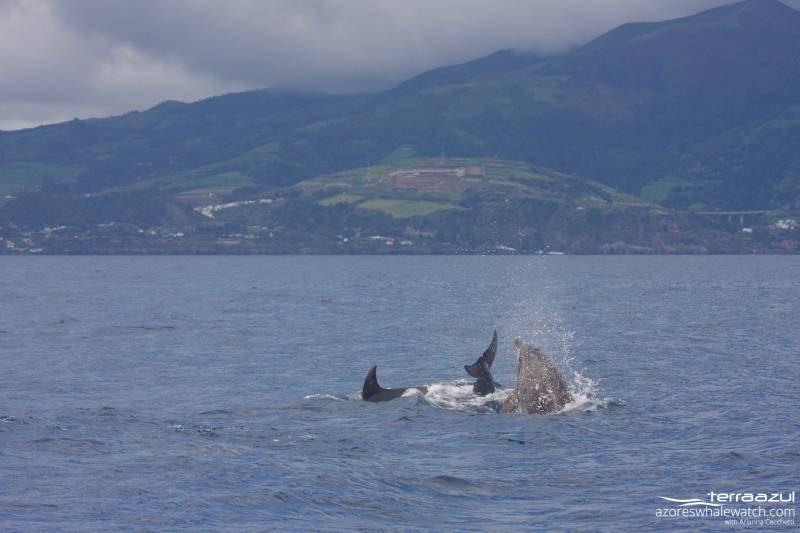 We also saw again baleen whales, first a fin whale and in the later tour a blue whale. The fin whale was the same one seen yesterday, recognizable by its elongated and rounded dorsal fin. In both tours patience was the protagonist as these whales were letting us wait for a while before showing up. Nevertheless, it was worth it 🙂 These gentle giants made our day again 🙂 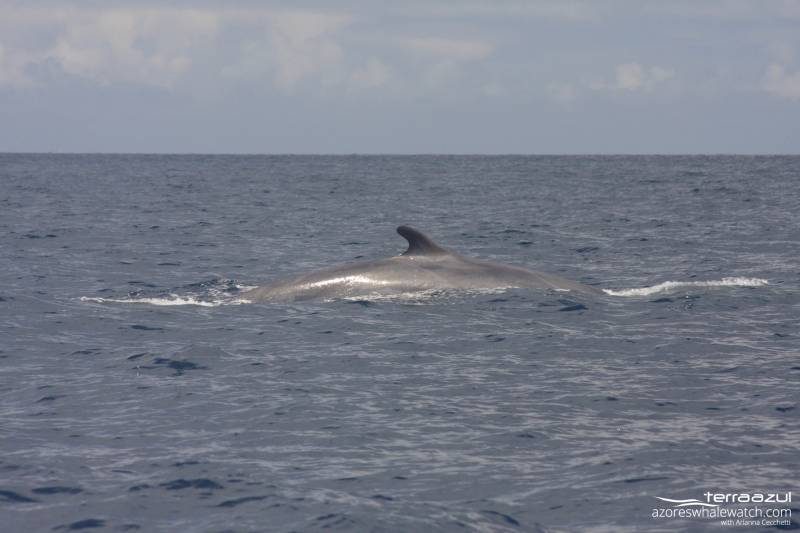